Live Nation gives us another reason to hate it 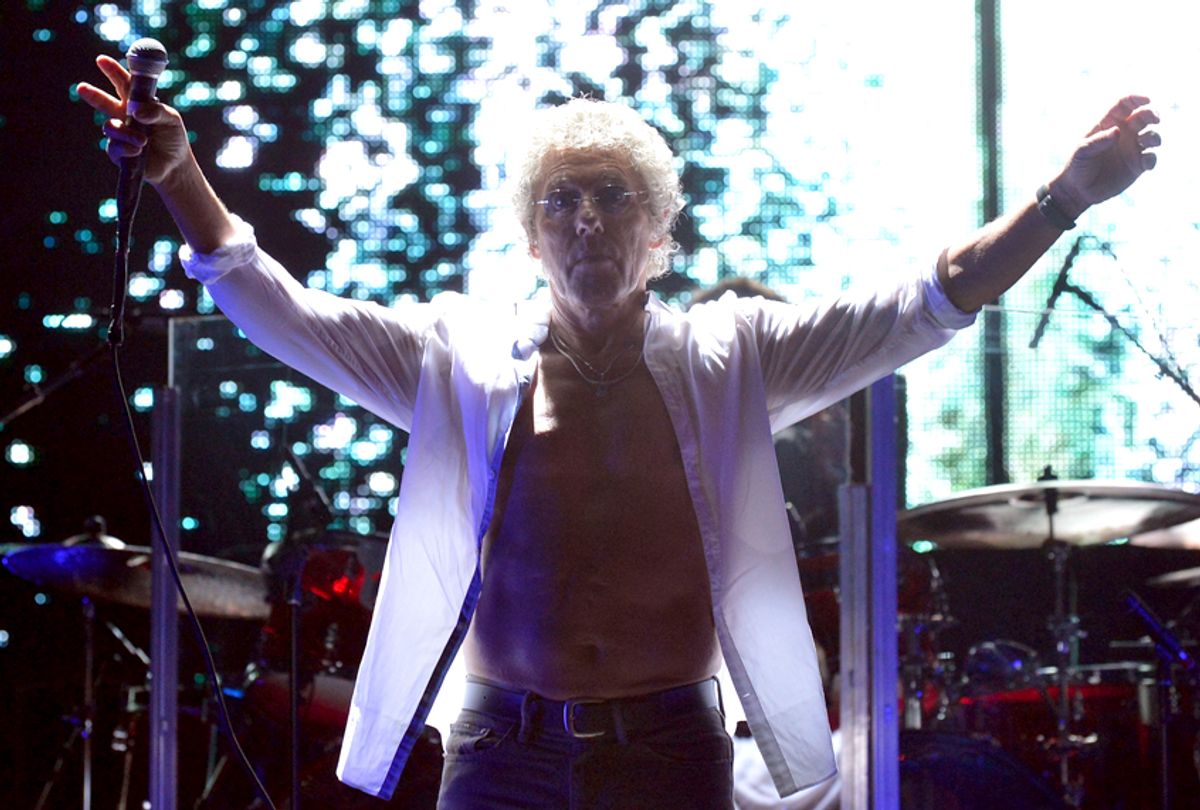 The Who's Roger Daltrey performs during at the Arena at Gwinnett Center. In 2013, Live Nation neglected to use the Gwinnett Center when the center switched from Ticketmaster to AEG. (Getty/Rick Diamond)
--

Department of Justice officials are looking into the business practices of Live Nation, the world's biggest concert promoter after its 2010 merger with leading ticket company Ticketmaster.

The Live Nation empire has come under fire amid serious allegations, which the Justice Department is reviewing, according to a new report by the New York Times — that the company has pressured venues into using its subsidiary Ticketmaster as a vendor. "The company’s chief competitor, AEG, has told the officials that venues it manages that serve Atlanta; Las Vegas; Minneapolis; Salt Lake City; Louisville, Ky.; and Oakland, Calif., were told they would lose valuable shows if Ticketmaster was not used as a vendor," the Times reported, adding that it would be considered "a possible violation of antitrust law."

When the two already dominant companies merged in 2010, critics worried that ticket competitors would be disabled and that the industry would be monopolized. But federal officials who approved the merge tried to appease the warnings, indicating that a consent decree they negotiated would actually boost competition and bar oligopoly. The country’s leading antitrust regulator even said that the merge may reduce ticket prices and service fees, the Times noted.

However, as anyone who attends concerts knows in 2018, ticket prices and service fees are at record highs and, Live Nation currently tickets 80 of the top 100 venues across the country.

The Times cited an example from a 2013 Matchbox Twenty show in Atlanta when Live Nation opted to use a different venue instead of the  Gwinnett Center — now known as the Infinite Energy Arena.

"Gwinnett’s booking director, Dan Markham, worried his venue was being punished, according to emails he wrote at the time. The center had just replaced Ticketmaster with a service controlled by AEG," the Times reported. "'Don’t abandon Gwinnett,' he wrote to a Live Nation talent coordinator. 'If there’s an issue or issues let’s address.'" The Live Nation coordinator responded: "Issue? Three letters. Can you guess what they are?," seemingly AEG.

"What happened in Atlanta is just one example of what has been occurring much more broadly," Ted Fikre, chief legal officer for AEG, told the Times.

Ticketmaster president Jared Smith responded the Times report saying: "The New York Times article suggests that any benefits of being a vertically integrated company are, in and of themselves, anticompetitive. They insinuate that we 'condition' content.  That we 'retaliate' when Ticketmaster is not selected as a venue’s ticketing partner. In short, they say we have stifled competition."

He continued, "The reality is that none of these things are true. It is absolutely against Live Nation and Ticketmaster policy to threaten venues that they won’t get any Live Nation shows if they don’t use Ticketmaster. We also do not re-route content as retaliation for a lost ticketing deal. Live Nation is the most artist-focused company in the world, and misusing our relationship with artists to 'settle scores' with venues would be both bad business and counter to our core beliefs."

But many are not convinced. As two other major mergers are being reviewed by the Justice Department: AT&T with Time Warner and the Walt Disney Company with 21st Century Fox, some are pointing to the results of Live Nation's and Ticketmaster's merge as evidence that such high-stake mergers have proven "problematic."

"The consent decree was supposed to prevent Live Nation from using its strength in live entertainment to foreclose competition in ticketing," Beau Buffier, chief of the New York Attorney General’s Antitrust Bureau, told the Times. "But it is now widely seen as the poster child for the problems that arise when enforcers adopt these temporary fixes to limit the anticompetitive effects of deeply problematic vertical mergers."

Not all of the controversy surrounding Live Nation in recent years has been confined to its alleged anti-competition. In 2015, the Washington Post published an exposé about how the company uses independent contractors at some of its venues in order to low-ball employees. The Post said this often results in workers being compensated at $10 an hour, with short shifts and no benefits for concert jobs that are often dangerous. And, especially in recent years, Ticketmaster has been highlighted for its astronomical service fees, sometimes adding 30 or 40 percent to ticket prices. Canada's Competition Bureau announced a lawsuit against Ticketmaster and its parent company Live Nation in January for what it says is "deceptive" pricing.

In 2017, Live Nation CEO Michael Rapino "admitted in emails that some of the fees Ticketmaster charges for the sale of tickets are 'not defendable,'" Billboard reported.