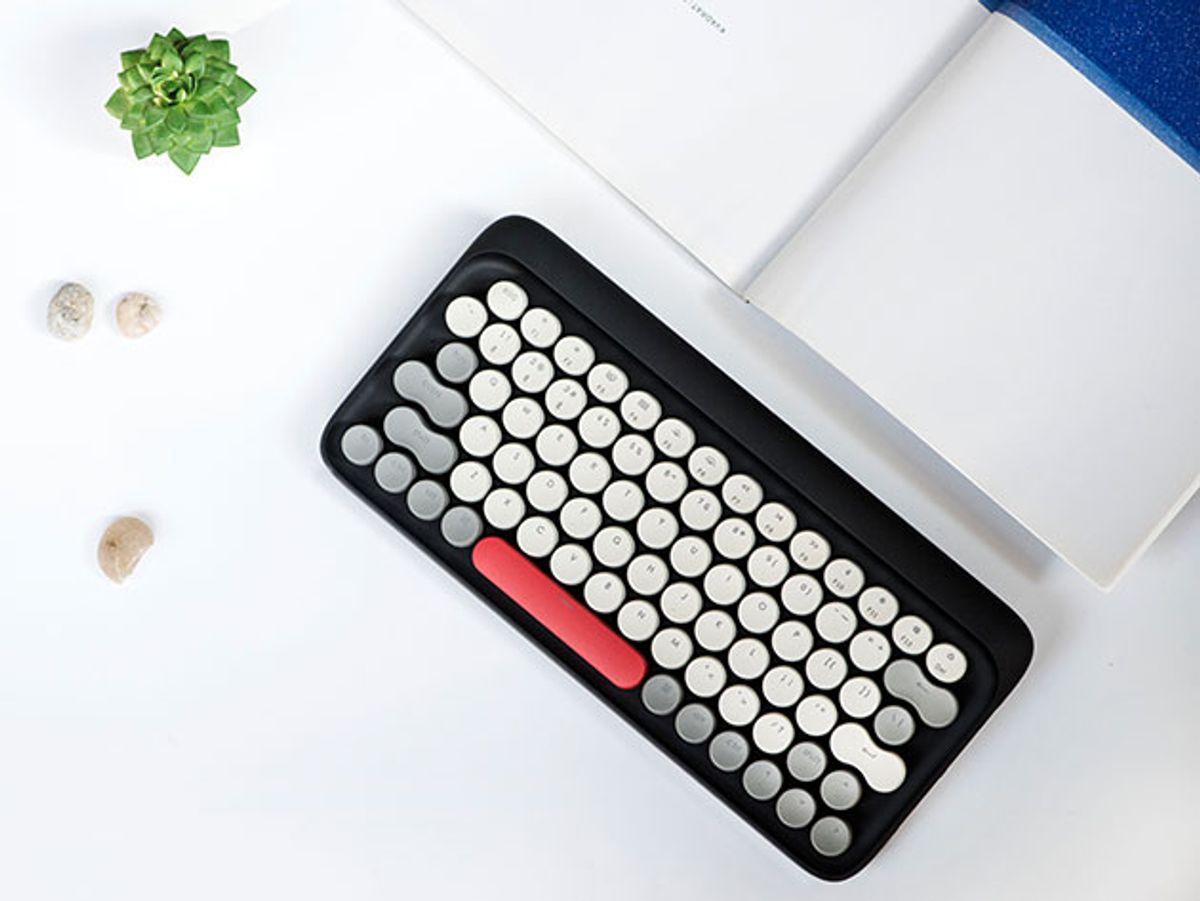 We spend a lot of time on our computers, whether to complete a work assignment, plan out a day, answer an email or catch up with friends — and while our computers are usually sleek reflections of our modern day aesthetic, our keyboards haven't quite caught up. Most keyboards are built for PC or gaming — meaning they're bulky, wired and come with features that most people wouldn't know or to use or care to take advantage of. Plus, they can contribute to an already chilly, mechanical design that you might not be so much a fan of.

That's where this Lofree Four Seasons Wireless Keyboard is special: the look is inspired by old typewriters, with round, friendly looking keys that encourage a softer typing process. The keys are also re-arranged to mimic the layout used by Apple keyboards (for example, the 1 button is moved to the left side of the keyboard) — although it's entirely compatible with Android, Windows, and iOS. There's even Gateron switches to make it sound like a classic keyboard (although there are no keys getting stuck with this design), making the whole experience of typing a more whimsical and elegant one.

And unlike 95% of mechanical keyboards out there, this one was built for writers, designers and pretty much anyone else who wants to have a more beautiful experience (who would have thought) while using their computer. You can use it wired or wireless, and the spherical keys, aside from looking great, are made for a more comfortable typing experience. Pair it with three different devices simultaneously — whether that's your tablet, laptop or desktop — so you don't have to worry about re-pairing it every time you alternate your device use.

There are also three different backlit settings for whatever surrounding you're in, and a battery that lasts four times longer than the average wireless keyboard — although, with an auto-sleep mode, you can extend your battery life in case you forget to turn off the keyboard yourself. The makers of the Lofree keyboard even considered the angle — during the prototyping process, they decided a 6-degree angle gives you increased stability, more comfort, and precision while typing.

This keyboard had a hugely successful IndieGoGo campaign that raised more than $700,000 — and it's pretty easy to see why. It pairs old-fashioned, beautiful craftsmanship with modern-day intelligent design: usually, this Lofree Four Seasons Wireless Keyboard is $139, but you can get it here for $99.99.