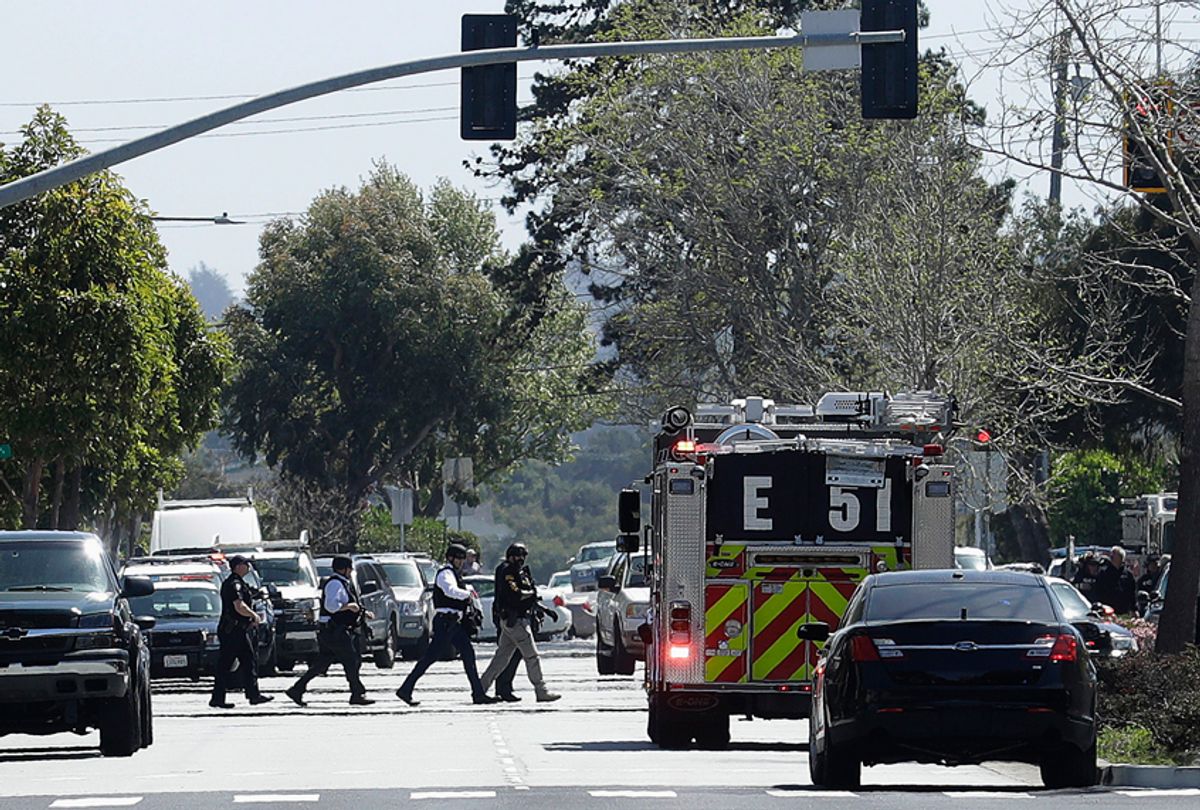 Three victims were hospitalized for gunshot wounds after a female suspect allegedly opened fire at YouTube's headquarters in San Bruno, California, prior to taking her own life, authorities said on Tuesday afternoon. The alleged shooter is a woman. The critical inflicted male victim is believed to be the suspect's boyfriend, although that hasn't been confirmed, according to varying reports.

San Bruno Police Chief Ed Barberini said in press conference that the injured had been transported with gun shot-related injuries and that one subject was "deceased with a self-inflicted wound, who [law enforcement officials] believe is the shooter."

In the aftermath of the shooting, President Donald Trump said he had been briefed on the situation, and tweeted his "thoughts and prayers" to everyone involved. "Thank you to our phenomenal law enforcement officers and first responders that are currently on the scene," he wrote.

Citing a spokesperson, Zuckerberg San Francisco General Hospital told NBC Bay Area that it had taken in patients from the incident. City Manager Connie Jackson confirmed to CNN that San Bruno had issued a "massive police and fire response" in reaction to numerous emergency calls.

YouTube employee Vadim Lavrusik tweeted that there was an "active shooter at YouTube HQ" and that he had "heard shots and saw multiple people running while at my desk." He said he was barricaded inside a room with coworkers, but about 20 minutes later he tweeted that he had been safely evacuated.

Democratic Senator Dianne Feinstein, one of the U.S. Senate's strongest advocates for gun reform, took to social media to react to the event. "My stomach sinks with yet another active shooter alert. I'm praying for the safety of everyone at YouTube headquarters," the California legislator wrote on Twitter.

Congresswoman Jackie Speier, a Democrat who survived being shot five times during the Jonestown massacre in 1978 and has devoted significant energy to the issue of gun violence, said: "I am shocked and saddened to hear about another mass shooting, this one at YouTube in my district. I am following developments and am sending prayers to the victims and survivors."

"We must take action and #EndGunViolence," Speier tweeted.

Ryan Deitsch, a survivor of the Parkland school shooting who has since emerged as an activist against gun violence, tweeted: "We will not rest until those deemed the tragic term 'shooting survivor' can live in peace, regardless of where in this country they may be."

“How much longer do we have to wait before Congress takes action to make our communities safer from gun violence?" Giffords asked.

The San Bruno Police Department said on Twitter at about 1:30 p.m. PST that it was "responding to an active shooter" near Cherry Avenue and Bay Hill Drive. Officials previously confirmed there was police activity at 901 Cherry Avenue, the address of the YouTube office, and warned people to avoid the area.

The San Francisco division of the Bureau of Alcohol, Tobacco, Firearms and Explosives confirmed on Twitter that it was also responding to the reported shooting on Tuesday afternoon.

This is a developing story. Check back in to Salon for additional updates.