H.R. McMaster delivers Russia warning on his way out 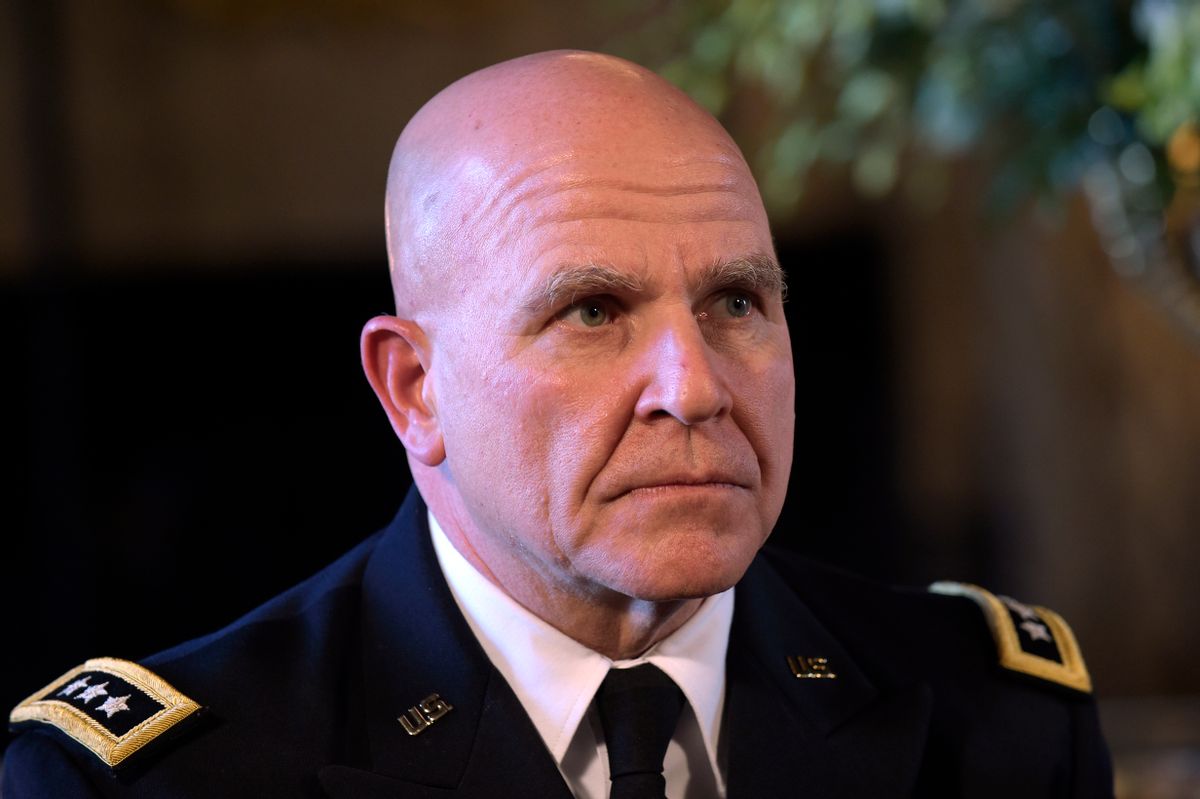 He delivered the remarks at an Atlantic Council event meant to show U.S. solidarity with its Baltic allies, and acknowledged that the West had "failed to impose sufficient costs" on Russia.

"For too long, some nations have looked the other way in the face of these threats. Russia brazenly, and implausibly denies its actions, and we have failed to impose sufficient costs," he said on Tuesday night in Washington, according to Axios. "The Kremlin’s confidence is growing, as its agents conduct their sustained campaigns to undermine our confidence in ourselves and in one another."

His words were some of the harshest that have been directed towards Russia by any member of the Trump administration.

"Mr. Putin may believe that he is winning in this new form of warfare. He may believe that his aggressive actions in Salisbury, in cyberspace, in the air and on the high seas can undermine our confidence, our institutions and our values," he continued. "Perhaps he believes that our free nations are weak and will not respond to his provocations. He is wrong."

While his departing jabs certainly didn't mince words on Russian President Vladimir Putin, McMaster stopped short of being openly critical of the Trump administration, which has come under fire by many for being too soft on the Kremlin.

McMaster instead praised Trump's decision to expel 60 Russian diplomats in retaliation of the poisoning of an ex-Russian spy and his daughter inside the United Kingdom. "This action will also help protect our democratic institutions and processes as these Russian officers orchestrate Russia's sustained campaign or propaganda, disinformation and political subversion," he said.

He went on to condemn those who "glamorize and apologize" for countries such as Russia, and claimed that Trump has "repeatedly told the truth about these murderous regimes."

McMaster is set to be replaced as the national security adviser next week by the neoconservative hawk John Bolton, former ambassador to the United Nations under the George W. Bush administration. McMaster is also not the only Trump administration official to offer some departing jabs, even if indirectly.

Former Secretary of State Rex Tillerson delivered harsh remarks about Russia just a few weeks ago. And last week, after being ousted as the head of Veterans Affairs, David Shulkin penned a scathing editorial in the New York Times, that was highly critical of the Trump administration's efforts as a whole.