Laura Ingraham’s attack on David Hogg is nothing new

Fox has been mocking students and children for years 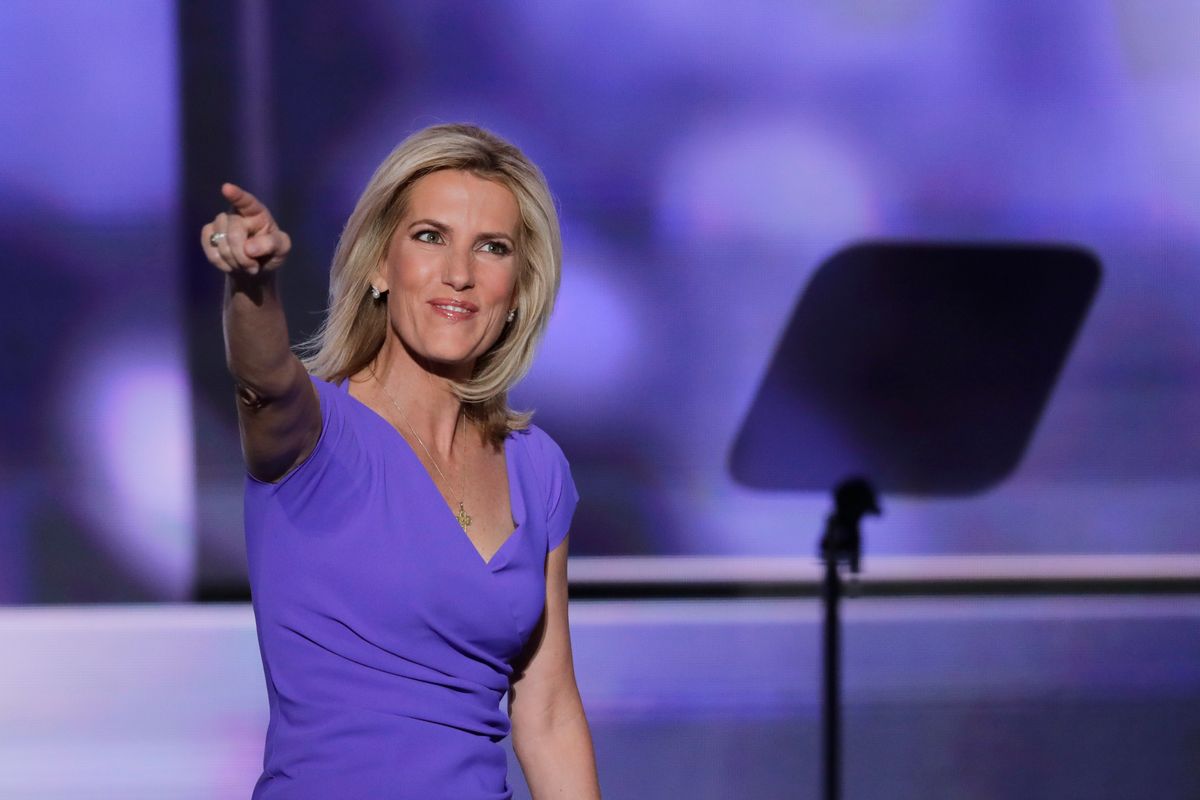 On March 28, Fox News host Laura Ingraham tweeted a link to a Daily Wire article pointing out that Parkland survivor David Hogg was rejected by several colleges and accused him of whining about it. Ingraham’s attack on the teenage mass-shooting survivor is far from a shocking development given her and her Fox News colleagues' repeated slandering of the shooting victims.

In the month and a half since the shooting in Parkland, FL, Ingraham herself has said the Parkland students should not be given “special consideration” on gun policy; told her viewers that the March 14 student walkout wasn’t some sort of “organic outpouring of youthful rage,” but rather “nothing but a left-wing, anti-Trump diatribe”; and complained that anti-abortion protesters didn’t get the same attention. Two of Fox’s other primetime hosts, Sean Hannity and Tucker Carlson, both dismissed the students as pawns being manipulated by gun control advocates. Carlson went a step further, calling the students “self-righteous kids” who “weren’t helping at all” and comparing them to Mao's Red Guards. The Federalist’s Mollie Hemingway, who is also a Fox News contributor, dismissed the students as just “children, not founts of wisdom,” and Fox & Friends Weekend host Pete Hegseth responded to the student-organized March For Our Lives by angrily commenting, “Spare me if I don't want to hear the sanctimoniousness of a 17-year-old.” Fox’s sustained and hostile attacks on students in the aftermath of the Parkland shooting fit right into the network’s years-long pattern of insulting and belittling students and children.

In 2017, two Fox employees attacked 8-year-olds in the course of five months. In May, after a young boy followed Vice President Mike Pence to ask for an apology for bumping into him, Tammy Bruce called the child a “snowflake” who “needed a safe space” and said he “pretty much stalked the vice president afterward.” Months later, Rachel Campos-Duffy smeared a football team of 8-year-olds as “shameful” for kneeling during the national anthem at a football game.

Fox figures have consistently insulted college students and mocked them for attempting to make changes to their colleges and universities. A 2012 Fox panel dismissed students as “immature and irrational” after they attempted to persuade their school to divest from fossil fuels. In 2015, Fox contributor Judith Miller insultedstudent protesters, asking, “You want a safe space? Stay in your playpen,” and Fox anchor Martha MacCallum dismissed students’ push for safe spaces in response to racial injustice, suggesting that “if they want to see the violation of a safe space,” then they should “visit ground zero.” In 2016, then-Fox contributor George Will labeled students “snowflakes, these fragile little creatures who melt at the first sign of the heat of controversy.” Fox host Kimberly Guilfoyle laughed at students’ activism on offensive terminology and mockingly asked if an injured horse should “get a lawyer because the horse is offended” by being called “lame.” In September 2017, a Fox contributor derided college students who sought mental health care and compared them to teenage soldiers in WWII. Just two months ago, Fox & Friends ran a selectively edited hit piece against college students created by the conservative activist group Campus Reform. The show further edited the video and showed students' responses without giving sufficient context to the nature of the questions posed to them, making the students look ill-informed.

In 2015, Fox personalities repeatedly besmirched 14-year-old Ahmed Mohamed, a Texas student arrested after bringing a homemade clock mistaken for a bomb to school. Then-Fox reporter Anna Kooiman claimed that Mohamed “might not be as innocent as he seems,” backing up her claim by noting that teen was once caught “blowing bubbles in the bathroom” at school. Fox contributor Mark Fuhrman, famous for committing perjury and spewing racial epithets during the OJ Simpson trial, assured viewers that he didn’t “feel sorry for Ahmed,” adding that the child seemed “passive aggressive” to him. Another contributor, Mike Gallagher, repeatedly compared Mohamed’s homemade clock to a bomb and suggested that the student should have been more "forthcoming" when he was interrogated by the police. And Brian Kilmeade asked whether Mohamed might be “extort[ing]” his former school district by suing.

Fox often attacks children who have immigrated to the United States or whose parents are immigrants. Fox personalities have repeatedly used the derogatory term “anchor baby” to belittle the children of immigrants. Tucker Carlson once responded to the notion that it is the United States' legal obligation to educate children who come into the country by saying, "But what about the rights of the kids who were born here?” Fox Business Networks’ Brenda Buttner questioned whether parents should be concerned with "a surge of up to 60,000 illegal kids in their classrooms." Buttner exclaimed, "Forget the Ebola scare. Is it really the back to school scare?" In 2016, Fox’s Heather Nauert and Brian Kilmeade slammed several refugee students who sued a school district in Pennsylvania after alleging their educational needs weren’t being met. Kilmeade smeared the students as “ungrateful,” and Nauert mocked their request, commenting that “going to our schools for free” was “apparently . . . not good enough for them.”

Fox employees have also gone after other groups of students. In 2014, Fox News' "Medical A-Team" member Dr. Keith Ablow claimed that middle school girls can "certainly provoke" harassment by wearing leggings to school. In 2015, Megyn Kelly labeled a group of protesters in Missouri “angry black students.” That same year, the hosts of Fox News’ Outnumbered lamented that overweight children are allowed to feel confident in their bodies. Fox’s Sandra Smith bemoaned that kids “feel good about themselves when they shouldn’t.”

As David Hogg demands accountability for Laura Ingraham’s bullying, it is clear that Ingraham’s behavior was not a mistake or an anomaly, but representative of her network at large.