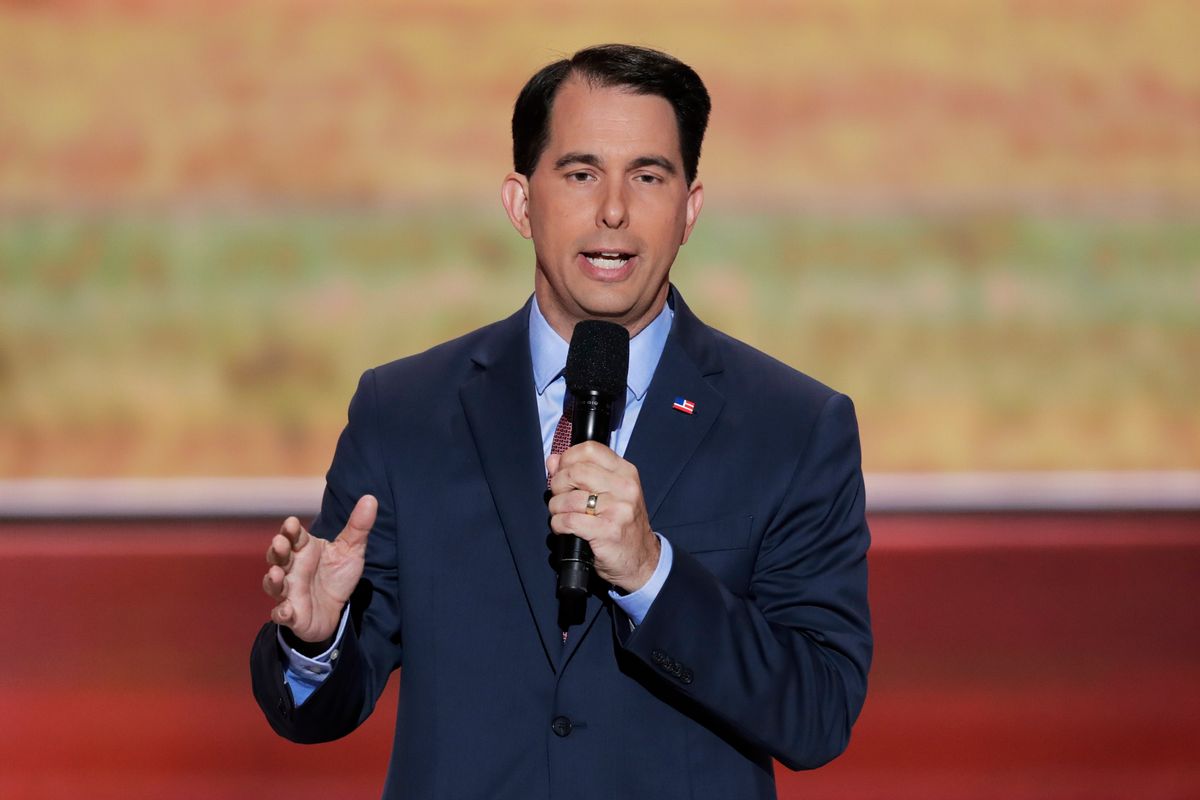 A woman attacked Youtube on Tuesday, opening fire on workers and injuring three before taking her own life. But how did the National Rifle Association react to the shooting? They blamed Youtube on their streaming video channel.

Here's what NRATV correspondent Chuck Holton had to say about the shooting as it was folding. Transcript from Media Matters:

YouTube making these changes where they’re going from being a platform for videos to being a publisher of videos, meaning that they are starting to censor content here and there, whatever, actually opens them up to liability and it opens them up to a lot of hatred from people around the world.

Someone isn't a fan of Trump's attacks on Amazon. Per the New York Times:

The U.S. Chamber of Commerce, long a booster of Republican presidents, is not happy. “It’s inappropriate for government officials to use their position to attack an American company,” said Neil Bradley, the executive vice president and chief policy officer of the chamber. Mr. Bradley, who did not specifically name Mr. Trump, added that criticism of companies from politicians “undermines economic growth and job creation.”

Of all the criticism to come against President Donald Trump, one of the least likely people would be from Suze Orman, the financial self-help guru. Orman, like the Chamber of Commerce, slammed the president's attacks against companies:

‪Are you watching all your retirement accounts plummet - it’s a travesty that this decline was caused by Trump. Are you kidding me everyone. It’s your future we are talking about here. It’s your money that is going down the drain.

It is just totally wrong when Trump attacks companies. His attacks are now seriously damaging your bottom line. Any money gained from his tax cuts you just more than lost in the value of your retirement accounts

So sad and so unnecessary.

It was a big win for Wisconsin Democrats Tuesday night, as a liberal-backed judge, Rebecca Dallet, was elected to the state's supreme court.

Though turnout was rather low, groups spent $2.6 million on the election, the win was a big one for Democrats. It turned the court from a 5-2 conservative advantage to a 4-3 split. And with this being 2018, everything has to be examined with an eye to November. Here's Gov. Scott Walker, essentially warning fellow Republicans to do something to stop the upcoming blue wave.

It's worth noting that Walker is up for re-election in November.

Mark Zuckerberg will testify before Congress

The Facebook CEO will testify in front of the House Energy and Commerce Committee on April 11. According to a statement by the committee, "This hearing will be an important opportunity to shed light on critical consumer data privacy issues and help all Americans better understand what happens to their personal information online."

The head of the EPA is in the spotlight for sleeping in a rented $50-per-night Capitol Hill room connected to an oil lobbyist and giving aides unapproved raises. And here's how he's defending himself.

“I found out this yesterday and I corrected the action and we are in the process of finding out how it took place and correcting it," Pruitt told Fox News.

Minorities! A day after he tweeted about a "big caravana of people from Honduras, now coming across Mexico," President Trump once again seemed to be upset about minorities in the country saying Democrats "want people to pour into our country unchecked."

At the same time, Trump said that the border laws of America's neighbors — Canada and Mexico — were stronger than America's. Recently, he's said that Mexico's laws were strong. But on Monday, he seemed to be implying the opposite.

Two minutes of absolute fawning on "Fox & Friends"
So much for the independence of the media. Here's Fox News, essentially reading off propaganda lines. This doesn't only come from analyst Stuart Varney, host of a different Fox program; it takes a village to puff up the president's ego.

Here's how China is retaliating in Trump's Trade war

China is preparing to slap tariffs on more than 100 items, and they're planning to go after Trump's manufacturing and farming supporters in particular. Per Bloomberg:

China on Wednesday, matching the scale of proposed U.S. tariffs announced the previous day, said it would levy an additional 25 percent levy on around $50 billion of U.S. imports including soybeans, automobiles, chemicals and aircraft.

The step escalates the risk of a trade war between the world’s two largest trading nations, with the Trump administration’s latest offensive based on alleged infringements of intellectual property in China. While the dispute centers around a $375 billion goods trade imbalance in favor of China, the U.S. is also now targeting high-tech sectors that Beijing sees as the future for its economy, prompting an angry reaction.

Unlike Washington’s list, which was filled with many obscure industrial items, China’s list strikes at signature U.S. exports, including soybeans, frozen beef, cotton and other key agricultural commodities produced in states from Iowa to Texas that voted for Donald Trump in the 2016 presidential election.

While Washington targeted products that benefit from Chinese industrial policy, including its “Made in China 2025” initiative to replace advanced technology imports with domestic products in strategic industries such as advanced IT and robotics, Beijing’s appears aimed at inflicting political damage.

Despite the signs that there is a trade war coming, the president assured America that there was no trade war — before making the case as to why he wanted a trade war to continue.

Uh-oh. It's time to talk about emails

You may remember that email security played a huge part in the 2016 presidential campaign, when then-candidate Donald Trump used it as a cudgel against Hillary Clinton.

Well, in proof that the 2017 election was irony at its finest, it's now being reported that the Trump White House is not handling government emails well. Per Axios:

The security advocacy group Global Cyber Alliance tested the 26 email domains managed by the Executive Office of the President (EOP) and found that only one fully implements a security protocol that verifies the emails as genuinely from the White House. Of the 26 domains, 18 are not in compliance with a Department of Homeland Security directive to implement that protocol.

Boris Epshteyn is a Trump sycophant who last seen pushing a pro-Trump message on Sinclair TV shows. Meanwhile, Preet Bharara is a prosecutor who was abruptly fired as soon as Trump took office. One of these people needs to have a sense of humor, and it's not the lawyer.