Trump is "obsessed" with Amazon: report

If Trump uses the justice system to enact revenge, it will be an erosion of the egalitarian promise of democracy 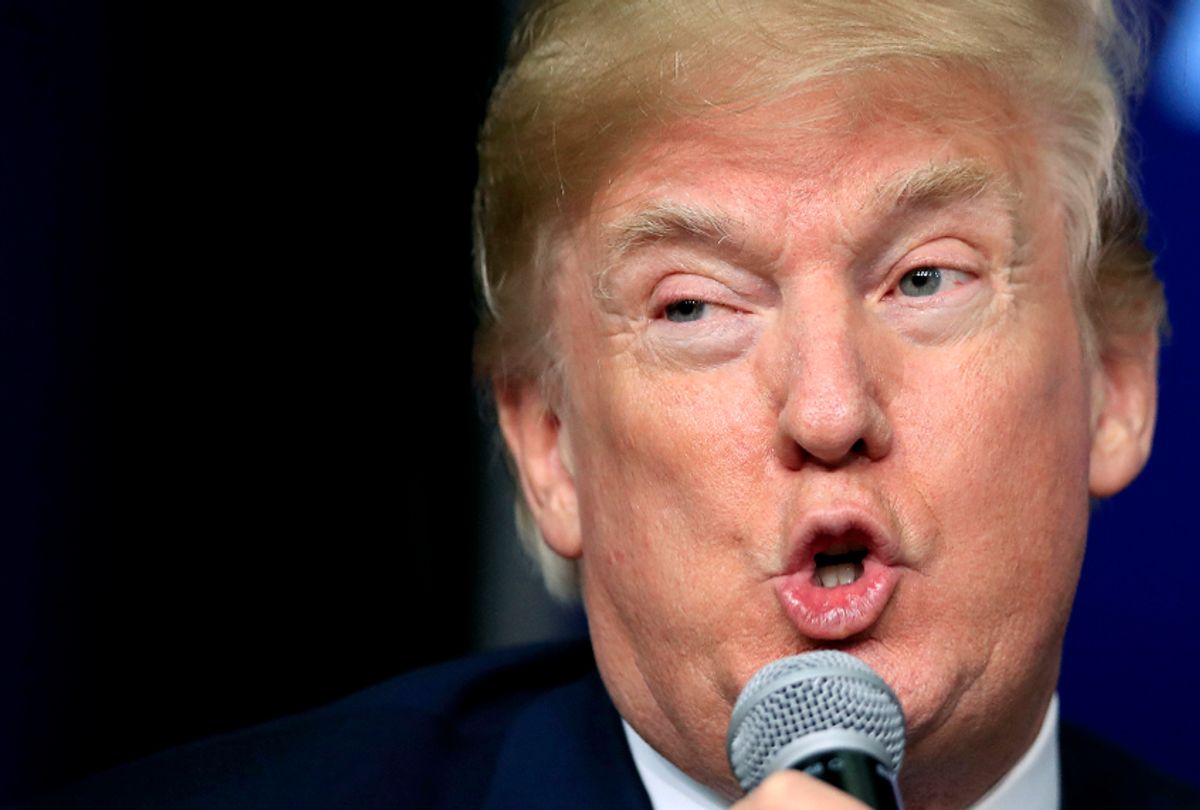 Despite prominent social media companies like Facebook and Twitter becoming ever-more entangled in scandal for enabling election meddling, President Donald Trump hasn't made either of these Silicon Valley giants the focus of his ire. Rather, Trump is reportedly "obsessed" with retail behemoth Amazon.

A source tells Axios that Trump has "wondered aloud if there may be any way to go after Amazon with antitrust or competition law."

According to the report, Trump's wealthy friends have been complaining to him about Amazon and how it's a threat to their businesses. Trump has also reportedly been fixated on the idea that Amazon received tax breaks and special treatment from the U.S. Postal Service.

“The whole post office thing, that's very much a perception he has,” another source told Axios. “It's been explained to him in multiple meetings that his perception is inaccurate and that the post office actually makes a ton of money from Amazon."

When asked about Trump's alleged plan of attack on Amazon, White House Press Secretary Sarah Huckabee Sanders said: “The president has said many times before he’s always looking to create a level playing field for all businesses and this is no different."

The report also explained that Trump keeps an eye on Amazon founder and CEO Jeff Bezos, who also owns The Washington Post. Indeed, given Trump's tendency to keep grudges, Trump's Amazon vendetta may be motivated by a desire to seek vengeance against Bezos for the sin of owning a media outlet he detests. A similar pattern of presidential behavior was observed previously with the AT&T and Time Warner merger: Last year, Trump's Justice Department filed a lawsuit to block the proposed merger, an action that some critics suspect was motivated by Trump's visceral hatred of Time Warner-owned station CNN.

After news broke that Trump was perhaps plotting to go after Amazon, the e-retailer's shares decreased almost 5 percent. On Wednesday, Amazon stock fell as low as $1,386.17, Reuters reports.

It's no secret Trump despises the news media, as he's long used the epithet "fake news" to discredit news outlets, including The Washington Post. Trump has even used the hashtag #AmazonWashingtonPost when referring to the news outlet on Twitter.

Recall in July, Trump went on a tirade against the Post — slinging insults at Bezos as well.

Trump has governed with a broad deregulationist agenda, and the thought that he might selectively use the government's power to harangue and perturb corporations that he has a vendetta against would erode the egalitarian promise of the justice system. Moreover, Trump's frequent attacks on the news media have done irreparable damage to America's democracy, while his "fake news" slur has had international political repercussions — and not good ones.