Why "Black Panther" is such a big deal for women 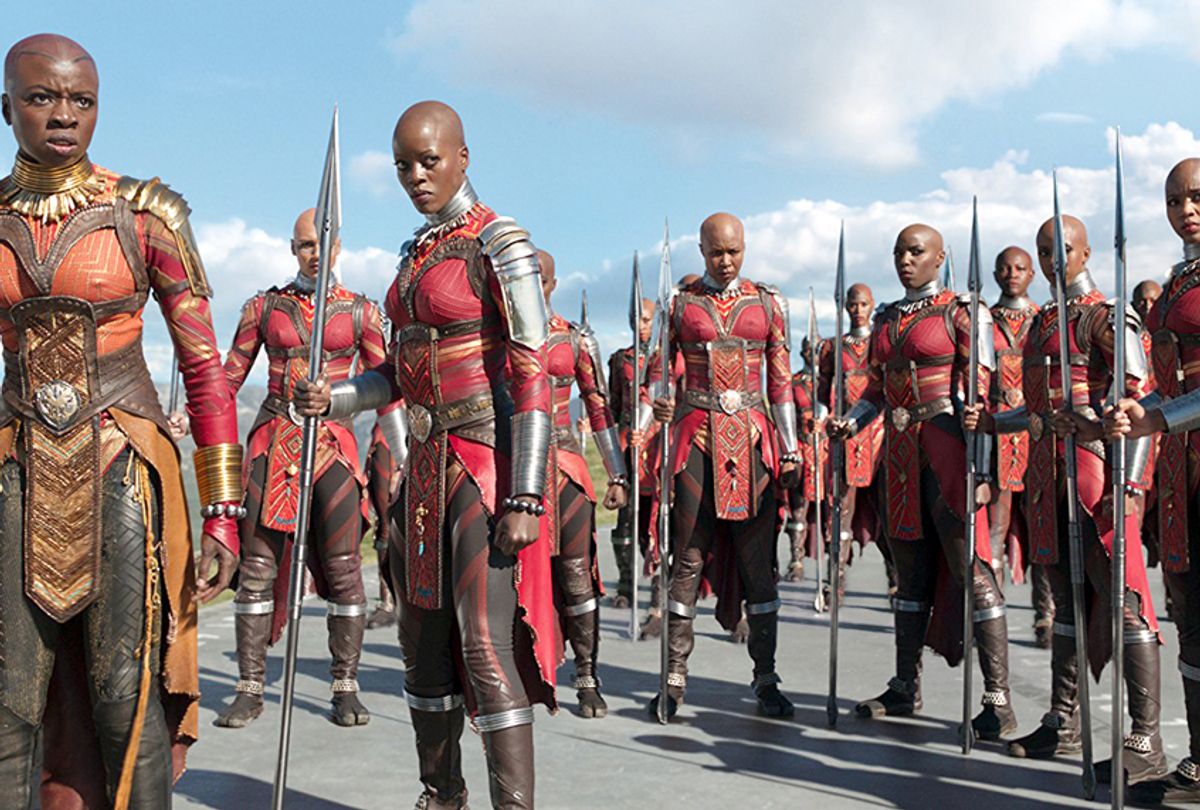 Civil rights activist Marian Wright Edelman famously said, “It’s hard to be what you can’t see.” It’s a refrain used often by those of us lobbying for greater representation for women and people of color in Hollywood, and it’s something I experienced personally as a kid growing up in the ‘80s.

I was five when "The Empire Strikes Back" came out in theaters — prime cosplay time — and on the kindergarten playground, all anyone wanted to do was play Star Wars. While the boys duked it out over who would be Han and who would be Darth Vader and who would be Chewbacca, the girls more politely vied for the coveted role of Leia — the only female character in our entire imaginary play universe.

I couldn’t help but think back to that time of my life when images of the "Black Panther" opening weekend began to emerge on social media. My feed was flooded with photos and videos of women and girls dressed to the nines as Nakia (the Black Panther’s former lover and an undercover spy), as Okoye (his bodyguard and head of his special forces), as Shuri (his tech genius kid sister), as members of the Dora Milaje (the all-female palace guard), and as glamorous citizens of the Afrofuturistic utopia of Wakanda.

Even as a white woman, I wondered how my perception of myself and of my place in the dominant culture would have been changed if "Black Panther" had come out when I was growing up. Would having more than one character to look up to while caught up in America’s latest cinematic obsession have made me feel more like a part of the national narrative and less like a token or an outlier? And if so, how much would this sensation have been magnified if I were black?

To discuss these issues and more, my "Poptarts" podcast co-host Callie Watts and I invited BUST magazine culture writer Bry’onna Mention onto the show to talk about her experience of the film as a black feminist.

“There were whole groups of little girls getting together dressed as the Wakandan guards with spears and doing special dance routines, and seeing that, I ovulated,” I told Mention. “I just couldn’t even take it. How important is this cosplay element of Black Panther to kids and also to the broader culture?”

“I’m a grown-ass 27-year-old woman and it’s important to me,” she replied. “I didn’t have any of that growing up. Like, I could have been Snow White, I could have been Cinderella, but it was always like, ‘Oh, you’re the black version.’ I had nothing [to dress up as]."

"I think about when I was little and everyone was reading those damn 'American Girl' books, and all these white girls had all these time periods to explore, and they had Samantha and this one and that one," she said. "Who did I have? Addy! She was fresh out of slavery and she was sneaking off to read. I was like, Geez! I like to read. This is not a fun time for me [to imagine]. I don’t want to be her!"

"Even with Disney growing up, I think every little black girl somehow identified with Nala from 'The Lion King,' and she’s a damn cat! She’s an animal," Mention continued. "But there were no other Disney princesses remotely close to how I look. And then there’s Jasmine, but she’s not black, she’s just brown. She’s Southeast Asian, but her complexion was closer to mine than Cinderella’s so I was rockin’ with her."

"So now, to see little girls have a variety of black women to choose from in one film — it’s like, I don’t even know who I’m going to be for Halloween this year! I have choices now! Whole choices. That movie was emotional for me. It was a lot. I think I cried within the first couple of moments. It was all I ever wanted and didn’t know that I needed and more.”

“I also got emotional,” I told Mention. “I was crying early on. I had this sense rushing through me that this is what movies would look like if Hollywood producers saw women and people of color as people and not props.”

“Yes,” Mention replied. “That one fact, that one statement says it all. They saw us as people.”

Listen to the rest of our feminist response to "Black Panther" on "Poptarts."