Despite his ambitions, Tillerson hardly has anything to show for his vision for the State Department 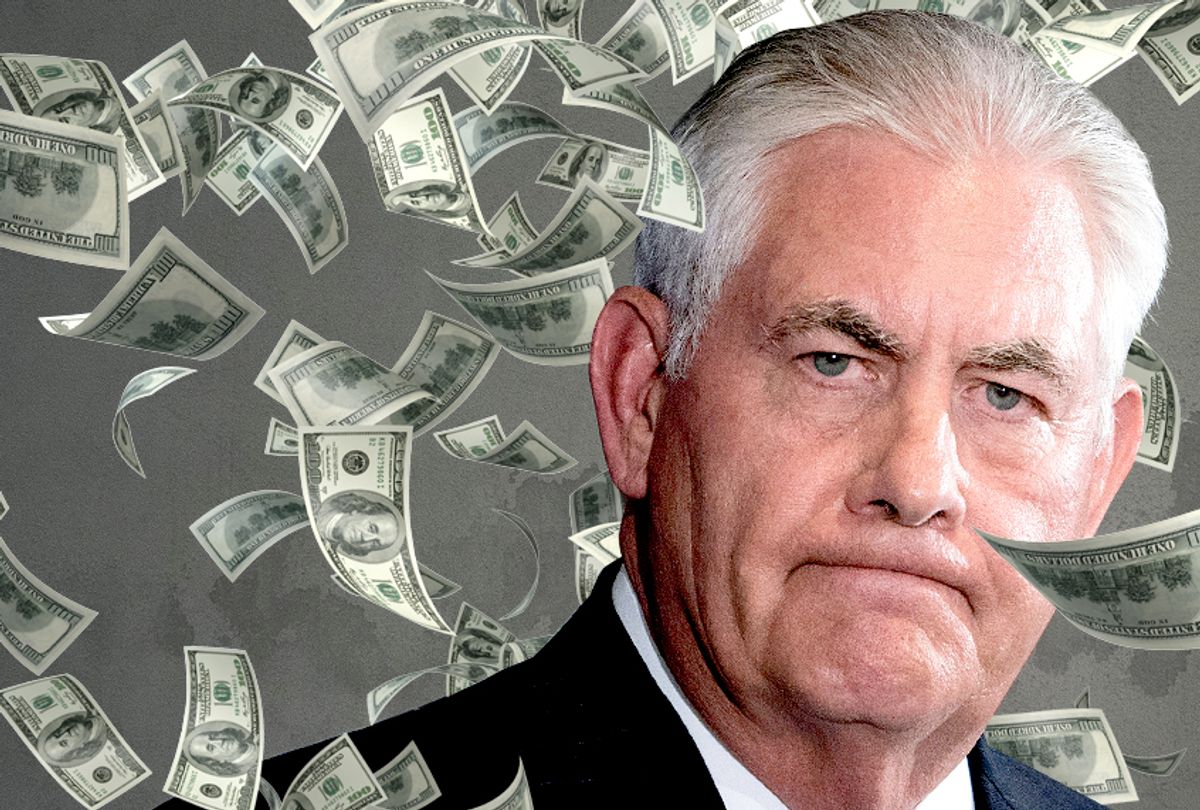 Former Secretary of State Rex Tillerson hardly left anything positive behind at the State Department, but what he did leave behind is a blueprint that sought to only accelerate a problem that has plagued Washington for years: giving more money to private contractors, while slashing the federal workforce.

Tillerson's once-highly touted "redesign" cost the department $12 million, mainly charged by one private consulting firm, and consultants who charged an exorbitant fee of more than $300 per hour, according to a new report of materials and figures obtained by Politico. The consulting firm Deloitte ate up most of the money, and the cap on federal contracts was also lifted from roughly $140 million to $265 million.

The goal of the revamp was to "transform the Department of State and USAID, a document showed, according to Politico. The plan would consist of restructuring "bureaus and offices and their reporting chain to improve efficiency," that could bring about "consolidation, streamlining, or elimination of offices or functions."

But some congressional aides and former department officials said Tillerson was too reliant on outside consultants, who were ill-equipped to handle a restructuring of a department they knew little about. They also indicated that he neglected more simple options, such as using public sources that would not eat up taxpayer funds.

Some also said that rather than rely on an army of high-priced consultants, Tillerson could have turned to public sources that would cost taxpayers nothing. One, for example, was the Quadrennial Diplomacy and Development Review (QDDR), launched under then-Secretary of State Hillary Clinton. It suggested, among other things, ways to streamline workloads and improve technology.

Tillerson and his top aides "had disdain for the professionals," one former senior State Department official said. "You had years of blueprints for reform developed internally, two QDDR documents, and thousands of career officers and civil servants who crave change and reform and would’ve been thrilled to work on this effort at no added taxpayer expense."

"Instead," the former official added, "they chose to lavish money on contractors and consultants who knew nothing about the organization."

It's evident that Tillerson didn't value the opinions of State Department careerists either. A survey that 35,000 staffers from both the State Department and USAID responded to, was conducted by a group called Insigniam, otherwise known as "a consulting firm that also has been a subcontractor of Deloitte's," Politico reported. The contract was worth at least $850,000, one document showed, but others indicated it could have been as high as $1 million.

A State Department staffer specifically expressed discontent with Insigniam consultants. "It was painful," the staffer said of one meeting. "We were literally objecting to the way they were talking. We were trying to educate them on what we did so that they could actually help do the job they were hired to do."

When February rolled around, Tillerson all but admitted defeat as frustration over the secrecy of his plans mounted from bipartisan legislators. The plan shifted from a department revamp to what he dubbed the "Impact Initiative," which consisted of "improving the department’s technology, human resources procedures and management training," according to Politico.

Tillerson left behind a beat up Department of State, and staffers that felt as if they had no sway in plans for a major restructuring, which was something they ultimately wanted, just not the way it had been handled. The current situation has set up a potential contentious hearing for former CIA Director Mike Pompeo, who President Donald Trump tapped to lead the department last month, as lawmakers have sought to further understand what steps will be taken next.

"I believe we must look into how taxpayer money was spent on this botched project and will continue to call for the committee to examine these issues in open hearings in the near future," Sen. Robert Menendez, D-N.J., told Politico. He serves as the leading Democrat on the Senate Foreign Relations Committee, and was highly critical of the "lack of transparency" between the department and members of his panel.

Despite his tumultuous relationship with the president, Tillerson's vision for the State Department fits right in with the broader theme of the Trump administration, which has consisted of privatization and cutting back on the bureaucratic process.