Reich: It's dollars for decency when it comes to far-right

Many advertisers boycotted Laura Ingraham after her attack on David Hogg 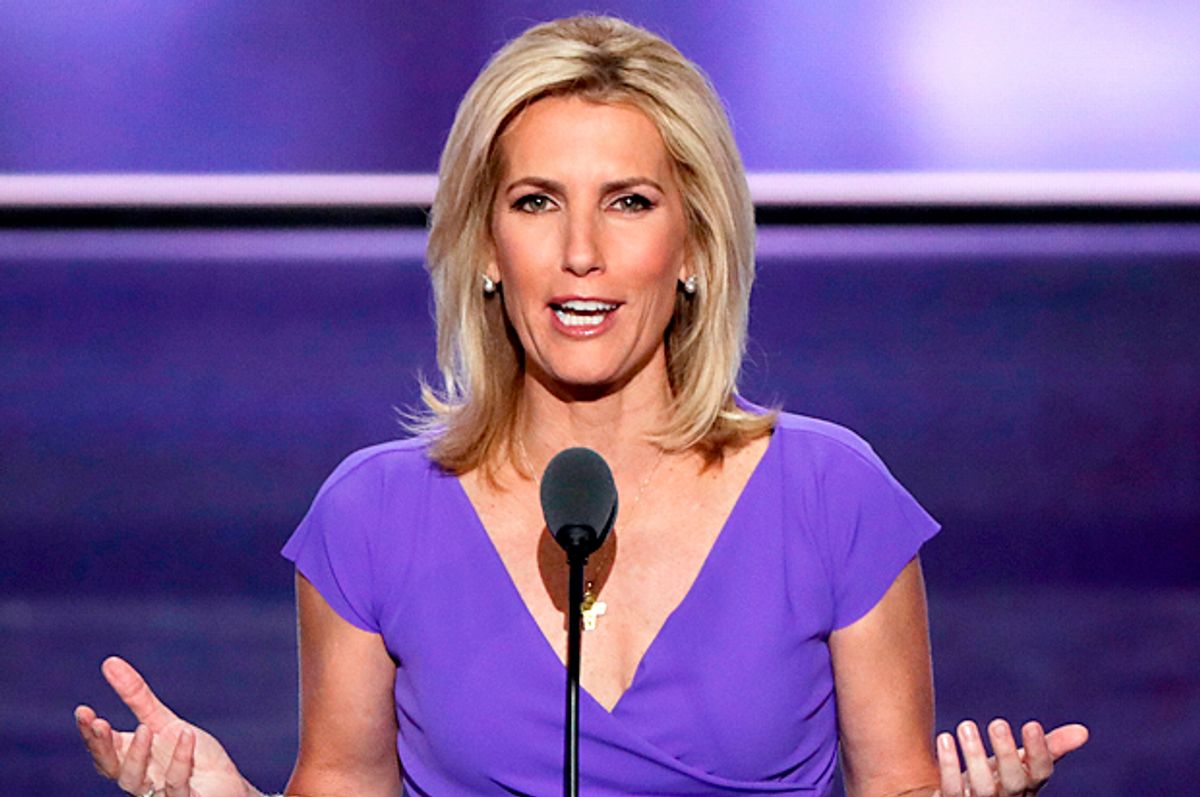 Last Wednesday morning, Laura Ingraham, Fox News’s queen of snark, tweeted that David Hogg — a 17-year-old who survived the mass shooting in Parkland, Florida, and has been among the eloquent advocates for gun control — “whines about” being rejected by four universities he applied to. She linked to an article from the Daily Wire calling him a “gun rights provocateur.”

For Ingraham and Fox News, such cruel, ad-hominem attacks are typical. Vitriol helps boost ratings. After all, Fox is a central part of Donald Trump’s America. And Trump, like Fox News, has made bullying and humiliating people into an art form.

Shortly after Ingraham’s attack on Hogg, he called for Ingraham’s advertisers to boycott the show. Within days, a slew of them did just that.

As advertisers peeled off, Ingraham tried to take back her comment, saying the “spirit of Holy Week” motivated her to apologize for “any upset or hurt” she might have caused Hogg “or any of the brave victims of Parkland.”

Hogg rejected the apology. “She only apologized after we went after advertisers,” he told The New York Times. He then tweeted to Ingraham that he’d accept her apology “if you denounce the way your network has treated my friends and I in this fight. It’s time to love thy neighbor, not mudsling at children.”

Ingraham’s wasn’t the first venal, personal attack directed at the Parkland student survivors who have been advocating gun control, as amplified by Fox News.

Republican Leslie Gibson, who was running unopposed for a seat in the Maine State House, called Hogg a “moron” and “baldfaced liar,” and Emma González, another Parkland survivor, a “skinhead lesbian.” (This was too much for the good citizens of Maine. Gibson soon dropped out of the race.)

But unlike politicians who only have to survive elections every few years, corporations have to keep their consumers content all the time.

Selling satisfactory products and services is necessary but often not sufficient. Customers also want to feel good about the brands they’re buying. At the least, they don’t want to associate themselves with mean-spirited vitriol.

Such explanations sound as if these companies chose to drop Ingraham’s show in order to be socially responsible. In truth, they’re just being smart at doing what they’re set up to do — make money. When it comes to consumer products, cruelty doesn’t sell.

Johnson & Johnson didn’t explain its decision to pull the plug on Ingraham, but it’s easy to see why it did. The company spends billions each year trying to convince consumers that Tylenol, baby powder, band aides, and its other brands will provide soothing comfort,  analogous to a nurturing mother. Yet someone who ridicules a 17-year old shooting survivor for not getting into the college he chose is more like an abusive mother.

Behind all this is a new reality. The economy is now centered on intangibles like brand image and intellectual property, whose value can erode if connected with something nefarious. Look at what happened to Facebook.

Social media can speed up this process. Which is why advertisers reacted as quickly as they did to Hogg’s tweet.

It’s also why corporations have quickly ended commercial relationships with famous people accused of sexual harassment and abuse. These companies aren’t being socially responsible, either. They don’t want to sully their brands.

Companies are spending huge amounts seeking to connect their goods to consumers’ values. They know more about those values than anyone. Which suggests that Americans may have had enough cruelty — coming from Laura Ingraham, from Fox News, from Donald Trump, from the Harvey Weinsteins of the land, from whomever.

Meanwhile, the rest of us should help the process along, and continue to vote with our consumer dollars for decency.