The community knew the man, but the cops who pulled their triggers didn't 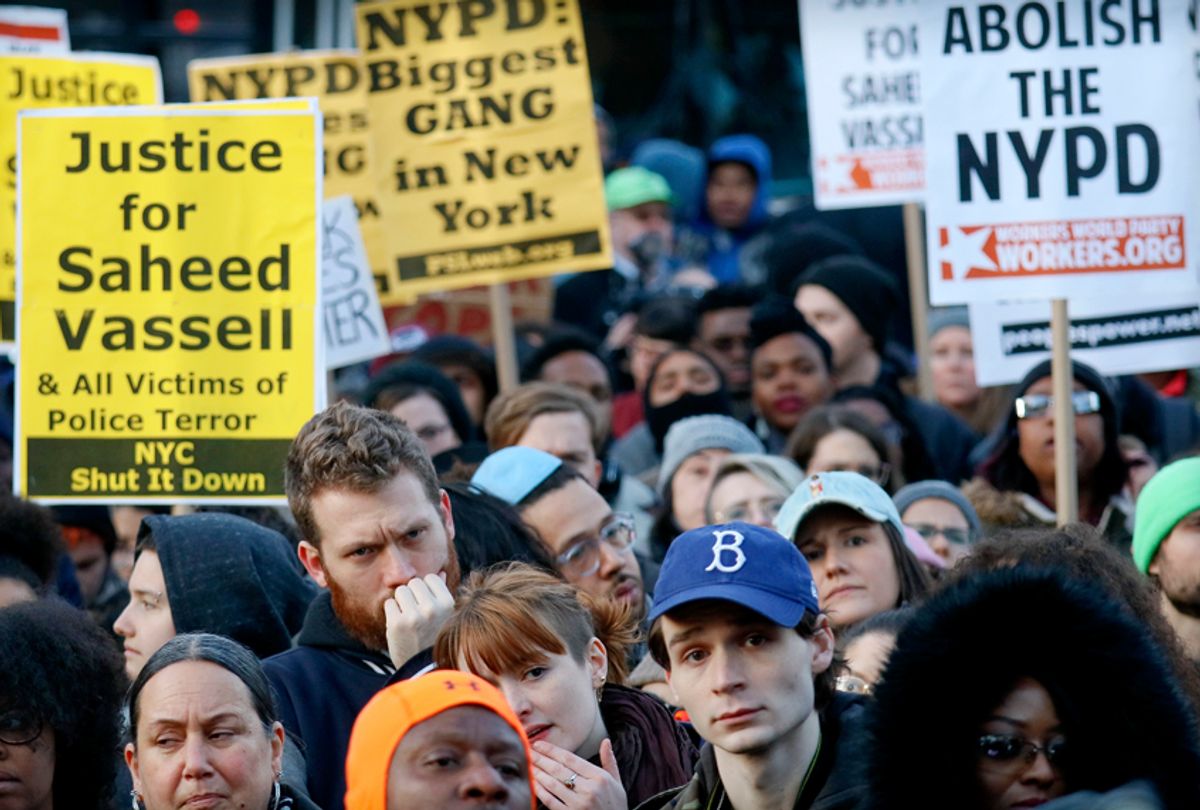 On, Wednesday, April 4, as the nation mourned the 50th anniversary of Rev. Dr. Martin Luther King Jr.'s assassination, another black man was killed by the police. His name was Saheed Vassell. He was 34 years old and known to be living with a mental illness in his Crown Heights, Brooklyn community. Police say they fatally shot Vassell after he pointed what they thought was a gun at them. The object turned out to be a metal pipe with a knob on it, resembling a shower head. Four officers, including three in plainclothes, fired 10 shots in total, including one to his head and two to his chest, according to the city's Medical Examiner's Office.

The script feels all too familiar, as the killing comes less than three weeks after police shot and killed unarmed black man Stephon Clark in his own backyard in Sacramento, Calif., after authorities say they mistook a cellphone for a gun. He was struck eight times. But with Vassell, who was known widely by residents of his community as both mentally ill and safe, police say they responded to three 911 calls by people who alleged Vassell was threatening people with a silver gun. Beyond the horrific reality of the police in this country who are criminally quick to fire and kill black people — and often unarmed — Vassell's death also points to the violence of gentrification.

Given the prevalence of police violence in black communities, "one of the worst things white people can do when gentrifying black neighborhoods is be all too quick and/or happy to call the cops," Brooklyn resident Mel Flannery wrote on Instagram.

Last year, NPR, the Robert Wood Johnson Foundation and the Harvard T.H. Chan School of Public Health surveyed black residents in various communities about discrimination. The survey found that "the expectation of discrimination from the police also led many of the people surveyed — about 3 in 10 — to say they avoided calling the police when they were in need. (Low-income respondents were more than twice as likely to say they avoided calling the police.) That finding dovetails with recent research that found that high-profile local instances of police violence — and the subsequent erosion of trust in the police — makes people less likely to call 911."

In the wake of his death, many longtime Crown Heights residents spoke of their familiarity with Vassell. The New York Times reported that a woman who worked at a beauty salon in the neighborhood "described Mr. Vassell as a quiet man who often sat outside near a barbershop and sometimes worked odd jobs at her beauty salon for a few dollars." The Times continued: "Rocky Brown, 45, who knew him for years, said he was a friendly man who was mentally ill. 'He’s harmless,' Mr. Brown said. 'A very willing guy, a very nice guy, a good guy.'"

Many people on the street had facts about his life. His nickname was Sy. He lived with his family just up the block from where he was killed. He had a teen-age son named Tyshawn. He did odd jobs and errands for neighbors and, sometimes, worked as a welder. He was a neighborhood character, handsome and helpful. At some point he had been diagnosed with bipolar disorder. Residents told me that they believed that the police knew about the diagnosis, and, according to the Times, 'officers had classified him as an emotionally disturbed person in previous encounters.'

Thursday, the NYPD released partial transcripts of some of the 911 calls about Vassell. "There's a guy walking around the street," one said. "He looks like he's crazy, but he's pointing something at people that looks like a gun. And he's like popping it as if, like if he's pulling the trigger."

But had this caller asked any number of people in the community who the man was or why other residents were hesitant to call the police, perhaps Vassell would still be alive. Of course, unfamiliar newcomers to a neighborhood not calling 911 won't end the epidemic of police killings of unarmed black men and women, but as the Chicago Reader puts it, "Some incidents of police violence could be prevented if people reconsidered the knee-jerk response of dialing 911 whenever they feel uncomfortable."

"He was my lifelong neighbor who’d offer to walk me home if I was coming home late," Maya Paul, who lives in the home next door to the one Vassell shared with his family, said to the Village Voice. "The reason we’re here is because we all know who he was," 18-year-old Amandre Taylor also told the outlet.

Just as Vassell's death is all too familiar, so is its aftermath. The NYPD has not released the names of the officers who gunned Vassell down — nor any footage of the killing. And only partial transcripts of the 911 calls have been published.

Hortencia Peterson, aunt of Akai Gurley, an unarmed black man who was fatally shot by an NYPD officer in 2014, spoke directly to New York's gentrifiers. "You are visitors in our communities," she said during Thursday's rally, according to the Village Voice. "Stop calling 911. Blood is on your hands."