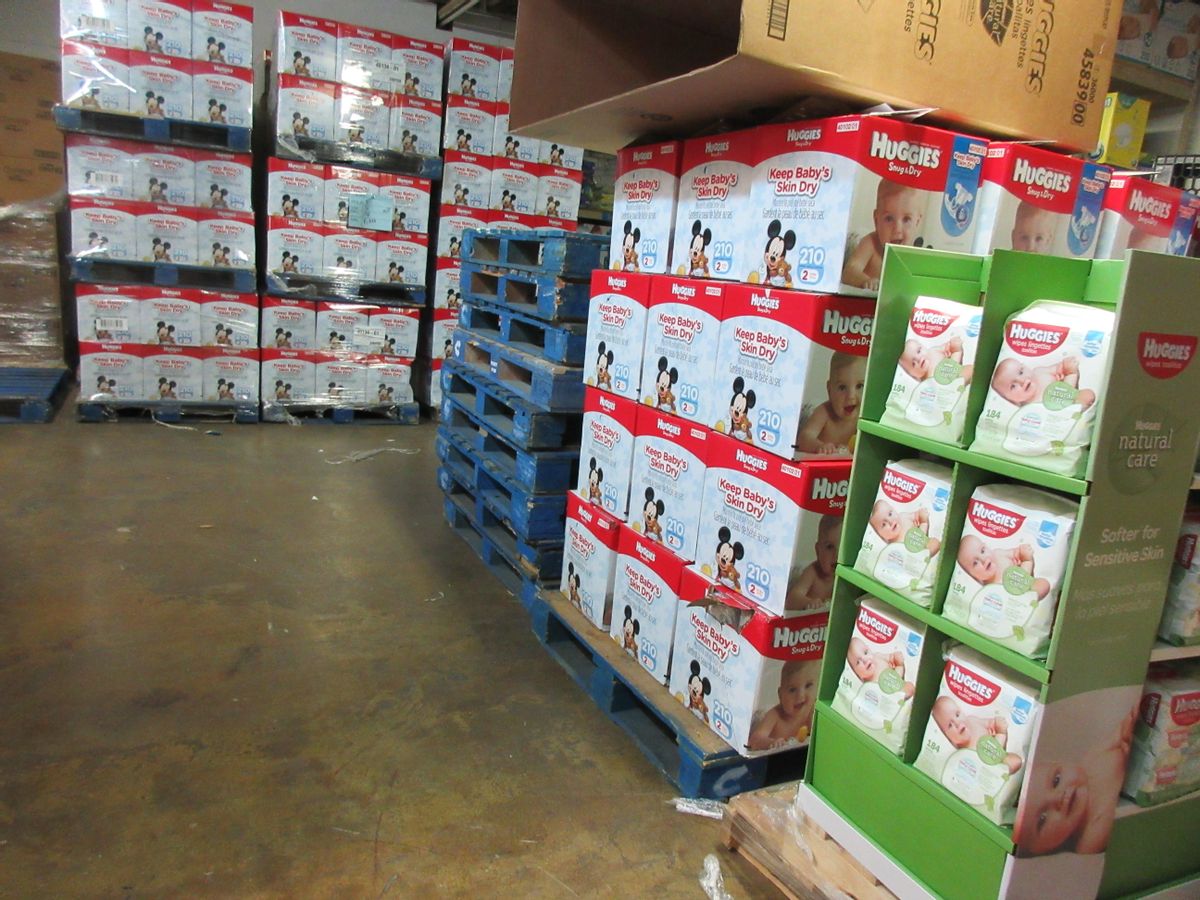 This Sept. 9, 2016 photo shows boxes of donated diapers stacked in a warehouse in North Haven, Conn. The National Diaper Bank Network, which operates the warehouse, distributes the diapers to agencies and community-based organizations like churches, which in turn provide them to families in need. (AP Photo/Beth J. Harpaz) (AP)
--

According to a report published by the Tampa Bay Times, a third of families in the United States can’t afford diapers for their toddlers. The details in the report shed much-needed light on poverty in the United States, especially its oppressive weight on working mothers.

One of the people documented in the report is Lalandria Goolsby, a young mom who struggles to buy diapers for her child because she doesn’t have the financial means to cover the cost. In one part of the report, Goolsby faces difficulty finding a single diaper for her child. "Lalandria had just $18 left in cash assistance for the month. She promptly drained it on two small packs of store-brand diapers from Publix," the report noted. The diapers run out quickly for Goolsby who, the report noted, felt her “chest tighten” at the idea of having to buy diapers again. Trying to understand why diaper material runs out so quickly, the Tampa Bay Times reached out to five diaper manufacturing companies, but none chose to comment.

Even Congress has grappled with this issue. In 2016, President Barack Obama broached the issue of the “diaper divide." And in 2017, San Diego congresswoman Lorena Gonzalez Fletcher presented Assembly Bill 480, saying that working mothers needed assistance to buy diapers and that subsidized diapers could help.

Some observers say the issue hasn't received much attention because it invokes shame. Alison Weir of the National Diaper Bank Network told Jezebel, "People don’t talk about having enough diapers. It’s embarrassing.” Yet, “It is such a basic need. If you aren’t actively changing diapers, you don’t think about it."

Research shows that single working mothers in the United States are one of the poorest and most neglected groups in the country.