Family’s moonshine business is more than a job, it’s a legacy 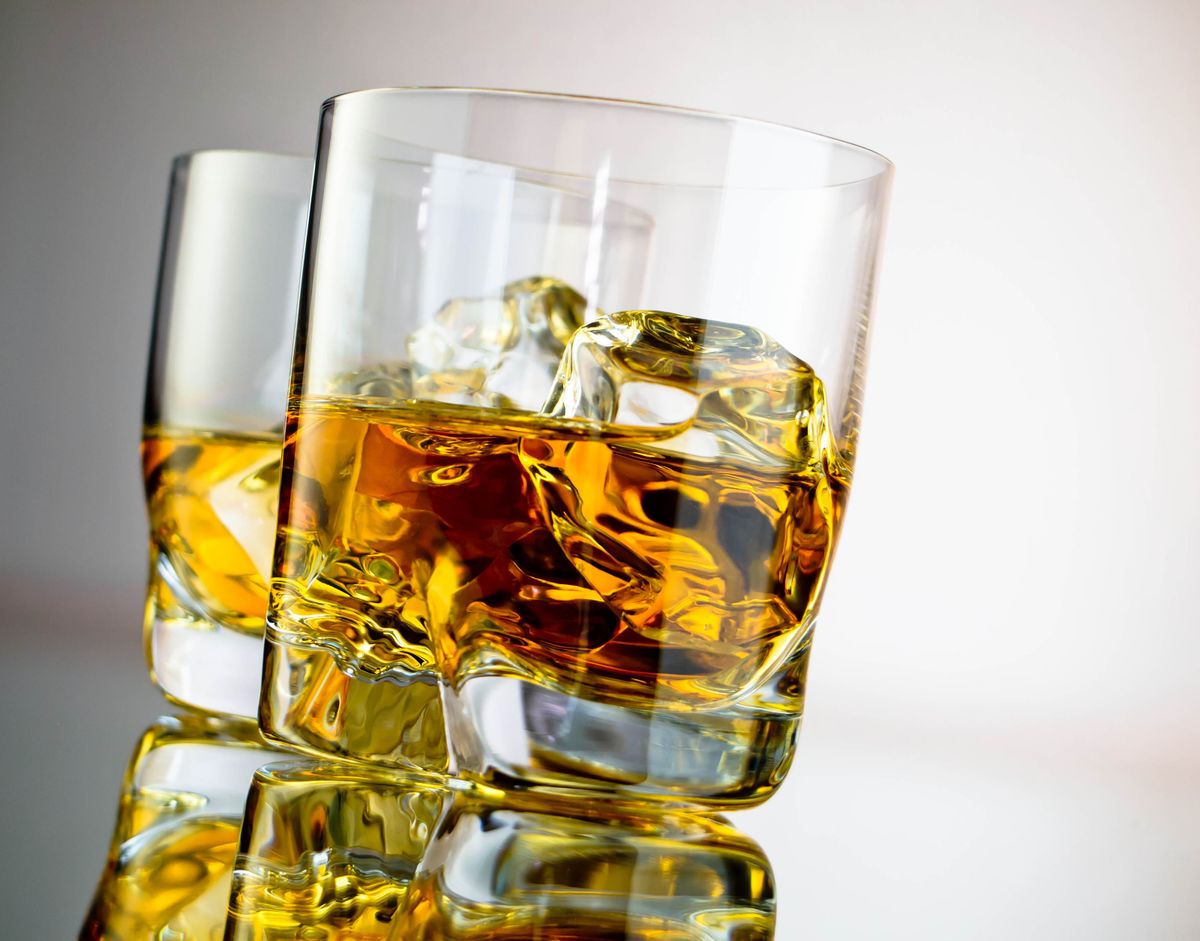 In post-Depression-era Appalachia, moonshining was a way of life. It was a respected, although technically illegal, profession. It kept food on the table for the Butler family for over 100 years. Raymond Butler recalls his first job in the family business: “I was about six. My dad put me down in one still to clean it. If there’s any green or blue, that’s got to come out of copper — it’s poisonous. When I came out of the still, it had to look like a new penny.”

Now, over half a century later, Raymond is distilling legally in the family moonshine business that he’s been working at all his life. In 2013, his son Raymond Jr. — called Chuck by all — took action to make the long-illicit business legit.

Today, at age 74, Raymond, and his son and grandson, Raymond III (nicknamed Trey), are making their moonshine legally at Dalton Distillery. Their moonshine is called TazaRay and is made with sunflower seeds, the only such spirits in the world.

Raymond looks every bit the part of a moonshiner, dressed in coveralls and his trademark felt hat, with his gray beard and slightly wild gray hair. But there is much more to the man than that stereotype. He is meticulous in his attention to detail. He is dead serious as he shows Trey when the grain has sprouted enough and how to test the fermentation tanks. He tells Trey that the testing is only one part of the process. “Knowing when to distill is somewhat of an art.”

In the old days, the local law officers would give men like Raymond’s father and grandfather a break, while they would, as Raymond put it, “cut down” the moonshiners who used unsafe methods like using radiators to make their illicit brew. It was a small town, and the sheriff knew that some men had ethics and produced a safe product, while others just made a shoddy whiskey that could kill you.

Raymond told of one time his father lost his hat while making a whiskey run. The local sheriff found it.

“They picked it up and took to a little store where my dad bought supplies and told the owner, ‘We’ll leave Mr. Butler’s hat here and you give it back to him,” Raymond said. “‘A man with polio who can outrun three revenue agents don’t need to go to jail.’”

Other times when his dad was tipped off about a raid, he would tell someone to go to bed and pretend to be sick. They would hide the jars under the “sickbed.” Back then, the law respected a sick person and wouldn’t make them get out of bed to search.

Raymond did have a few close calls. When he was 15 years old, he was arrested at the still site with his uncle. He finished high school on federal probation. When asked when he had last made moonshine prior to the opening of Dalton distillery, he smiled and said, “The statute of limitations on felony such as making illegal whiskey should be four years.  So I would say just over four years ago.”

It wasn’t always an easy life. Sometimes ingredients are hard to get. Everyone knows you make moonshine out of corn, but when the going gets tough, moonshiners get inventive. Raymond tells of making it from tomatoes, apples or peaches. Perhaps that’s how their unusual sunflower seed moonshine came to be. As he puts it, “If it’ll ferment, I can make you drunk.”

Making the Butler family traditions a legal, respected occupation wasn’t an easy road to take, but it was important to Chuck Butler.

“I wanted to have a business that I could work with my dad and have my dad teach my son the craft,” he says.

Chuck wanted to surprise his dad, who was having health problems and had retired from his legal job as a car salesman. Chuck first tried to open a legal distillery in Chatsworth, in a building Raymond already owned. That city wasn’t keen on the idea and refused to grant the license. When the Chatsworth City officials denied the application, Chuck called then Mayor David Pennington in nearby Dalton. He liked the idea and put him in contact with people at the Dalton Downtown Development Authority. They were so supportive Chuck named the business Dalton Distillery.

Meantime, although Chuck had meant to surprise his dad, he decided that with the complications he needed to tell his dad what was happening. Raymond was very excited, “This is the opportunity to make whiskey legally the same way I always did.”

They began searching for a still. Raymond was the expert here as they traveled around picking up parts of the still in Memphis, Tennessee and Kentucky. They found what they needed. The serial number that is registered with the TTB is Raymond’s father date of birth.

Chuck added, “Because of the explosion of small craft distilleries in America, corn whiskey is regional.  Because the sunflower seed use is so different we feel this can be a national and international brand in the next few years.  Dalton Distillery was started with passion and dedication, working hard and choosing to do without a lot of things with the goal to make it a fun, educational and relaxed place to visit.”

After those biggest obstacles came about two years of jumping through hurdles to get licensed. During this time Chuck took on a financial partner, Vann Brown, the distillery’s marketing manager, who has been a big help.

One other problem needed solving. At this time, Georgia law had what is called a three-tier system where a distiller couldn’t sell their product directly. They needed to sell to a distributor, who in turn sells to stores, who then sell to the public.

In order to purchase a bottle of spirits at a distillery tasting room, visitors had to pay to attend a tour of the distillery. To deal with this situation,  Dalton Distillery found a "legal loophole": they would sell a prescription — similar to what was used during prohibition — for people to obtain whiskey for medicinal purposes for $25, and then get a "free" bottle of Raymond's Reserve. The prescription is signed by Raymond Butler, MD (Master Distiller).

Things changed on Friday, Sept. 1. Georgia’s Senate Bill 85 (SB 85) became law. Georgia’s distilleries are now able to sell their spirits directly to the consumer from their tasting rooms. It changes the old alcohol laws that made it difficult for Georgia’s distilleries to do business, laws that had been in effect since the state repealed Prohibition in 1935.  Since the prescription idea was meant in fun originally, and customers love the tongue-in-cheek humor, Dalton Distillery plans to continue issuing the prescription.

Finding a distributor to get their product out to the public is an ongoing battle. They recently signed a deal with Empire Distributors to distribute TazaRay and TazaRay Red in Georgia. Currently they are offered at all locations in Georgia. They’re actively seeking distribution in other states.

When Raymond’s 15-year-old grandson, who started learning from his grandfather when he was 12 years old, was asked how he felt about learning to make whiskey, he replied, “I enjoy the math and science behind it. It is a lot easier for me to understand it now that I get to see it in process.”

He said his first tasks in learning the business were not too unlike his grandfather, “Cleaning up, moving things like corn and making malt and drying it out. We use to have an old hand grinder, so I would grind all of the malt by hand. Now we use the stone mill to grind all of our malt.”

Raymond spends his day in the distillery making sure that whiskey is the best possible quality. On a typical day, he will show Trey how to decide if the grain is sprouted enough to ferment.

Chuck may be busy milling the grain they use. Raymond never uses yeast. He uses malted grain from the sunflower seeds because he states, “Yeast is what causes a headache the next morning. Malt doesn’t.”

He will test the fermentation tanks to see if it is ready to ferment. Then, the most important step: it goes into Frankenstein, their nickname for the 200-gallon, state-of-the-art still, and is distilled out at around 140 proof. As the spirits pour out of the still, the level drops to the 111 proof desired in each bottle. Raymond smiles when he comments, “This still is nothing like what we had in the woods.”

Trey or Chuck may do the bottling and putting on the labels bearing Raymond Butler’s likeness, but the final approval is up to Raymond. He personally taste tests each batch to be sure each bottle that leaves the distillery meets his standards.

His favorite saying is, "Whiskey. It may not be the answer, but it will help you forget the question."

Kathleen Walls, a former reporter for Union Sentinel in Blairsville, Georgia, is publisher/writer for American Roads and Global Highways, and an active member of International Food Wine and Travel Writers Association and North American Travel Journalist Association. She is the author of travel books, Georgia’s Ghostly Getaways, Finding Florida’s Phantoms, Hosts With Ghosts, and Wild About Florida series. Her articles have appeared in Georgia Magazine, Family Motor Coaching Magazine, London, England's Country Music People, Weekender Extended and others. She is a photographer, with many of her original photographs appearing in her travel ezine as well as other publications. She has several travel guides online as well.