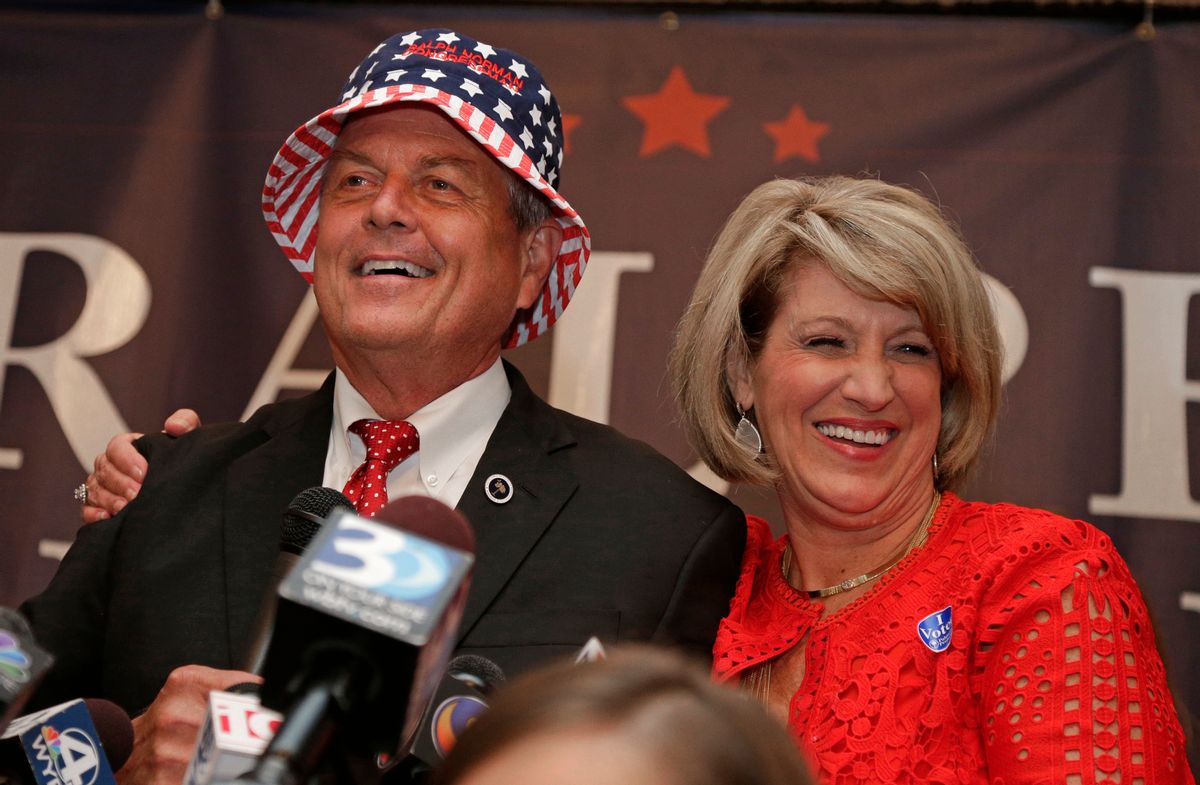 On Friday, South Carolina Republican congressman Ralph Norman held one of his ongoing “Coffee with constituents" at Rock Hill Diner. At this meeting, according to various reports, constituents—some who are part of Moms Demand Action for Gun Sense in America—wanted to discuss gun violence.

Instead of listening, Norman pulled out .38-caliber Smith & Wesson handgun. The Post and Courier, a local publication, first reported the incident. According to the report, he put the gun on the table and left it there for a several minutes “to make a point” that guns alone aren’t the issue.

Later, he implied to the publication that people need guns to defend themselves.

"I'm not going to be a Gabby Giffords," he said, referring to the Democratic congresswomen who was shot in 2011.

One of the constituents at the meeting, Lori Freemon—who is a volunteer with the South Carolina chapter of Moms Demand Action for Gun Sense in America—said in a news release  that his behavior was “a far cry from what responsible gun ownership looks like.”

“Rep. Norman’s behavior today was a far cry from what responsible gun ownership looks like,” Freemon said in the statement. “I had looked forward to a respectful dialogue with my representative about common-sense gun violence prevention policies. Instead, I felt unsafe when he insisted on showing us his loaded gun and keeping it out on the table for much of our conversation.”

In a statement issued to Poitico, sent by Norman's office, he said he “merely proved a point that guns themselves are not the issue” during a discussion with “a group of organized anti-gun activists.”

“Given the scenario that if someone had walked into that diner and began to fire a weapon, I told them I would be able to defend myself and them as well,” the statement said.“Mental health, and more importantly, a lack of morality is the driving force behind this epidemic. Guns are not the problem.”

Norman also explained to The Post and Courier that he doesn’t mind “dying,” but said whoever shoots him “better shoot well" or he'll shoot back.

This incident understandably caused an uproar and a lot of criticism on Twitter. Even from some in his own party.

Giffords responded on Twitter, saying: “Serving in Congress is about listening and leadership, not intimidation and showmanship. When ‘leaders’ make constituents feel unsafe, they have no place in elected office.”