Did Kevin Williamson say women who have abortions should hang? He did — and conservatives aren't sure how to feel 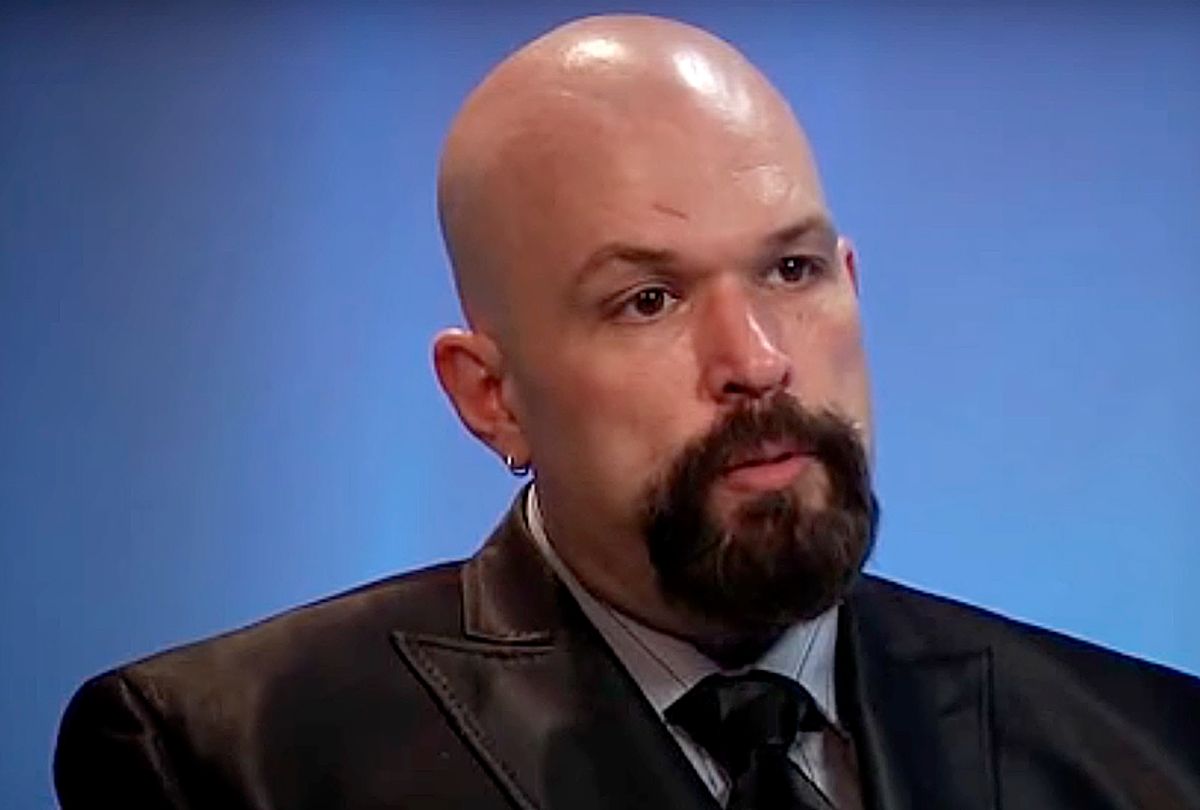 As a news story, the Atlantic’s announcement last Thursday that it had parted ways with the recently hired right-wing columnist Kevin Williamson is of far less national significance than the number of essays it has inspired. The world’s trash dumps are filled with the words of “indispensable” writers, after all.

More noteworthy than the episode itself has been the reaction from Williamson’s fellow conservative intellectuals, most of whom have raged against the venerable magazine and the mainstream press at large for his termination. More interestingly, a smaller and more radical faction has been using the incident as a cudgel to bash fellow conservatives who continue to oppose President Donald Trump.

All of this began late last month after left-leaning activists unearthed several Twitter posts by Williamson from September 2014, in which the former National Review writer stated that he opposed abortion “in all circumstances” and that he believed women who had the procedure should be charged with murder. Although generally opposed to capital punishment, Williamson wrote that he believed that in jurisdictions where wanton killing qualified for the death penalty, women who terminated their pregnancies should be treated just the same. “I have hanging more in mind,” he wrote. (Perhaps meaning he preferred that to less gruesome methods.)

At the time he posted these remark, Williamson’s Twitter quip provoked modest outrage, including from one abortion opponent who said she was “appalled.”

With Williamson having since moved on to a bigger media platform, however, his four-year-old tweets provoked considerably more ire. Despite a chorus of protests against Williamson’s hiring from pro-choice activists and journalists, Atlantic editor Jeffrey Goldberg initially defended his new writer in an internal memo, on the grounds that he always tried to give people “second chances” to exhibit better behavior. He specifically commended Williamson for having canceled his Twitter account before starting his new job.

Goldberg soon reversed course, however, after the progressive group Media Matters republished a National Review podcast recorded the day after Williamson’s Twitter abortion controversy in which he defended treating abortion as a capital crime, in jurisdictions where such sentences existed.

“I would totally go with treating it like any other crime up to and including hanging — which kind of, as I said, I’m kind of squishy about capital punishment in general, but I’ve got a soft spot for hanging as a form of capital punishment,” Williamson said, adding, “if the state is going to do violence, let’s make it violence.” He added that he believed abortion was “worse than your typical murder. I mean, it’s absolutely premeditated.”

Despite this fulsome defense of his original Twitter remark, Williamson told a conservative student audience at Hillsdale College several months later (in March of 2015) that he would prefer to imprison women who had abortions, in his ideal future society where the procedure was criminalized.

“This is an example of intel­lectual dis­honesty that social media empowers,” Williamson said in response to an audience question about the earlier incident. “Often you hear people say [that] people don’t really think of abortion as murder because if they did, they would view it the same way as con­ven­tional homicide cases. It is com­pa­rable to a sit­u­ation where people get 20 years in prison. I meant a point of com­parison, not that I think women who have abor­tions actually should be hanged. The people that wrote that, they’re familiar with my work and know that in most cases of capital pun­ishment, I’m not much of a fan of it, but, of course, they wrote it as though I believe that.”

Shortly after Media Matters released the podcast excerpt, Goldberg sent a second staff memo in which he announced that he had fired Williamson. He also denounced the National Review alumnus for using “callous and violent” words and alleged that Williamson had misrepresented his beliefs.

“The language he used in this podcast — and in my conversations with him in recent days — made it clear that the original tweet did, in fact, represent his carefully considered views," Goldberg wrote. "The tweet was not merely an impulsive, decontextualized, heat-of-the-moment post, as Kevin had explained it.”

Goldberg did not mention Williamson’s Hillsdale speech, so we can only wonder what significance he gave it (assuming he was even aware of that event).

What's especially remarkable is that so many of the conservative reproaches directed against the Atlantic after Williamson’s sacking have failed to mention those Hillsdale comments as well. Almost all the right-wing responses seem to have ignored Goldberg’s accusation that Williamson had deceived him in order to get the Atlantic gig.

Instead of asserting that Williamson didn't really believe women should be executed for having abortions, many conservatives seemed to assume that he did -- but that the Atlantic should have kept him on regardless.

“Kevin Williamson was ‘let go’ from a publication that just couldn’t handle someone with such fierce anti-abortion views. He wasn’t punished for his fanciful views about legal consequences connected to abortion,” Red State blogger Kimberly Ross wrote.

New York Post columnist Karol Markowicz argued that Williamson’s specific beliefs were immaterial. The real issue was, in Markowicz's view, that centrist or nonpartisan journalists are somehow obligated to countenance any conservative opinion, no matter how offensive or controversial.

“In truth, Williamson’s comments are besides the point,” she wrote in a Sunday piece. “The message couldn’t be clearer: Conservatives are unwelcome in the mainstream media.”

Erick Erickson, a Christian nationalist who has repeatedly sought to kick secular and more moderate conservatives out of the Republican Party, argued on Twitter that the Williamson sacking was illustrative of left-wing intolerance:

“Kevin Williamson’s firing is a reminder that there are two Americas and one side will stop at nothing to silence the other,” Erickson wrote. “This is not about a bad tweet or a bad view. It is about the left wanting a monopoly on the public square so none can be exposed to competing ideas.”

Several right-wing writers with more radical views couldn’t help but gloat at Williamson's firing, since he has long been among Donald Trump’s fiercest critics on the political right. Kurt Schlichter, a Townhall.com columnist, used the occasion to poke at Williamson and to hawk his novel about liberals provoking a second civil war.

The anonymous pro-Trump blogger who calls himself “Ace” took a similar line, arguing that "we're in a cold civil war" and that anti-Trump conservatives ought to wise up and unite with the president against the political left:

“Oh well. Guess you're stuck with us, cucks. Looks like the Cool Kids you admire you so much don’t admire you enough to let you sit at their table for longer than a few minutes,” he wrote in a lengthy post which mocked Williamson and other anti-Trump conservatives as foolish naïfs.

Among the very few right-leaning bloggers or columnists who apparently noticed Williamson’s speech to the Hillsdale students was James Joyner, a security studies professor at Marine Corps University. He argued that Williamson’s views on abortion are not as radical as many believe, but that his trollish behavior completely contradicts the Atlantic’s stated goal of forwarding high-level intellectual discussion:

I don’t see him having been fired for the “thought crime” of believing abortion is murder or even that it’s heinous enough an act to merit capital punishment but rather for having delivered that message in a particularly flippant, callous manner — and for giving his editor the idea that a long-ago tweet on the subject was a lark rather than his considered view.

Having now spent a lot more time with Williamson’s thinking on this issue than it reasonably deserved, I’m of the view that his views on the issue are perfectly within the bounds of acceptable discourse and yet am more convinced than ever that he’s intellectually and temperamentally unsuited for the pages of The Atlantic. ...

Williamson himself has remained silent since his termination. That situation is unlikely to last long, however, as John Podhoretz, the editor of Commentary, announced that his conservative magazine would soon publish a piece from the fired Atlantic scrivener: