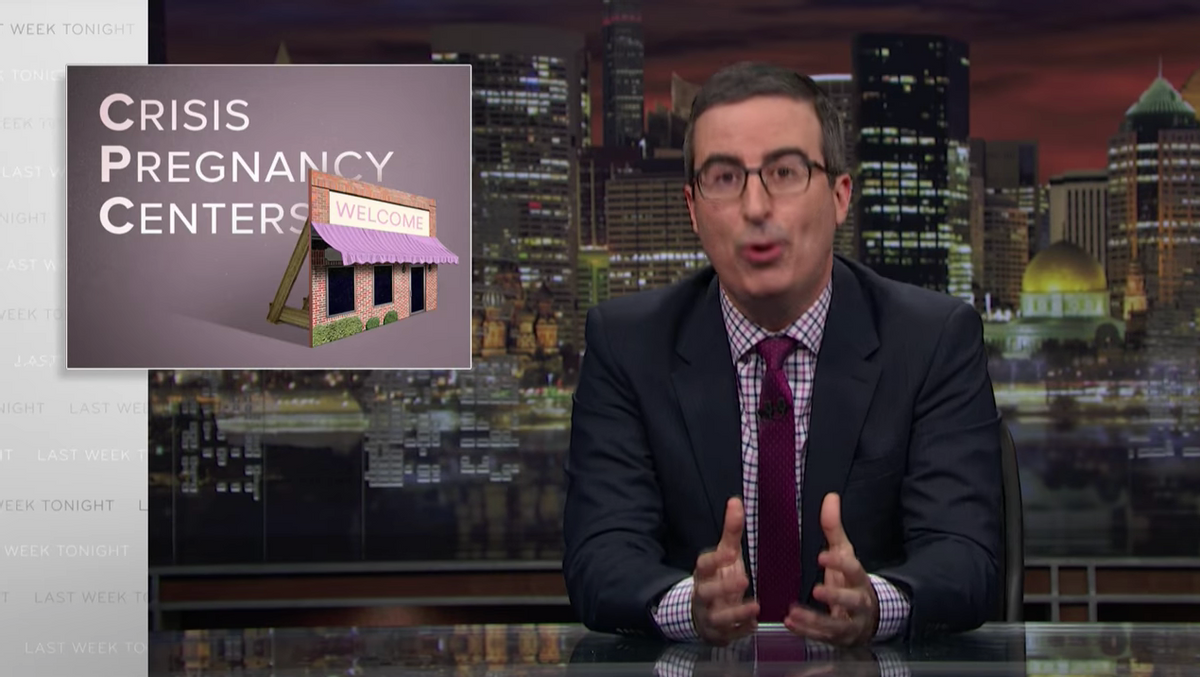 The shady organizations, which essentially pose as resourceful clinics but are actually "the exact opposite," actively attempt to misinform and steer women away from getting an abortion. Many of the organizations are religiously affiliated and are eligible to receive federal funding.

To prove just how deceptive CPCs can be, one staffer said that the "best client you’ll get is one that thinks they are walking into an abortion clinic."

"Maybe Radio Shack should have thought about the strategy of pretending to offer abortions!" Oliver quipped in response.

Oliver explained that CPCs "often have the trappings" of a health care facility, offering services like free ultrasounds. "But often, they're not performing them so much for medical reasons, as for emotional manipulation," he said.

The late-night host blasted CPCs for not even providing accurate information or information that would seek to prevent pregnancies. Instead, he explained, CPCs have given advice such as "condoms are ineffective in preventing pregnancy" and sometimes operate out of vans outside of abortion clinics. In reality, Oliver noted that the organizations should be pushing birth control like Pez candy.

He joked, "filling Pez dispensers with birth control pills, giving condoms to trick-or-treaters and IUD earrings as hostess gifts" would be more helpful.

To close his segment, Oliver warned that the dangers of these tactics must be more widely known and that women should not be "coerced" into making decisions based off a guilt trip or faulty advice that could impact the rest of their lives.

"Right now, it is way too easy for a religious organization to disguise its true nature, establish a CPC and provide women with dangerously poor information about one of their most important health choices," he explained.

To prove his point further, Oliver actually opened his own van-operated CPC named, "Our Lady of Choosing Choice."

"This is all perfectly legal and there is absolutely nothing stopping us from parking outside an abortion clinic tonight and haranguing people in the morning," he said. "And frankly, there really f**king should be."