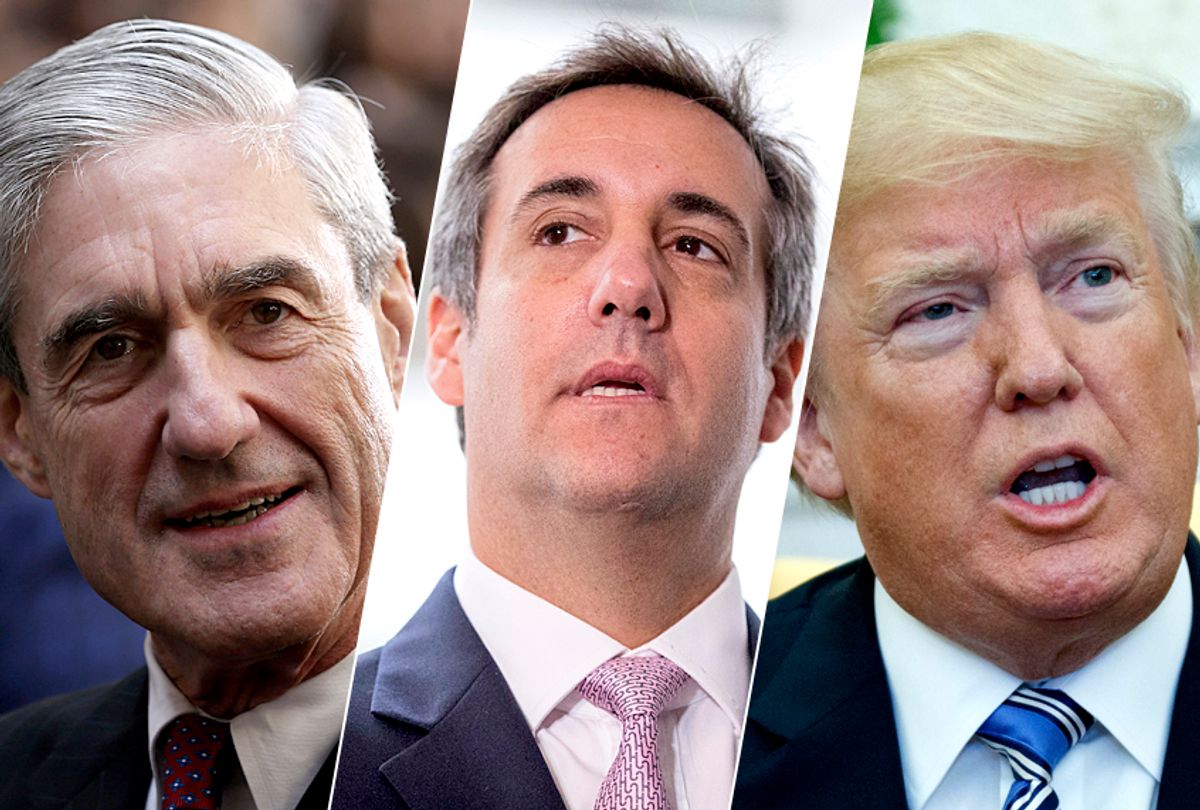 Federal prosecutors in Manhattan obtained the search warrant after receiving a referral from the special counsel, Robert S. Mueller III, according to Cohen’s lawyer, who called the search “completely inappropriate and unnecessary,” The New York Times reported.

Monday's search did not appear to be directly related to Mueller’s investigation into Russian meddling in the 2016 presidential election but likely resulted from information Mueller had uncovered and gave to prosecutors in New York, the Times said.

“Today the U.S. Attorney’s Office for the Southern District of New York executed a series of search warrants and seized the privileged communications between my client, Michael Cohen, and his clients,” Stephen Ryan, Michael Cohen's lawyer, said. “I have been advised by federal prosecutors that the New York action is, in part, a referral by the Office of Special Counsel, Robert Mueller.”

Ryan said his client has cooperated with authorities and turned over thousands of documents to congressional investigators looking into the Russian probe.

As Trump's longtime personal lawyer, Cohen first became a subject of interest in the special counsel's investigation in 2016 -- but his role in the Stormy Daniels saga could mean the scope of Mueller's investigation is expanding. Cohen recently revealed that he paid $130,000 to adult-film actress, Stephanie Clifford, better known as Stormy Daniels, who alleges she had an affair with Trump in 2006.

A White House official says President Trump has been watching reports of the FBI raiding Cohen's office on television, reported CNN's Senior White House Correspondent Jeff Zeleny. He also reports the president knew about the raid before it broke in The New York Times and on TV, citing the White House official, but notes that it's unclear if Trump has spoken to Cohen.

"This is war," conservative commentator Bill Kristol said on CNN, of the FBI's raid of Cohen's office. He continued, "[The raid] shows that we are very close now to the end game," regarding Special Counsel Mueller's investigation.

The renewed motion file says that Daniels' case calls for a deposition of Trump and Cohen for no more than two hours and also includes 10 requests for production of documents directed at Trump and Cohen. The motion “centers on a dispute concerning whether a settlement agreement, containing a mutual release and terms of non-disclosure, was ever formed between the parties.” In addition, Avenatti is seeking an expedited trial to determine the validity of a non-disclosure agreement signed by Daniels and Trump, which he claims is not valid because Trump did not sign it.

Avenatti said the questions he wants to ask include whether Trump is "David Dennison" or "DD," as referenced in the agreement, whether Trump knew about the agreement, whether he "truly did not know about the $130,000 payment," whether the payment was made with Trump's money and what Cohen's role was, according to CNN. Avenatti also wants to know if "Mr. Trump personally [made] an effort to silence Plaintiff in order to benefit his presidential campaign by preventing voters from hearing Plaintiff speak publicly."

Also last week, President Trump responded publicly for the first time to questions about the $130,000 payment made to Stormy Daniels.

While speaking with reporters aboard Air Force One following an appearance in West Virginia, Trump was asked if he knew about the $130,000 payment, which Michael Cohen arranged for Daniels.