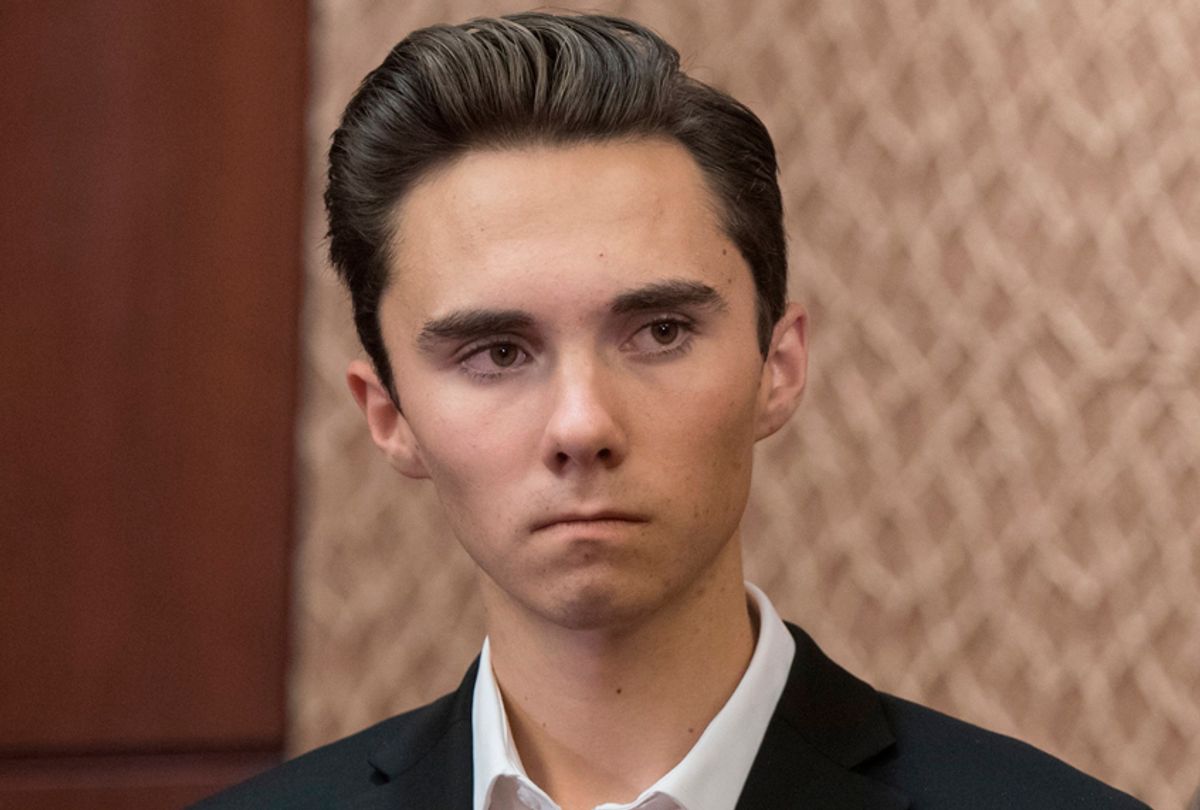 Shortly after his resignation, Allman also lost his "ratings-topping" job as an FM radio host of the show "Allman in the Morning," according to the St. Louis-Post Dispatch.

The tweet by Allman followed a string of verbal attacks directed towards Marjory Stoneman Douglas High School students in the wake of their mobilization on the issue of gun reform, after having suffered a tragic school shooting.

On March 26, Allman tweeted, "When we kick their ass they all like to claim we’re drunk. I’ve been hanging out getting ready to ram a hot poker up David Hogg’s ass tomorrow. Busy working. Preparing."

Allman was the host of a show on KDNL, an ABC affiliate in St. Louis, owned by Sinclair. A spokesperson for the company confirmed to TheWrap on Monday that he had been fired.

"Yes, his show is cancelled, and he is off the air immediately," Ronn Torossian said.

"We have accepted Mr. Allman’s resignation, and his show has been canceled," Torossian also told The Washington Post.

Allman's radio program immediately lost advertisers in the aftermath of the controversy. His show "was a much bigger platform" for him, and "was among the biggest draws in the time slot in the St. Louis market," the Post-Dispatch noted.

"I can tell you on the record KFTK has parted ways with Mr. Allman and that his show is canceled effective immediately," Esther-Mireya Tejeda of Entercom Communications, told the Post-Dispatch on Tuesday night.

Sinclair has come under fire for its far-right content that favors President Donald Trump, as well as a recent viral video in which news anchors across the country all read from the same Orwellian script.

The tweet by Allman also came just two days prior to Fox News host Laura Ingraham's criticism of Hogg. Ingraham lost advertisers as well, even as she returned to her show from vacation on Monday night. But instead of apologizing on-air, she doubled down and labeled the boycott of her show as a leftist attack on free speech and claimed it was "Stalinist, pure and simple."

It all comes at a time when the Parkland shooting survivors have taken the country by storm in hopes to create positive change and reduce gun violence. Conservatives have instead played the victim, as they've bullied and dismissed the teenage students' efforts.