"They’re not against sex either, they just hate unsexy zoos," he explained 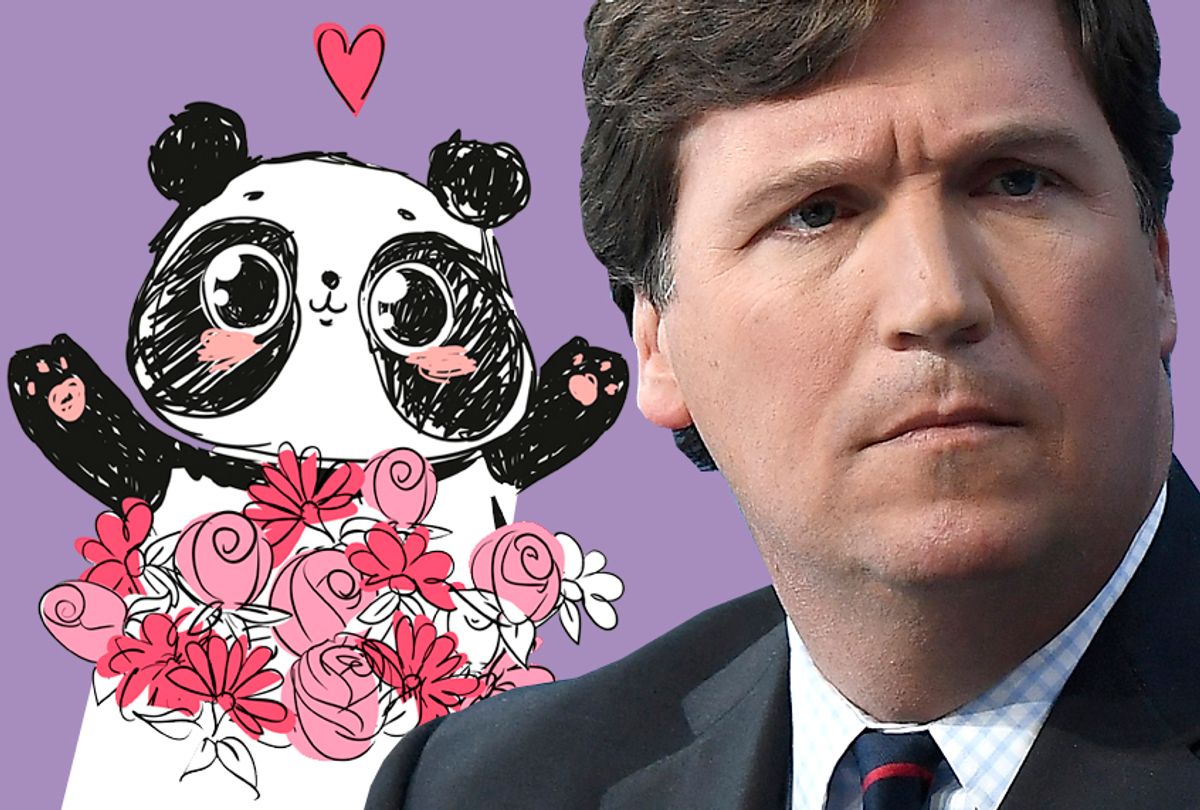 Here’s an existential question: If mainstream media depicts reality, and right-wing media depicts a parallel universe — one in which the patriarchy has been dismantled, the evil liberals are utterly victorious in the culture wars, and a panda’s sex drive is headline-worthy — which universe would you rather live in?

At least, the latter sounds more fun. So it seems either Fox News host Tucker Carlson is permanently stuck in an alternate reality, or he’s purposely trying to avoid reporting on President Donald Trump’s slow unraveling.

On Monday night, Carlson reported on what he or his masters at Fox believed to be one of the most important news stories of the day: Panda bears have sex. Oddly, the FBI raid on the office of Trump’s personal lawyer, Michael Cohen, or U.S. military intervention in Syria, didn’t make the cut in the editorial meeting. But debunking fake news about panda bear sex did.

“You know the official story about pandas — they’re cute, they’re adorably helpless, which is why they’re almost extinct,” Tucker said. “But like a lot of what we hear, that’s a lie. According to today’s Wall Street Journal, quote, ‘The real panda is a secret stud, with a taste for flesh and a fearsome bite,’” Tucker said. “Pandas, it turns out, can easily kill you if they felt like it, thank god they don’t.”

Here’s the kicker: "They’re not against sex either, they just hate unsexy zoos, but when they’re in the wild male pandas engage in a fierce sexual contest. The winner has sex 40 times in a single afternoon.”

Carlson was inspired by a recent article in the Wall Street Journal titled, “The Un-Cuddly Truth About Pandas.”

The segment understandably caused a flurry of comments on Twitter, including some speculation on how pandas bears could be tied to Michael Cohen’s raid.

This is the proverbial cherry on top of Carlson's outrageous remarks on his show, "Tucker Carlson Tonight," as of late. Indeed, Carlson spent Women's History Month running a series of segments on his highly-rated prime time show denying that widespread sexism even exists. Typical of right-wing grievance culture's tendency to subvert reality, Carlson even declared, "the patriarchy is gone, women are winning, men are failing."

Unfortunately for Carlson, this news about panda bears wasn’t exactly new. In November 2017, Fivethirtyeight published a feature on a panda bear named Pan Pan who was “really good at sex." Now that was a story worth telling.

You can watch the clip here: