What does Trump really think about JFK's assassination?

With assassination files due to be released April 26, the president and his spooks are divided 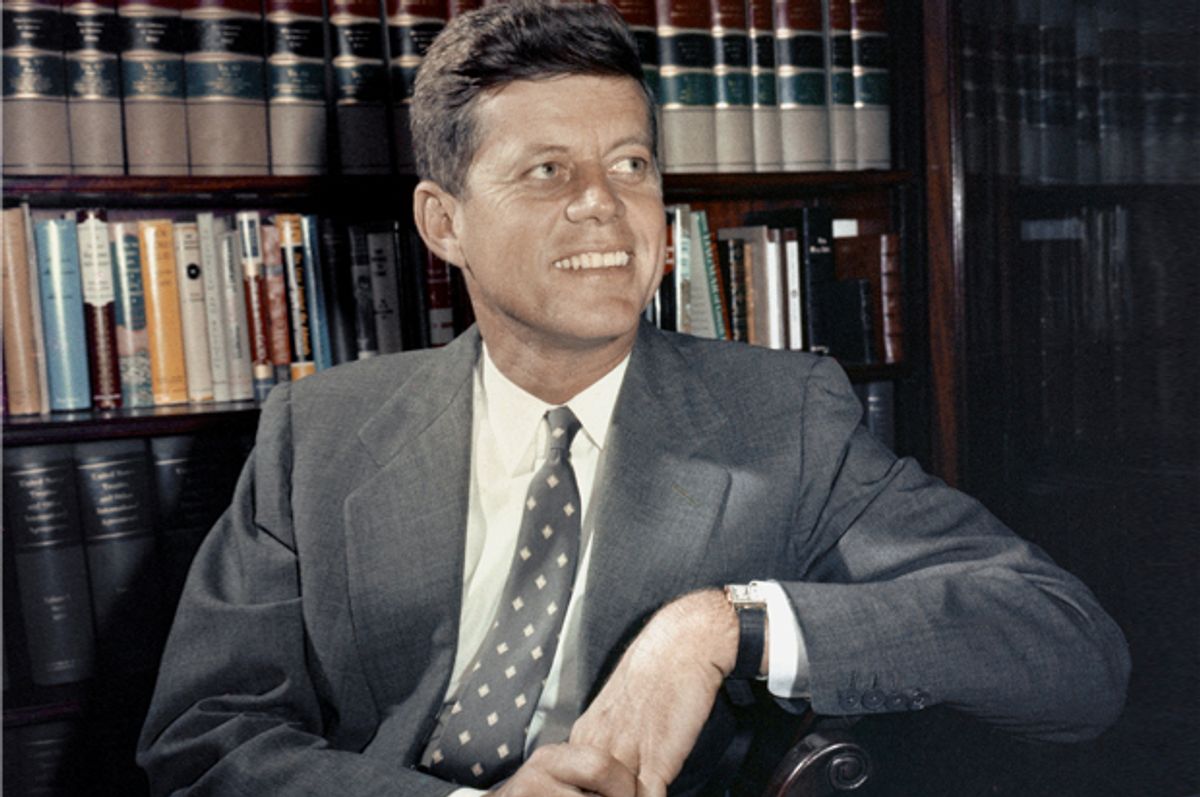 April 26 is the deadline for full disclosure of all of the government's JFK files, according to this written order from the president. Or maybe it isn't.

The April date was set by Trump last October 26 when the statutory deadline, set by Congress in the 1992 JFK Records Act, arrived with great media fanfare. As news organizations worldwide clamored to know what might be in the last of the government's JFK files, Trump acceded to pressure from the CIA and delayed full implementation of the law for six months.

Many JFK files remain out of public view, including those most of interest to historians and researchers. According to the Mary Ferrell Foundation, 21,890 JFK files remain wholly or partially secret, thanks to Trump's agreement. These include key files on CIA and FBI officers who participated in the pre-assassination surveillance of Oswald.

As the JFK deadline approaches for the second time, the question arises: will President Trump deliver on his promise of full disclosure?

Trump's behavior is difficult to predict, but a look at all of his JFK tweets illuminates a subterranean struggle with the CIA that will come to a head later this month.

Trump favors full disclosure of the JFK files. It is not that he has any interest in JFK's assassination. He's smeared Ted Cruz's father with a bogus conspiracy theory and has endorsed the official story that there was no conspiracy.

As a political operator, Trump intuits a cultural truth: the JFK assassination story is an enduring public memory, an archetypal myth that has political power. The initials JFK evoke popular suspicions of hidden power, which Trump professes to challenge as a way of attracting followers.

Trump knows too that the JFK story is an enduring sore spot — a vulnerability — for the CIA and the FBI. The agencies performed atrociously before and after Kennedy was killed. Even a half-century later, they have little credibility with the public on the death of a popular president.

And, of course, Trump has enemies in the CIA and FBI. So the idea of releasing all the JFK files is not only popular, it also offers an opportunity to embarrass those agencies he derides as the "deep state."

The Illusion of Full Disclosure

So it was no surprise that Trump, in his first tweet on the subject last October, gave the impression that he had ordered all of the JFK files to be released.

On October 26, 2017, the National Archives made public some 2,800 JFK files—about 10 percent of the records that were, by law, supposed to be made public. NBC News reported, incorrectly, that Trump released "most but not all of the JFK files."

In fact, 90 percent of the files remained secret. Although many more were released to the National Archives by year's end, thousands more remain out of public view.

The bargain was recorded in Trump's presidential order of October 26, 2017. Trump explained that certain unnamed:

"executive departments and agencies (agencies) have proposed to me that certain information should continue to be redacted because of national security, law enforcement, and foreign affairs concerns. I have no choice—today—but to accept those redactions rather than allow potentially irreversible harm to our Nation’s security."

He was referring to the CIA and FBI, which control about 85 percent of the still-secret JFK files. The secret agencies, he said, had thwarted his desire for full disclosure, at least in the moment. But Trump's interjection of "today" indicated that he hoped another day would come when he did have a choice.

Trump was trying to reset expectations. He was seized by a previously undetected desire to handle JFK information "carefully." Trump was no longer promising release of all the files; merely "hoping" for "great transparency."

The Making of a Deal

After his October 21 tweet, Trump indeed received "further information." It came from the CIA, which asserted it was not ready to comply with the JFK Records Act.

According to one official who spoke to Reuters about the JFK discussions in the White House, Trump only acceded to the CIA "with deep insistence that this stuff is going to be reviewed and released in the next six months."

Roger Stone, a Trump confidante and not always reliable source, told the Washington Post that "a very good White House source — not the president — told me that the Central Intelligence Agency, specifically CIA director Mike Pompeo, has been lobbying the president furiously not to release these documents."

The next day, the president's Twitter feed disgorged an embedded graphic that described the compromise. It didn't look or sound much like Trump.

Later the same day Trump tweeted his version of the understanding that had been reached.

The president got a CIA commitment to full disclosure ("ALL #JFKFiles"), minus the names of living persons.

The CIA obtained Trump's endorsement of the notion that the coming release of the files will qualify as "full disclosure," and secured White House support for the CIA's perennial mission of putting "any and all conspiracy theories to rest."

Six months later, the JFK files deadline is approaching again. The disorganized president is the subject of criminal investigation. He has brought in a cabal of national security hawks while he wages a trade war that has rattled Wall Street. He has much more important things to think about than a 54-year-old homicide case. Yet he has to make a decision.

What Will Trump Do?

Suffice it to say, what Trump does will be determined by his instincts and his political needs in the moment.

From the CIA he will likely get the same advice this month that he got last October: that full JFK disclosure poses some kind of threat to national security. He will hear the recommendation that the release of some—or many thousands of—JFK files must be postponed.

Mike Pompeo has moved on to the State Department, but his appointed successor, Gina Haspel, is a career officer who will likely be just as adamant about keeping JFK secrets. Haspel destroyed 92 CIA videotapes to conceal the nature of the agency's torture program. It's not hard to imagine her destroying JFK files to conceal the agency's pre-assassination surveillance of Lee Harvey Oswald.

Hence the drama of the April 26 deadline. While Trump favors JFK disclosure for populist political reasons, his closest advisers oppose it for national security reasons. Trump must now choose. Will he again conclude he has "no choice" but to go along with the secretive agencies? Or will he defy his national security advisers?

I truly don't know what to expect. I sounded out Larry Sabato, a JFK historian and scholar of the American presidency, about Trump's dilemma, and he replied by email: "My bet is Trump will do whatever his new BFF Pompeo recommends. That means CIA will be protected."

In short, Trump's bargain on the JFK files is a work in progress, not a done deal.