"Made in Cambodia" explores the human cost of cheap clothes 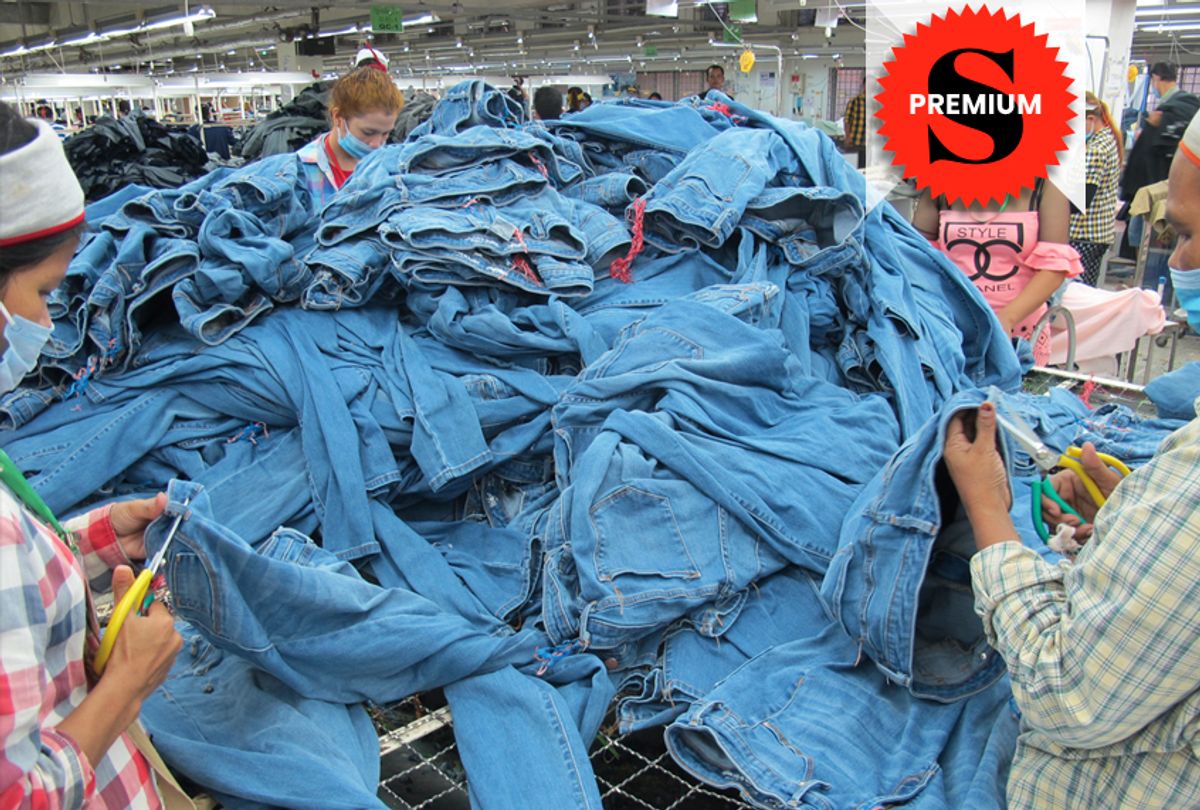 A still from "Made in Cambodia" (Asad Faruqi)
--

Be warned: watch “Made in Cambodia” on Salon Premium and you may never look at the clothes in your closet the same way again. But that’s a good thing. Asad Faruqi was enlisted by the non-profit organization, Remake, to direct a film that follows three New York City Parsons fashion school students as they travel to Cambodia to examine the conditions of garment workers.

You can watch the full documentary "Made in Cambodia"  on Salon Premium, our new ad-free, content-rich app. Here's how.

Faruqi spoke with Salon about his powerful film, “Made in Cambodia,” which should move you to tears or, perhaps, to forever change your wardrobe.

How did the project, and your involvement, come together?

I directed “Made in Cambodia” for a San Francisco based advocacy organization called Remake, whose mission is to make fashion a force for good. Their founder Ayesha Barenblat and I are from the same hometown in Karachi, Pakistan and I was intrigued by Remake's focus to put a human face to the invisible women who make our clothes in factories around the world. We first collaborated on a different short: "Made in Pakistan." When the opportunity arose to shoot in Cambodia with next-generation fashion designers coming face to face with factory workers, I jumped at the chance to direct the project.

Can you tell us about a particularly memorable moment from the production?

We first met one of the workers, Sreyneang, at a mass production factory. She had been working in factories since she was a child. The Parsons students immediately bonded with her. She wanted to see pictures of their university in New York and spontaneously invited us all to her home. That was a really powerful moment — to be able to see how she lived and meet her daughters. Her love and generosity — she insisted everyone stay to have a meal with her — really moved us. She wanted the world to know her story.

Another memorable moment was during a really rainy day where we drove an hour out of Phnom Penh to a safe location where workers from subcontracted factories (the likes of Zara, H&M and Tommy Hilfiger) had gathered to share their stories with us. One of the women, Char Wong was a force of nature. The eloquence with which she described the impossible output incentive targets set-up by the factory and her fierceness to keep fighting for work with dignity, was very moving.

It looks like there were many moments during shooting when the Parsons students were about to be overwhelmed with emotion.

It was an overwhelming experience for everyone on the team to be inside a factory and see women working. We wanted the viewers to connect with the women who make our clothes today and to also be drawn into the students’ journey in a subtle way. Too often the stories of sweatshops are focused on shock and awe. We wanted to tell a different story, showing how the students emotionally connected with the workers in a more human and authentic way. I felt Remake's stories are focused on building long lasting empathy and this seemed like the right way to tell this story.

How has the film been used by Remake?

Remake has toured with the film up and down the country, showing it across U.S. campuses, a few film festivals and sharing the journey online. The film has been a powerful way for millennial consumers and next generation designers to think about the millions of women who make our clothes. We have heard from many early adopters within Remake's movement that the film helped them break up with fast fashion and to instead commit to investing in brands that are pro-women and our planet.

Labor and advocacy groups have applauded the film. Fashion schools such as California College of the Arts and Parsons have been motivated to take a more human centered approach to their sustainability courses since the film screening. Transparent, slow fashion brands have been grateful for Remake's efforts though the larger clothing corporations have been muted in their response, with some questioning how Remake got into factories and talked to workers in the first place.

Can you give us an update on Sreyneang or any of the Parsons students who went to Cambodia?

Sreyneang continues to work at a large factory, picking up overtime hours but has managed to keep her daughter in school. She is focused on ensuring that her daughter has a better, brighter future. All three students’ final design theses were deeply influenced by the Remake journey. Allie is now interested in becoming a journalist that shines a light on the fashion industry; Casey has recently graduated and is hoping to work for a sustainable fashion brand; and Anh attributes embracing her identity partly to this experience. Anh wants to head to Vietnam next, to get to know what conditions are like in the country where her parents were born.

I recently finished a film, “Armed with Faith,” about a group of bomb technicians working in the North West of my home country of Pakistan. The film was broadcasted on PBS earlier this year and is playing at festivals. And Remake is currently touring with "Made in Sri Lanka" that gets into the subtle nuances of garment workers not making a living wage and being up against sexual harassment, given that this is an industry that is powered by women but controlled by men. We hope for people who watch the next short, to ask the question, “Where is the #metoo movement for garment workers?”

Take a trip to Southeast Asia and into the hearts and minds of the people who make our clothes.  Watch "Made in Cambodia" on Salon Premium, our new ad-free, content-rich app.