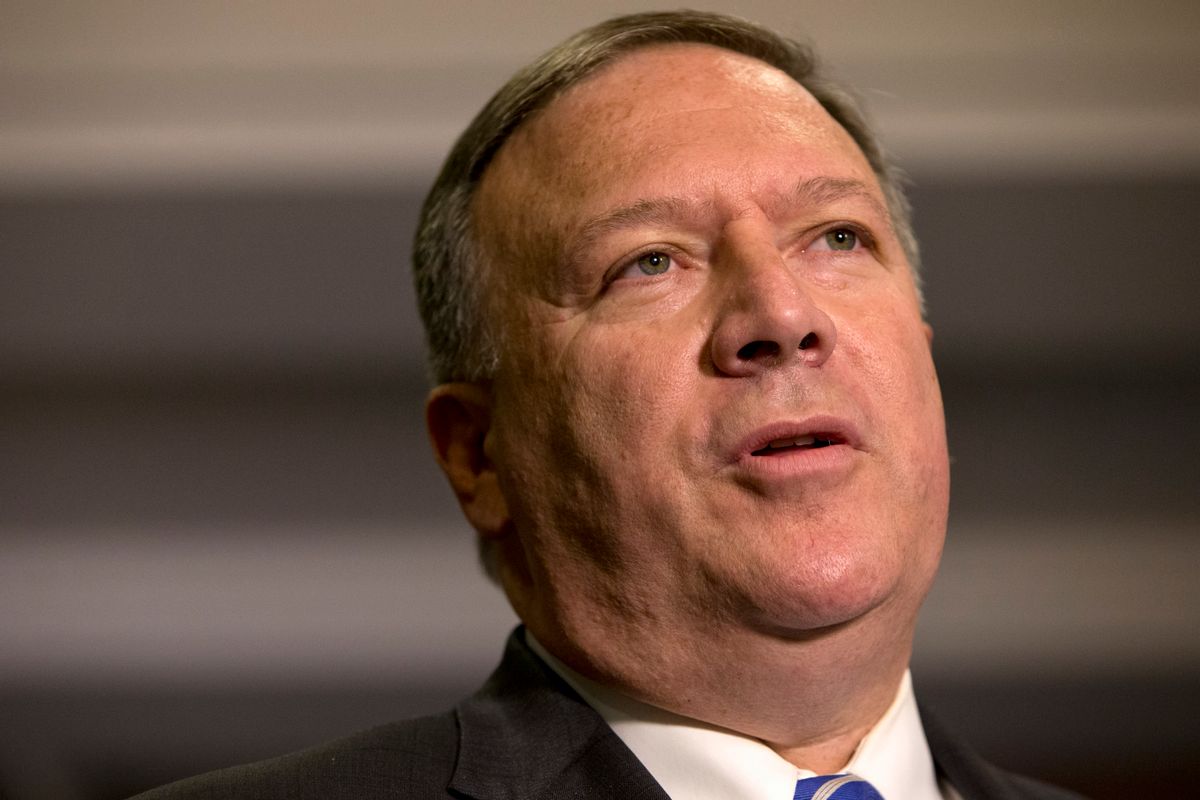 As a former Middle East analyst at the State Department, I believe that confirming Pompeo as America’s top diplomat will have dramatic foreign policy implications in the Mideast region.

In 2015, Pompeo voted against a deal that the Obama administration negotiated to remove some international economic sanctions on Iran. In exchange, Iran would significantly scale back its nuclear program and submit to intrusive international inspections.

And if Trump scraps it, the whole Middle East could erupt in conflict.

Why Tillerson had to go

The outgoing secretary of state was fired for a host of reasons, some of them personal.

Tillerson and Trump did not know each other prior to the 2016 election, and it seems Tillerson never gained the president’s trust. The president reportedly found Tillerson arrogant, disrespectful and less compliant than other cabinet members.

Tillerson earned Trump’s ire by disagreeing with him on many substantive policy matters, including the president’s decisions to withdraw from the Paris climate accord, recognize Jerusalem as Israel’s capital and cozy up to Russia. Tillerson also called his boss a “moron” after a July 2017 meeting at the Pentagon.

In short, as Trump suggested to reporters on the White House lawn, the two never developed good “chemistry.”

Perhaps most importantly, though, Tillerson defied Trump on Iran. Trump has been highly critical of the international nuclear agreement since his 2016 presidential campaign, calling it “the worst deal ever negotiated.”

He wanted to scuttle it when it came up for recertification in July 2017, but his secretary of state advised against it on both diplomatic and security grounds.

Tillerson has been strongly critical of Iran, condemning its regional aggression and its meddling in the Syrian civil war. But I believe he understood, as many other policy analysts did, that backing out of the nuclear deal would destabilize the Middle East – and potentially put the world at risk – because Iran would likely react by restarting its nuclear program.

Tillerson, a former international business executive, was also more sensitive to the opinion of European allies than his boss. Rather than sour relations with the U.K., France, Germany and other key partners by terminating an agreement that they helped negotiate, he worked with the Europeans to come up with a compromise that Trump might find tolerable.

Secretary of Defense James Mattis agreed with Tillerson on Iran. The two of them periodically lobbied the president not to scrap the deal, and their influence got the agreement recertified in July 2017.

But Trump resented being pressured. Remember, this is a president who has openly stated that only his views matter when it comes to foreign policy.

Tillerson disagreed. As he said in his somber March 13 goodbye speech, he believed his job as secretary of state was to serve the nation and defend the U.S. Constitution.

To Trump, Tillerson’s stance on Iran wasn’t just a difference of opinion – it was, perhaps, an act of disloyalty.

In October 2017, Trump finally decertified the Iran deal, which effectively opened the door for the U.S. Congress to reimpose sanctions. In his January 2018 State of the Union address, he was more direct, calling on lawmakers to “address the fundamental flaws in the terrible Iran nuclear deal.”

As a congressman, Pompeo opposed the Obama-era Iran agreement as “unconscionable,” and he said after Trump’s election that he was looking forward to “rolling it back.” Pompeo – with whom, Trump reports, he has very good chemistry – is also on record saying that Iran is “intent on destroying America.”

Congressional aides who’ve worked with him say that Pompeo is a smart guy, level-headed and reasonable. But if he eggs on Trump’s most belligerent instincts, I believe the Iran deal won’t last the year.

This could unleash a dangerous chain of events in the volatile Middle East.

If the U.S. reimposes sanctions on Iran, hard-liners there – who have always opposed the nuclear deal – would likely pressure Iranian President Hassan Rouhani to retaliate by restarting the country’s uranium enrichment program.

I believe Israel would then feel justified in taking military action against Iran, which has been threatening its national security for decades. In doing so, Israeli Prime Minister Benjamin Netanyahu would have the behind-the-scenes backing of Saudia Arabia, a regional power and longtime rival of Iran, and possibly other states with a Sunni Muslim majority.

Israel and Saudi Arabia never supported the Iran nuclear deal. They feared that lifting sanctions on Iran would merely give Tehran more resources to foment strife in the Arab world.

Analysts agree that should some Sunni Arab countries team up with Israel against Iran, Iran would not limit itself to responding with missiles. It could also persuade its well-armed allies like Hezbollah and the Palestinian Islamic Jihad to launch rocket attacks on Israel, too.

I doubt Mideast war is the outcome Pompeo and Trump would seek by ending the Iran deal, but it may be just the disaster they create.