Abusive relationships: Why it’s so hard for women to "just leave" 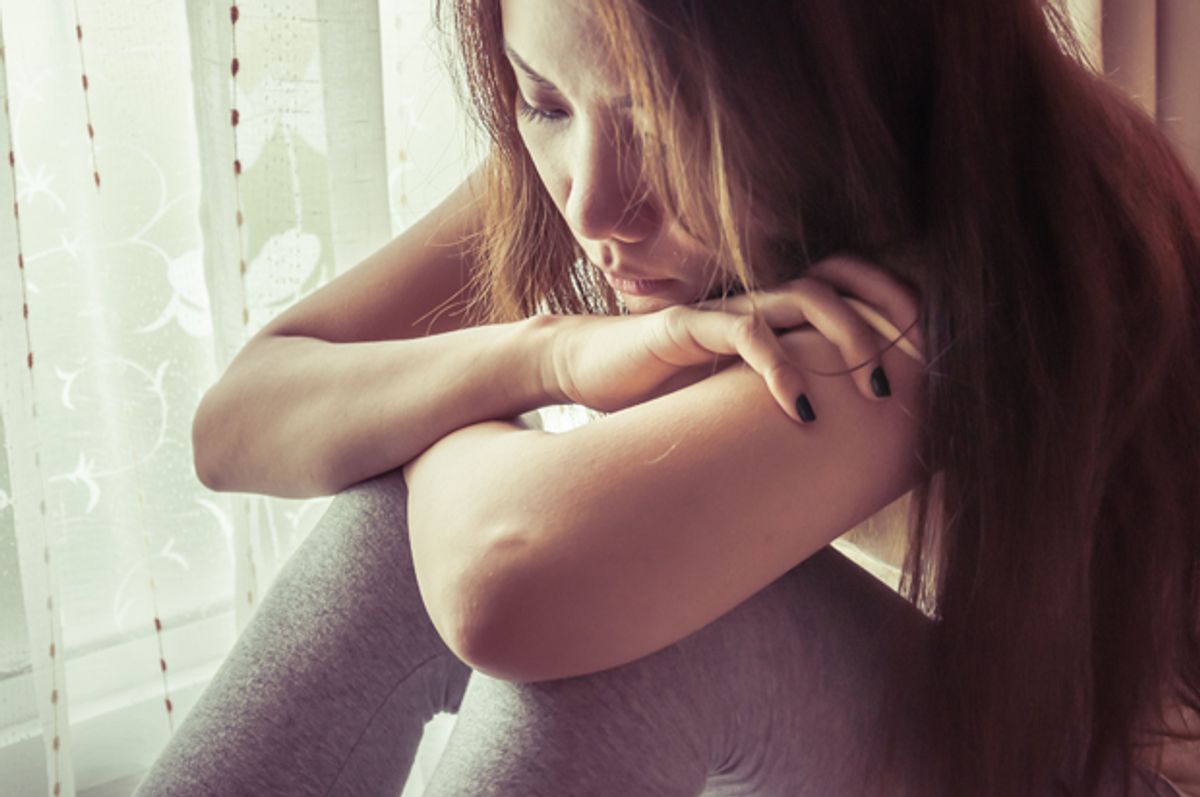 In a widely read blog post, Jennifer Willoughby wrote this phrase after each of the many reasons she gave for enduring what she described as her abusive marriage to former White House aide Rob Porter.

Willoughby’s reasons are consistent with those that hundreds of abused women report to researchers. These are women often caught in a web made from isolating, confidence-crushing abuse and by realistic fears of greater harm should they leave. They also can feel caught when they meet indifference from others or, worse, insults that add to their injuries.

I am a social work scholar whose research focuses on the problems of dating and domestic violence. My colleague Deborah Anderson and I, as well as other researchers, have published reviews of many studies of the barriers women face in leaving abusers. We found the barriers cluster in several areas.

Not surprisingly, lack of material resources, such as not having a job or having limited income, is a strong factor. Lack of support — and even blame — from family, friends and professionals can add to the sense of helplessness caused by the abuse.

Then there is often the constant fear, based in reality, that abuse and stalking will continue or escalate after leaving. The risk of homicide, for example, increases for a period of time after a woman leaves her abusive partner.

The psychological reasons women stay are naturally less visible, making it hard for many to understand and sympathize with victims.

Willoughby described the first stage women typically go through when she said she thought something must be wrong with her. Her response? “And so I worked on myself and stayed.”

She then described other reasons: “If he was a monster all the time, perhaps it would have been easier to leave. But he could be kind and sensitive. And so I stayed.

"He cried and apologized. And so I stayed.

"He offered to get help and even went to a few counseling sessions and therapy groups. And so I stayed.

"He belittled my intelligence and destroyed my confidence. And so I stayed. I felt ashamed and trapped.”

Willoughby illustrates themes commonly found in our review: abusers switching from extreme kindness to being a monster; the victim feeling compassion when the abuser apologizes; the victim holding on to hope the abuser will change; and the abuser destroying the confidence of the victim.

Porter’s other ex-wife, Colbie Holderness, described the last theme this way: “. . . his degrading tirades for years chipped away at my independence and sense of self-worth. I walked away from that relationship a shell of the person I was when I went into it . . . I had to take an extended leave from graduate school because I was depressed and unable to complete the work.”

Leaving is often a complex process with several stages: minimizing the abuse and trying to help the abuser; coming to see the relationship as abusive and losing hope the relationship will get better; and, finally, focusing on one’s own needs for safety and sanity and fighting to overcome external obstacles.

Are the obstacles to leaving different for women married to highly respected, prominent men — the star quarterback, the well-regarded army captain, the beloved minister?

Research is sparse on this topic. The closest are a review of case studies and a survey of those married to police officers. Both show that, in addition to the obstacles described earlier, these partners are often reluctant to report the abuse for two reasons.

First is the fear of ruining their partner’s career.

When Willoughby went for help, she said she was counseled “to consider carefully how what I said might affect his career,” adding with resignation, “And so I kept my mouth shut and stayed.”

The second reason for staying silent is fear of not being believed.

“Everyone loved him,” Willoughby said. “People commented all the time how lucky I was. Strangers complimented him to me every time we went out.” Apparently, as a result, “Friends and clergy didn’t believe me. And so I stayed.”

Similarly, Holderness said that “an abusive nature is certainly not something most colleagues are able to spot in a professional setting, especially if they are blinded by a stellar resume and background.”

Holderness added that clergy did not “fully address the abuse taking place.”

Instead, she said, “It wasn’t until I spoke to a professional counselor that I was met with understanding.”

Accounts from Porter’s ex-wives echo those of Charlotte Fedders, who described her abusive marriage to the chief enforcement officer of the Securities and Exchange Commission in her 1987 book “Shattered Dreams.”

Fedders recently noted the parallels with Willoughby and Holderness. People said about her husband: “He just must be so wonderful to live with, as he’s extremely charming and smart.”

And while public acceptance of domestic abuse has decreased over time, blaming victims for their abuse still exists and is tied to sexist views, such as the belief that discrimination against women is no longer a problem and men and women have equal opportunities.

Even professionals are not immune from such attitudes. In various settings, such as health care, marital therapy and family court, professionals often fail to ask about abuse. Or, if they hear of the abuse, they blame victims for triggering it or don’t believe them.

Professionals often insist on corroboration from official reports without giving any credence to victim reports. Yet fear and shame hold victims back. Less than half of domestic abuse survivors make reports to the police or health care workers.

In our studies examining attitudes — including those of police officers, judges, nurses and physicians — victim-blaming and a reluctance to believe women’s reports of victimization were closely tied to sexist views.

Fortunately, professional training is available on how to respond to domestic abuse, from programs for clergy to judges to law enforcement. And to fight gender bias, the National Center for State Courts is applying new strategies, such as exercises that increase awareness of unintended bias.

Ultimately, we need to prevent domestic abuse to keep it from happening in the first place. Involving boys and men is one promising approach, such as helping high school coaches model respectful behavior for their athletes and encouraging fathers to be more nurturing with their children.

In the meantime, it takes little or no training for professionals, or anyone else for that matter, to validate victims’ experiences and thus help them build the inner strength to leave.

We can do this by repeating what Jennifer Willoughby said recently to victims: “Please know: It is real. You are not crazy. You are not alone. I believe you.”