One example was "Malaysian Airlines: 'Caught in a scandal and need an escape?'" 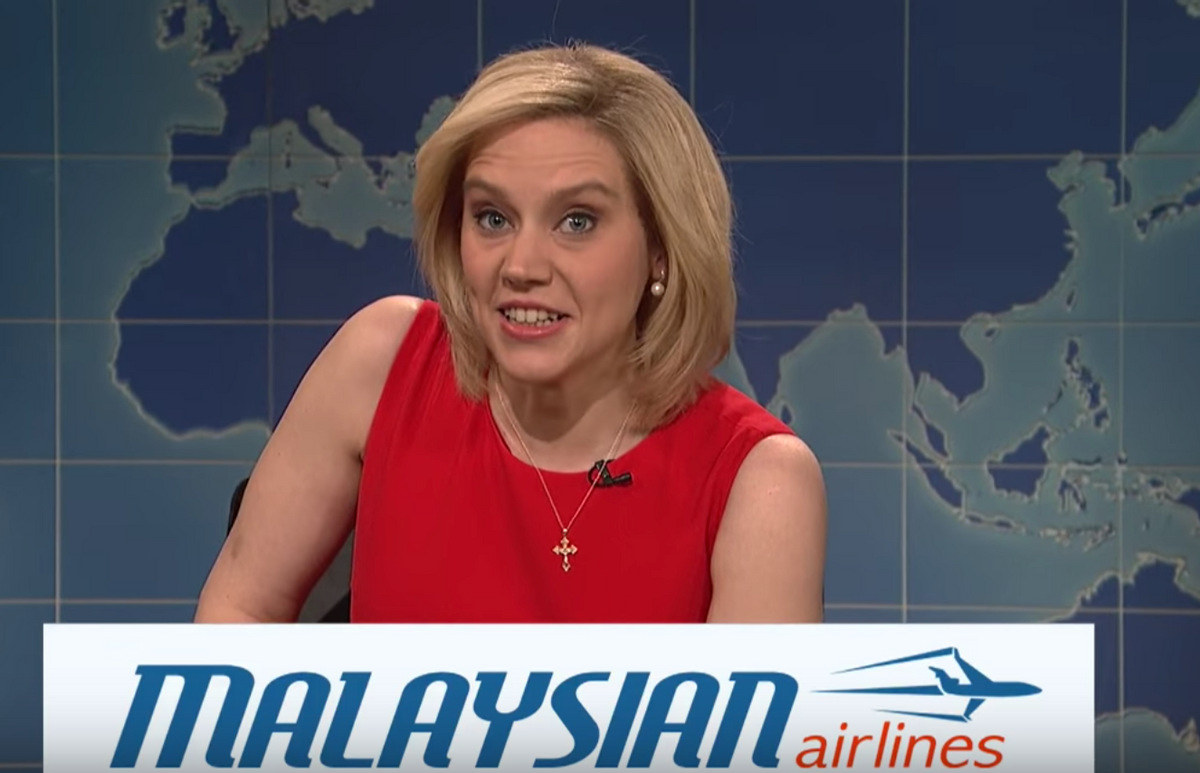 Fox’s News host Laura Ingraham has been struggling to retain advertisers. Recall, she publicly criticized high school senior David Hogg, who survived the February school shooting at Marjory Stoneman Douglas high school, after he was rejected from certain universities. As a result, among presumably other reasons, numerous companies pulled advertisements.

On Saturday Night Live, Kate McKinnon played Ingraham on the show’s “Weekend Update,” and depicted the troubled host returning after her “Easter Break.”

"It's so good to be back after that planned vacation. It was so fun and so planned and so scheduled a long time ago,” McKinnon’s Ingraham said.

She continued by highlighting her new sponsors, citing the names and slogans.

"Like Carl’s Sr.: 'Leftover Carl's Jr. food ground to mush for old people. Mmm, Carl's Sr.' And Your Pillow. From the makers of My Pillow. 'Send us your pillow. We need more pillows.' Or how about Shkreli's Jelly. It's just jelly that’s $8,000 a jar."

Speaking with Weekend Update anchor Colin Jost, McKinnon’s Ingraham explained that she would defend the “First Amendment against the totalitarian left.”

"That's my right to bully people without being bullied in return,” McKinnon’s Ingraham said.

Then she asked viewers not to boycott her show.

"Our country's so divided right now and I'm an important part of that. Let's move on. You know I'm gonna say something worse. Why don't you just watch the show and find out what that's gonna be?" McKinnon’s Ingraham asked, before listing off more advertisers.

McKinnon’s Ingraham one more advertiser for last though.

"But you know who's not afraid to sponsor this? Cream Soda. 'The soda for whites. You got the white one, baby!'"