The painful truth of life after prison: Getting a job can be impossible

We condemn people who go in and out of prison, but won't fix the system that keeps a new life out of reach 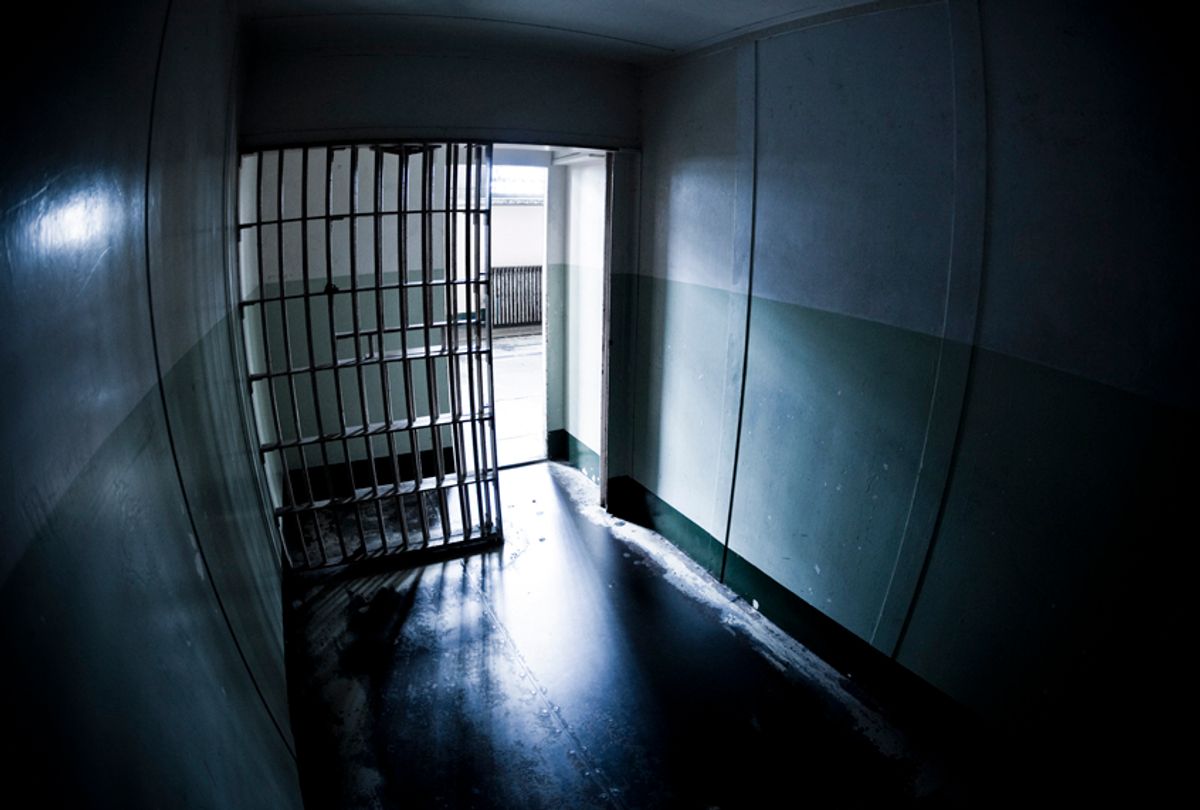 One day I pulled over in front of my aunt’s place to use the bathroom. Six pounds on the door before Big Guy A yelled across the yard, “She not home, dummy, you just missed her!”

(I’m calling him Big Guy A to protect his identity.)

“Lemme use your bathroom, bro!”

He cracked the door as I ran past the small group of dudes hanging in front of the complex. They were playing cards, talking trash, trading insults — just waiting around. Being black and poor comes with a lot of waiting.

A steamy locker room funk greeted me at the door. Clothes decorated the floor; I tried not to step on them but couldn’t help kicking some jeans out of the way to close the door. This bathroom had never been cleaned. I aimed for the center of the brown-tinted water in the rusted bowl and flushed with the tip of my Nike. A white bar of soap with beige edges perched on the sink. I just used water.

I glanced in the kitchen on the way out, and saw Big Guy A taking empty gel caps out of a plastic bag and placing them into a drawer next to his fridge. I understood the dirty soap, stink and overall grimness of the spot. I was in a trap house.

A trap house is a place where illegal drugs are bought, sold, packaged and stored. The word “trap” is pretty self-explanatory — once you start, death or jail (which is basically death) are the only two destinations, so we call it a trap.

“Bring the water out front, homie,” I replied. “I can’t chill in a trap house, man. Plus it stinks in here.”

He laughed and followed me out front with three waters and a bag of Rap Snacks, the chips with a picture of Fabolous on the front. Big Guy A tossed me the bottle of water and flopped on a busted office chair pulled up to a makeshift table made from a milk crate and half of a broken-off door. Teenage boys lined each corner of the complex. Their heads tilted toward their phones until customers walked up: middle-aged black dudes, white men in Under Armour and work boots, and a slew of El Salvadorian guys dressed like construction workers in carpenter jeans and unbuttoned flannels. The game is the same as it has always been: One kid collects the money and sends a signal to another kid who fetches the product, repeat over and over, like clockwork.

“Grandpa! We almost up,” a thin, heavily tattooed woman with small square gold teeth yelled. “We ready to be done, you can come out in like 30 minutes.”

She looked him up and down, laughed, shook her head, squinted her eyes and said, “You ain't ruining my Sunday, pops, so shut ya mouth before I shut it for you.” She gave me and another dude a handshake and walked over to stand next to the kid who was collecting the money.

“They not your workers?” I asked Big Guy A. “This is your strip, right?”

“Nah, they work for her,” he replied. “I can’t sell a thing until the kids say it’s OK. They got the muscle, the weapons, they out here. It's really their block.”

Big Guy A used to be a street legend. He’s a god's height, preteen goofy, wide as an Escalade and stayed covered in gold and diamonds. He never ratted, wasn’t a hater and always made everyone laugh. He’s a real OG, and always gave advice, his grandmother's wisdom and $20 to all of kids who chased the ice cream trucks up and down Broadway. I’m not sure how or why he got in the drug game, but I do know that he ran it like a champ.

“You know I did all that time, bro,” Big Guy A said, removing some bags of weed and gel caps from his pocket and placing them under the crate. “When I came home my team was gone, the block has changed, and I’m just out here tryin to live.”

Big Guy A sat in federal prison for about eight years for drug distribution. He came home, lived in a halfway house and created a plan to stay out of prison, which basically consisted of working two or three jobs until he saved up enough money to buy a dump truck.

“With a dump truck,” he explained, “I could get money in the blizzard, when it’s hot out, all that. The one I want cost like $28-30 thou at the auction. I’m tryin to stack. Still looking for a job, too. I filled out apps everywhere. Ain't no work out here for me.”

My aunt pulled up with some grocery bags. I helped her carry them into the house. She put them away and joined me on the front steps, asking me about work. “Work is cool.” I couldn’t help but watch Big Guy A in action. Well, it wasn’t much action; he mostly lounged in the chair and waited, and every once in a while a straggler would straggle by and make a purchase.

"He is too old," my aunt said about Big Guy A. "Some people never grow up."

I saw him make about four sales over two hours. Every transaction looked painful. Big Guy A was like the before model in a Bengay ad. Dude was slow — too slow to outrun anything­­ — and slanging dope is a young person’s game. You should be sharp, agile, ripped and able to dip, duck, hide and fit into small places. A few people stopped by to crack jokes, and I saw him hesitantly passing money to a woman who only yelled at him, but he mostly sat alone.

“Big fella,” I said, walking in his direction.“It’s crazy out here, be careful.”

He got up to greet me. “All I can do; if you hear anything about a job, bro, holla at me,” he said, giving me a half-hug with a handshake. “Janitor, dog walker, mall rental cop, whatever. I’ll do anything to get from up and around here, you hear me? I’m tryin to work.”

I told him I’d try as I walked back to my car. He thanked me too many times. I turned around to yell "no problem," and the sun fell on his sad eyes and wet smile. “Take care!” I said one more time before pulling off.

I’m an artist, not a reentry expert, and I have little to no experience getting companies to hire ex-offenders, but I do care and want to help. I put in a good word for a few of my friends who had spent some time in jail and some got hired because of my connections. They didn’t get high-paying jobs, but they made enough to leave the streets alone.

We condemn people who are in and out of prison, but regularly fail to address the system that prohibits ex-offenders from successfully reentering society.

The Ban the Box campaign was set up to remove questions about prior criminal activity from job applications­, to give ex-offenders a fair shot at gaining employment with livable wages. To date, 45 cities and seven states — Hawaii, California, Colorado, New Mexico, Minnesota, Massachusetts and Connecticut — have complied. This progress is amazing, but we still need more. Many of those states have online databases where anybody can gain civil or criminal background information on anybody as long as you can spell their name correctly. Under the current system, many people like Big Guy A will never get hired for a legitimate job­­. He’ll end up back in prison on the taxpayer’s dime instead, or else dead in the street that he’s too old to be hustling on anyway.