Women: Watch out for this ominous sign at your dinner date

In the age of #MeToo, what does it mean if he insists on ordering for you? 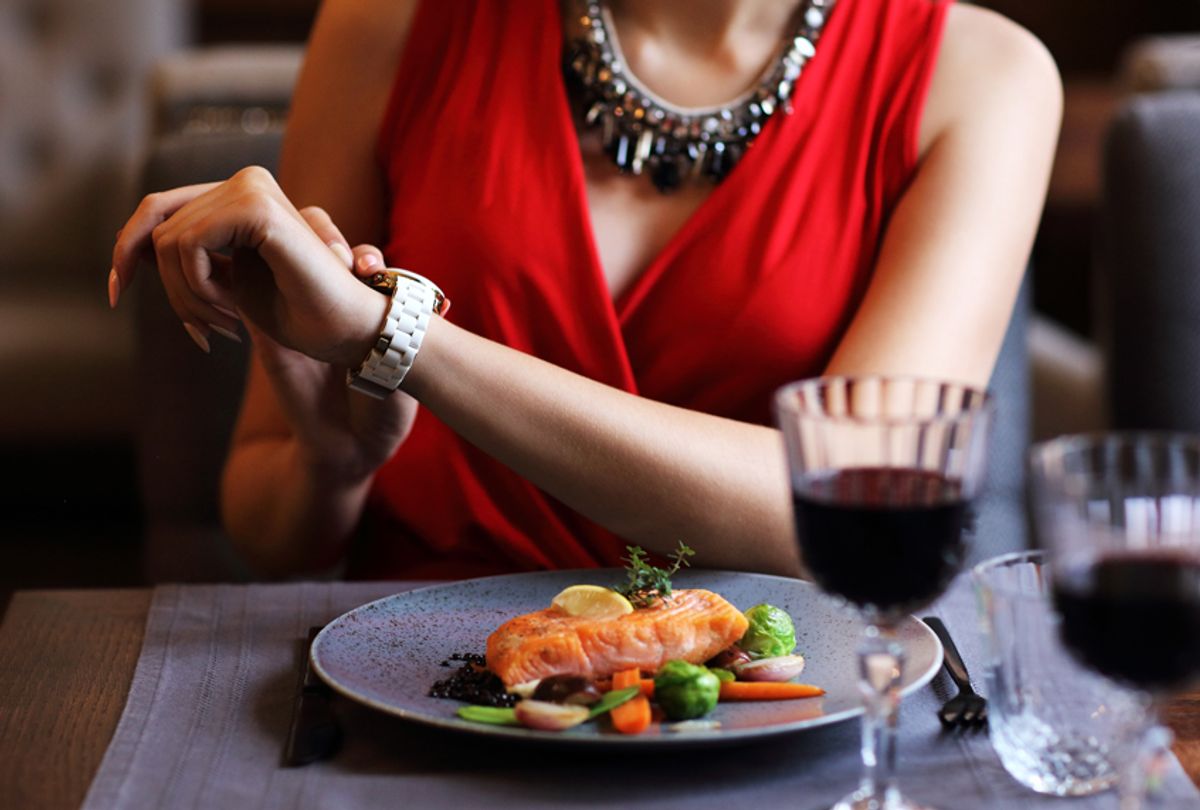 In January, at the tail end of a storm of accusations of sexual misconduct by powerful men in Hollywood, Babe.net published an account by “Grace,” a woman who went on a date with actor and comedian Aziz Ansari and later described it as the "worst date of her life." Many critics of the article derided one detail in the article that must have seemed important enough to the writer to include: "After arriving at his apartment in Manhattan on Monday evening, they exchanged small talk and drank wine. 'It was white,' she said. 'I didn’t get to choose and I prefer red, but it was white wine.'”

To suggest that Grace’s lack of control over the wine they drank foreshadowed Ansari's later abusive behavior indeed seems a bit trivial. But on closer inspection, and amidst #MeToo conversations about how so many men get away with exercising control over women, maybe this detail deserves more serious examination. It can be argued that men who choose what their dates eat and drink without first asking them what they prefer play into a wider gender power imbalance in dating. In the cases of some men, it can even be a sign of more dangerous behavior.

The ability to select what they want to order in a restaurant is a freedom most women take for granted. Historically, women sat silently in restaurants while their male companions ordered for them. As Chowhound writes, “The first female restaurant-goers would not have dreamed of ordering for themselves. Women began dining out for pleasure around the 1840s in the United States... Before this, public eating establishments consisted of taverns, inns, and men’s clubs and did not cater to women. Well-bred women always had a male companion who ordered their dinner."

Men continued to order for women long after the 19th century. In a Quora chatroom from 2015, a woman said it was her boyfriend’s habit to order for her on occasion, and she wondered if it demonstrated “controlling” behavior. One respondent explained that this was normal male behavior until fairly recently: “I am almost 70, and when I [was] first starting dating, it was normal for a well-brought-up young man to order for a woman.”

Some self-proclaimed "old-fashioned" men still insist on ordering for women, especially early on in the courtship. Men may do this out of a sense of chivalry if they’re more familiar with the restaurant than their date and consider themselves the host. "He likes to order for people," Zadie Smith wrote in her profile of Jay-Z for the New York Times' T Magazine after the two dined together. "Apparently I look like the fish-sandwich type." Jay-Z, whose most popular songs include references to misogyny and violence against women, has talked publicly about his struggles with his alpha male identity, including infidelity in his marriage to Beyonce. By no means does Jay-Z's habit of ordering for women mean he is a bad man, nor does it imply that any man who orders for women at restaurants will necessarily exhibit toxic masculine behavior in any other capacity. But all of these actions fall under the umbrella of exhibiting male control.

Women who have been on these kinds of dates share stories amongst themselves, usually alongside the question “should I be bothered by this?” There are also some frightening stories about women whose partners insist on ordering for them at restaurants, or exercise control over their food choices in other ways. Reddit is full of such food-control stories, including one in which a man actually snatched a plate of potato salad out of his girlfriend's hand after restricting her to a carb-free diet, claiming it was for her health. Or another about a man so controlling he “freaks out” when his girlfriend eats candy in front of him. Both women describe their partners as nutrition-obsessed, but their partners' actions have negative impacts on their relationships, as well as the women’s relationships with their own bodies.

In a piece for Refinery29 on the topic of food control, Kathryn Lindsay writes that according to the National Domestic Violence Hotline, some red flags for abuse are "jealousy of your friends and family, isolating you from them, controlling your finances, as well as making demeaning comments, shaming you, or pressuring you into sex. Food control is not necessarily a warning sign of abuse, but it could be a symptom.”

Although man-who-opens-the-door-for-woman gets much more debate among feminists about whether or not he is sexist, man-who-orders-for-woman perhaps deserves more scrutiny. It is 2018, and surely, women should be asserting control over what they eat just as they seek to speak and be heard without being silenced, and have control over their finances and general autonomy over their own bodies. We can draw a direct parallel to reproductive rights. Controlling what a woman eats implies a desire for dominion over her body—the same kind we’re still seeing conservative men proclaim in the abortion debate.

Control over women’s bodies is a theme on the political right; in the past year alone, the Trump administration has insisted on detaining pregnant undocumented women and blocking teenagers from having abortions, while conservative legislators are doing everything they can to make it impossible for poor women to safely abort their pregnancies, even going so far as to deny women who are raped the opportunity to terminate the pregnancy.

Ordering for women at restaurants may seem like a chivalrous gesture. But unless the man has the woman’s consent, it’s just another degrading gesture pulling us back to a time when women did not make such decisions for themselves.

Of course, not every woman has a problem with men who chose their meal for them at restaurants. In a piece titled “Is Ordering For Your Lady Friend Low-Key Sexist?” Helena writes for xojane about the phenomenon: “In the long list of potentially chauvinistic stuff I'm cool with cute guys doing, ordering an entree for me during dinner is one of them. It's weird and old-timey and therefore sort of sexy in the same way that suede elbow patches can act as an aphrodisiac. But chauvinism done sexily can only work if the dude doing it is in on his own joke and is not, in fact, seriously being a female-silencing-insecure limp dick about it.”

It’s clear that even for those women who aren’t seriously bothered by men who do this, it’s hard to deny there’s something creepy and paternalistic about it.