Despite Trump's war of words with James Comey, the real threat to his presidency will unfold in a courtroom 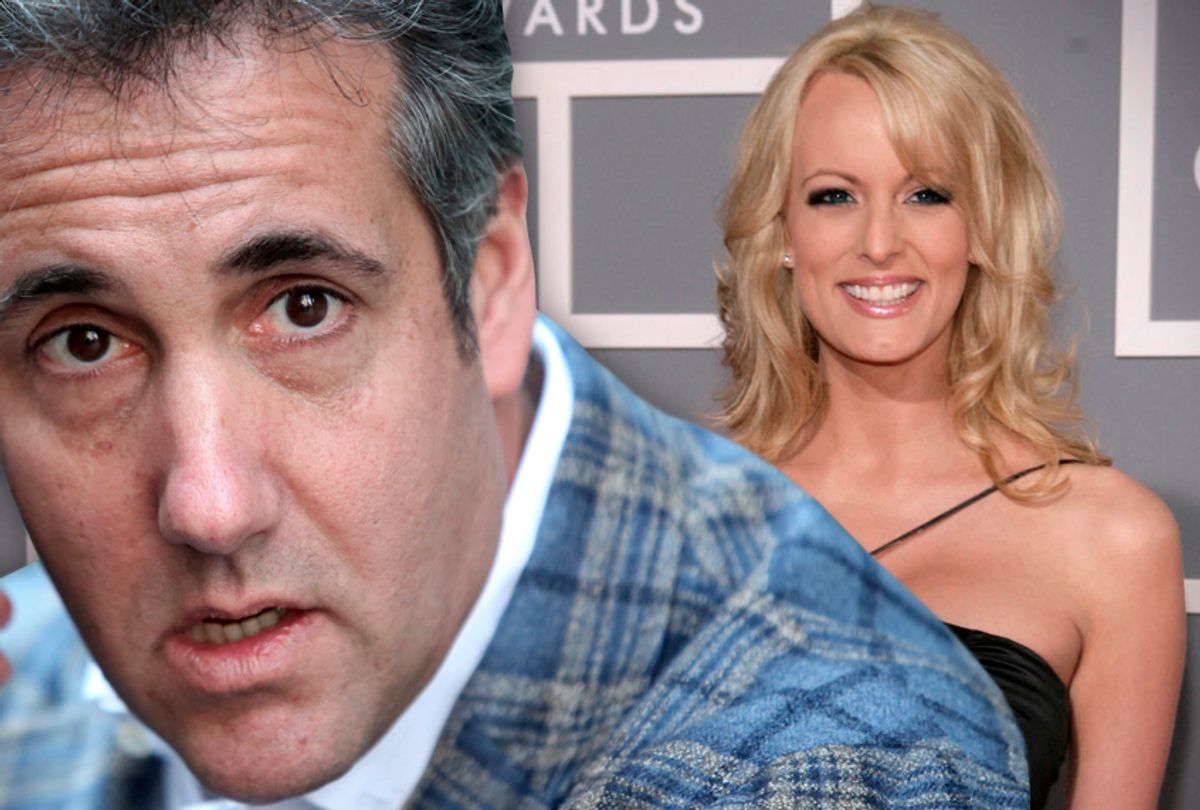 The weekend started off with a bang and ended with a whimper. In concert with U.S. allies, President Trump ordered a missile strike against Syria on Friday night, in retaliation for the apparent chemical attack on civilians in Douma earlier in the week. The precision strike was limited to some weapons facilities, and so far there are no reports of deaths on the ground, which is likely because the U.S. warned Russia and the Syrians in advance. Trump had tweeted to the world that he was planning to launch missile strikes, so it's not as if anyone was surprised. (This is a good thing, although it certainly calls his "Pearl Harbor doctrine" into question.)

By Saturday night, Trump was tweeting out "Mission Accomplished," with no apparent sense of irony whatsoever.

The White House made sure it was widely reported that Trump really wanted to teach Russia a lesson and had pushed hard for a major bombing campaign but was talked out of it by his Pentagon chief. Everyone is now supposed to believe that Trump is chomping at the bit to be tougher on Russia than even Jim "Mad Dog" Mattis, but in the end Trump bowed to the defense secretary's advice because he's always restrained when he needs to be. (If you believe any of that, I've got some Trump steaks to sell you.)

Despite the Syrian strike, with all its Pentagon-provided, video-game footage of fire and fury, the White House couldn't black out the news of the forthcoming book by James Comey or the astonishing story unfolding around Trump's personal lawyer and former Trump Organization executive Michael Cohen. When I say the weekend ended with a whimper, I'm referring to Trump's petulant, puerile Twitter rant on Sunday:

Trump is obviously sincerely agitated about James Comey's book, but his unhinged tweets are also part of a coordinated response by the Republican Party and are therefore to be expected. What's more interesting is the fact that he tweeted about the FBI raid on Cohen's office, commenting for only the second time since his overwrought TV appearance with the joint chiefs on the day it happened. He was obviously watching his unofficial adviser Alan Dershowitz opine on television when he tweeted this:

I'm going to go out on a limb and guess that only the lawyers who have engaged in criminal conspiracies with him are nervous.

While Trump was ordering airstrikes on Syria last Friday, it's fair to assume he had one eye on the TV. There were reports from the federal courtroom where Cohen's lawyers were protesting the searches, and to everyone's surprise, Trump had his own lawyers in the courtroom arguing -- you guessed it! -- that the warrants served on Cohen by federal prosecutors violated attorney-client privilege. Judge Kimba Wood was reportedly miffed that Cohen was not available in the courtroom to answer questions that his lawyers couldn't.

Where was Cohen, anyway? Well, he was hanging around with his pals on the street, smoking cigars. I'm not kidding. This brilliant satire about Cohen's day by Josh Marshall of Talking Points Memo says it all:

At any rate, Judge Wood has ordered Cohen to appear in court Monday.

In one of the three hearings held on Friday, prosecutors revealed that they've been investigating Cohen for months. Their filing added that the searches were meant to “seek evidence of crimes, many of which have nothing to do with his work as an attorney, but rather relate to Cohen’s own business dealings.” Those business dealings include suspected money laundering, bank fraud, wire fraud and nefarious criminal partnerships in the New York taxi industry. How all this fits into Trump's business in the U.S. and overseas or with the Russia probe, if it does at all, remains to be seen. We do know that Cohen was in the middle of all of it.

What is becoming clearer every day is that Cohen seems to have made a lot of money, and I do mean a lot, in schemes arranging payoffs to women to keep them quiet. It appears to be a kind of side service he has provides to other clients, not just his patron, the president. It was also reported this week that Cohen had arranged for another woman who had an affair with a high-ranking Republican official to be paid more than a million dollars in hush money. The man, a wealthy Trump donor and confidant named Elliott Broidy, paid Cohen another quarter of a million on top of that. (Broidy is also entangled in the Russia probe, having participated in that mysterious meeting in the Seychelles, just before Trump's inauguration.)

Furthermore, the woman involved in the Broidy case was represented by Keith Davidson, the same lawyer who represented Stormy Daniels and Karen McDougal, two women who allegedly had affairs with Trump and were paid to keep their mouths shut about it. There is some kind of remarkable racket going on here. On Sunday, The Wall Street Journal reported that Cohen also managed to shut down a story in US Magazine in 2013 about Donald Trump Jr.'s rumored affair with singer Aubrey O'Day, who had appeared with Don Jr. on "The Apprentice." It's all in the family.

If there's one person in America who prepared the ground for this scandal, that would be Stormy Daniels' attorney, Michael Avenatti. He is as smart and clever as Michael Cohen is -- or rather, as Cohen evidently isn't. Avenatti's TV appearances and legal strategy in Daniels' civil case have been perfectly calibrated for the Trump era of reality TV and gangster series. He tweets, he talks and he doles out information for maximum impact. He was in court on Friday and stood outside giving interviews while Cohen was being filmed hanging with his goombahs on the sidewalk. Trump evidently realizes that taking Avenatti's bait would do him no good, but you can bet it's driving him crazy.

Monday's hearing promises to be quite a circus. Trump's lawyers are demanding to see everything the feds seized before prosecutors can review it, to determine if any of the material violates attorney-client privilege. Cohen will be there, presumably in a more subdued, lawyerly suit than he wore on Friday.

Oh, and did I mention that Avenatti is bringing Stormy Daniels to court today?  The only one missing will be Donald Trump himself, but you can be sure that he'll be glued to the screen watching every move, even if he has to put Jim Comey on the DVR. This case goes straight to the heart of the Trump con -- and maybe even his marriage.