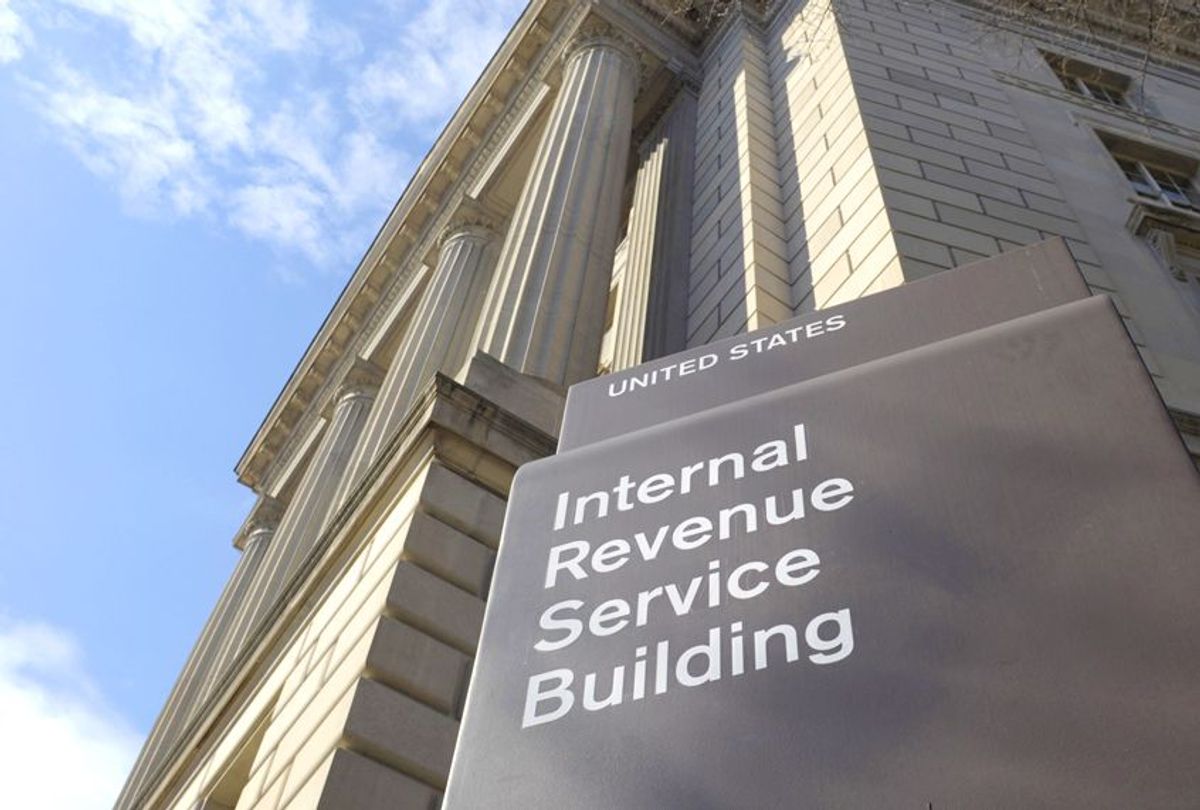 Conservatives have been seething since 2013 over what they say was an unfair effort by the IRS to scrutinize right-leaning organizations more closely than other groups seeking nonprofit status.

As a report from the Treasury Department’s inspector general for tax administration released in 2017 shows, the IRS did flag some conservative groups. But it also paid the same kind of extra attention to liberal organizations with words like “occupy” and “progressive” in their names between 2004 and 2013.

Those findings should have settled the question. While there was extra scrutiny, there was no liberal bias among the federal employees who determine whether new organizations that want to operate as nonprofits are legitimate — and therefore eligible for the tax-exempt status that goes with that designation. Rather than moving on, the Trump administration moved to make amends with the conservatives who believed they were wronged by partisan bureaucrats.

As a former IRS lawyer who now researches nonprofit regulation, I was relieved to see the claim that the government exclusively targeted conservative organizations officially debunked. I believe this report ought to have ushered in a serious discussion about a real problem: The IRS is too cash-strapped to conduct oversight of nonprofits of all kinds. And the tax agency remains severely underfunded, even after some modest budget boosts to implement the new 2017 tax law.

This so-called “scandal” over what conservatives saw as the persecution of right-leaning nonprofits erupted at a meeting of Washington tax lawyers in May of 2013.

Someone asked Lois Lerner, then the director of the IRS Exempt Organization Division, to address concerns over how it had treated conservative social welfare organizations — nonprofits that may do unlimited lobbying.

She then apologized to tea party supporters for inappropriately using names to screen their applications and said her colleagues “didn’t use good judgment.” Since I was there, I was stunned to see how The Wall Street Journal covered this exchange because it struck me as very misleading.

The paper indicated that Lerner had admitted to “targeting” the tea party movement, which she didn’t do. It quoted her saying there was no partisan rationale, but most of the article was about conservative complaints regarding political bias.

As is clear by now, the government never exclusively gave conservative groups with “tea party” or “patriot” in their names more trouble than many others in a similar situation. Yet politicians and even late-night comedians like Jon Stewart bought and spread this false narrative.

Lerner made things worse by seeming to hide something when she took the Fifth when lawmakers tried to grill her. I think she did this because her attorneys believed testifying might put her at some risk of prosecution for perjury, not for “targeting” the tea party.

More investigations by congressional committees, the inspector general for tax administration and the FBI ensued, along with lawsuits against the IRS and its employees.

In fact, however, rather than proving that the IRS had picked on conservative groups, these inquiries detected managerial shortcomings. Nevertheless, Republicans proposed new laws to curb nonprofit regulation.

Congressional conservatives also tried and failed to impeach former IRS Commissioner John Koskinen, who had nothing to do with vetting nonprofit applications. Koskinen, who I believe did not need the job, did yeoman’s work trying to make the agency function better without adequate funding. In my view, he didn’t deserve to be treated with such scorn.

Unfortunately, the Justice Department entered into an ill-advised multimillion-dollar settlement and consent order with these conservative organizations in late 2017 to ostensibly right a wrong that was unclear at best. And in early April, a US$3.5 million settlement cleared a legal hurdle.

Yet as the 2017 report documents and plenty of earlier information indicated, the IRS paid extra attention to aspiring nonprofits that spanned the national political spectrum by zeroing in on “green energy” and “border patrol” groups alike — not just rightward-leaning ones.

Nonetheless, I believe the inspector general was onto something in 2013, when it issued a report that criticized how Lerner’s team handled this paperwork. The IRS was taking an average of 574 days to process applications from tea party groups and sometimes asking intrusive questions unrelated to the question of tax exemption.

The agency’s staffing shortage doesn’t excuse regularly leaving aspiring nonprofits in limbo for more than a year. Since new charities, social welfare organizations and other nonprofits depend on a nod from the IRS to gain traction, the tax agency needed to find a way to respond faster despite budget constraints.

Even so, as the report shows, groups with terms like “occupy” or “progressive” in their names, in some cases, waited three years or longer for the IRS to process their applications for nonprofit status. This slow-walking wasn’t partisan.

Regardless of the wait, most groups eventually gained nonprofit status.

This latest document still doesn’t clarify whether the IRS applied the appropriate scrutiny — and there’s no legal definition of what that might be. Nor does it say how many conservative and liberal organizations have sought tax-exempt status or whether the percentage of groups the IRS denied was consistent across ideological lines.

I believe these long waits have more to do with budget cuts than bias. The Government Accountability Office, a nonpartisan congressional agency, recognized in 2014 that the tax agency’s budget and staff were too small to handle its nonprofit oversight responsibilities.

The situation has only deteriorated since then.

Congress recently did bump up IRS funding from $11.2 billion to $11.4 billion and provided $320 million for the agency to implement the highly complex new tax law. But the total still falls short of what the IRS needs.

Even with that new money, the agency will still employ fewer people than it did in 2010. The number of its employees dedicated to auditing and vetting the nonprofit sector fell about 5 percent from 2010 to 2013, the GAO found.

This long-term trend, which began two decades ago, has eroded oversight.

The number of aspiring nonprofits gaining tax-exempt status rose over the past decade as rejections fell. The number of denials plummeted from 1,607 in 2007 to merely 37 in 2016.

The IRS had in recent years reduced its nonprofit approval backlog with its new 1023-EZ form, which lets new charities spending less than $50,000 a year automatically get tax-exempt status. However, anecdotally and sadly, I’m hearing that the processing time for even this simple form is increasing.

Furthermore, this fix has opened a new avenue for fraud and abuse. The taxpayer advocate found that 34 percent of the groups granted tax-exempt status this way in 2015 and 26 percent of those green-lighted in 2016 weren’t eligible.

As the IRS tries to recover the credibility it lost in a fabricated scandal, automatically approving all these applications may create more serious problems.

Editor’s note: This article is an updated version of an article The Conversation published on Oct. 22, 2017.