A new frontier for #MeToo: Moving past the "classic" version of harassment driven by male lust

Not all harassers are acting out sexual desire for their victims. Sometimes sex is just a bully's favorite weapon 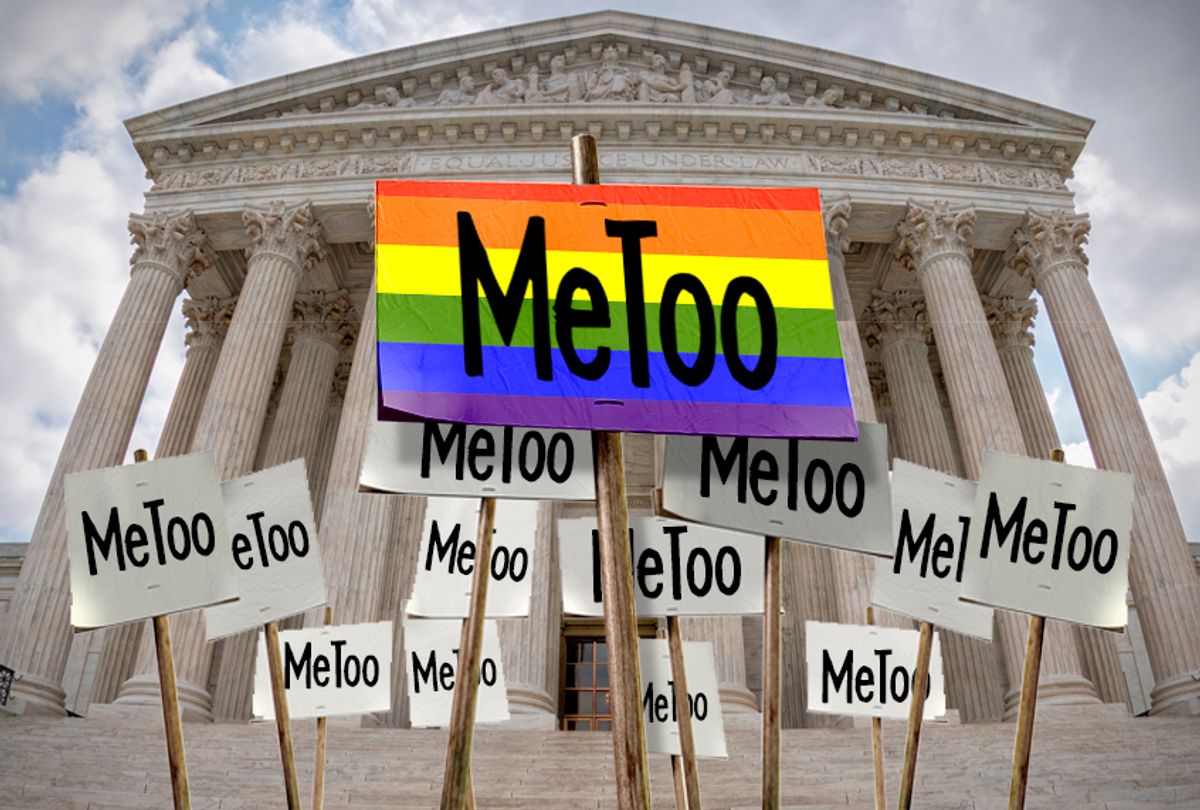 We are now many months into the #MeToo movement. It remains to be seen whether the movement will lead to the kind of institutional change that works in the long term to prevent sexual harassment. But there can be no doubt that the public at large is now far more aware of how common sexual harassment is and how easy it has been for abusive men to get away with this behavior. But while that's a positive change, it's also becoming clear that there are still some widespread misconceptions about what sexual harassment is and what motivates harassers — and these misconceptions are preventing some victims from getting justice.

A prime example comes from the Texas Supreme Court, which ruled against a sexual harassment complaint in early April on the grounds that the pervasive harassment the victim experienced didn't count because the harasser didn't actually want to have sex with the victim. It's a reminder that far too many people still think of "sexual harassment" as a form of aggressive flirting, instead of as what it actually is, which is harassment that uses sex as a weapon.

The details of the case should have made this lawsuit a slam dunk for the victim. Catherine Clark was an athletic coach in a San Antonio school district, who alleges she was targeted by another coach, Ann Monterrubio, with endless amounts of sexualized bullying. As Lisa Needham at Rewire explains, Clark has said that "Monterrubio repeatedly commented on the size of Clark’s breasts and made vulgar comments about Clark’s genitalia" and "Monterrubio also informed Clark that she would think of Clark when she was having sex and speculated about Clark’s sexual habits." Monterrubio and another coach, Michelle Boyer, also allegedly groped Clark during a photo shoot.

But the Texas court ruled against Clark, arguing that there's no evidence "Clark was subjected to discrimination because she is a woman," mostly because the harassers themselves were women. Moreover, "Clark has never alleged — in her written complaints, EEOC charge, or lawsuit — that either Monterrubio or Boyer are homosexual" and "Clark has never claimed she was sexually propositioned."

"This is a gross misunderstanding of sexual orientation," Christina Cauterucci at Slate wrote in response. "A woman need not be a lesbian or bisexual to harbor some sexual desire toward another woman, just as a man need not be attracted to a specific woman, or women in general, to sexually harass her."

Justice Jeff Boyd wrote a similar dissent, pointing out that if the pattern of behavior — including near-daily commentary on Clark's breasts and wondering out loud whether Clark "swallows" — would obviously be sexual harassment if the accused had been named Andy rather than Ann.

It's possible that these conservative Texas judges were casting around for a way to throw out this case and make it harder for others to sue for sexual harassment, and glommed onto whatever flimsy reason they could. But the honest truth is that even the way feminists talk about and cover sexual harassment has led to confusion about what it is, so much so that an attorney could successfully argue that it's not sexual harassment to constantly grope and harangue someone about sex, as long as you can somewhat plausibly claim you don't really want to sleep with her.

Most of the stories that have come out during the #MeToo era have adhered to this pattern of what constitutes sexual harassment: A powerful man feels sexual desire for an underling and uses his power to extract sexual favors or attention from her without her reciprocal desire or consent. That's the pattern into which accusations against Harvey Weinstein, Matt Lauer, Charlie Rose, Garrison Keillor, Russell Simmons and most other high-profile cases have fit.

For instance, the alleged behavior of former Sen. Al Franken never struck me as the actions of someone seeking sexual gratification. On the contrary, goosing women who are posing with you for a photograph — the same thing that Taylor Swift experienced at the hands of David Mueller — seems to be more about the cheap thrill of humiliating someone than a genuine effort to persuade a potential sexual partner. A similar dynamic holds in the case of Kathryn Rossetter, who accused Dustin Hoffman of pulling off her clothes in front of male crew members, which again seems to have been about humiliation more than sexual desire. WNYC's John Hockenberry was also accused during #MeToo, and while some women complained he was sexually creepy, some of the more serious accusations seemed to have nothing to do with sex per se but were about abusing and sabotaging the careers of women of color.

In the months since the exposure of Harvey Weinstein launched the #MeToo movement, I've had a number of women reach out to me on social media about concerns that the sexist harassment they've experienced was getting overlooked because it wasn't about men making untoward advances. Specifically, they have described experiences of being abused for failing to sexually entice their harasser, who often felt they were too fat, too old or otherwise sexually unacceptable and used sexualized harassment as a way to punish them for it.

This resonated with me, and I suspect most women, because it's true: A lot of sexual harassment isn't about how sexy a man thinks you are, but how sexy he claims you are not. Personally speaking, I've had men grope me and leer at me, but I've also had men harass me with taunts about how ugly I supposedly am. Like many women, I've even had the dizzying experience of having a man hit on you who, when rejected, switches to verbal harassment, saying you're fat and ugly and don't deserve his attention to begin with.

Rather than pit these different experiences against one another, it's critical to understand sexual harassment as a form of bullying that uses sex against the victim. Whether the harasser is sexually attracted to the victim or not, the purpose of the harassment is to dominate the victim, to make them feel small and out of control. As this Texas case shows, while most harassment involves men being sexist and domineering towards women, there are plenty of cases when men harass men or women harass women. Understanding this can help create an inclusive movement that gets justice for victims of all stripes.