It's still Paul Ryan's party, not Donald Trump's: The speaker has controlled the agenda

Conventional wisdom holds that Trump has reshaped the GOP, but it's more true that he has remade himself to fit it 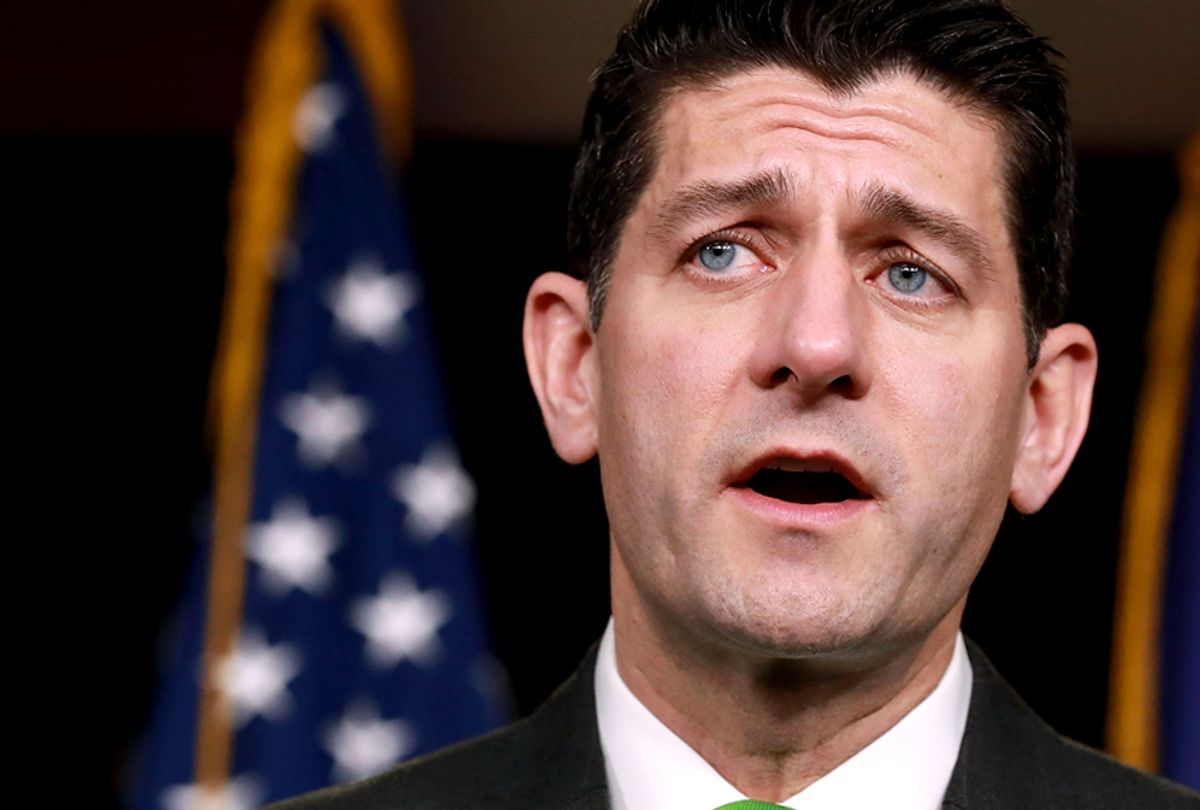 Ever since Donald Trump came onto the scene as a serious candidate for president, his political opponents have continually written him off based on his crass style and propensity to say controversial things. During the 2016 Republican presidential primary contest, his rivals were repeatedly certain that they’d seen the last of him. In the general election, Hillary Clinton didn’t even bother showing up in Wisconsin after she became the Democratic nominee.

Each time, Trump’s enemies came up short because they failed to realize that the key to Trump’s appeal wasn’t the individual things he said and did. It was the way his entire persona tapped into the populist sentiments that have been simmering hotly below the surface of an economy that has been significantly transformed by the internet and free trade and made much more unequal by radical deregulation of the financial industries.

Some of Trump’s presentation was deliberate, such as his repeated invocations of “the forgotten men and women of our country” who were looked down on by elites. Unlike other post-Reagan Republicans, he also focused his rhetorical praise on people who worked with their hands, instead of on business leaders.

In terms of policy, however, Trump primarily said whatever people wanted to hear. While speaking several times in favor of state-backed health care systems like Canada’s, Trump also repeatedly talked about how “terrible” the Affordable Care Act was for increasing government involvement in medicine. He repeatedly contradicted himself on taxes, talking about both cutting them and increasing them. The brash billionaire also made inconsistent pronouncements on foreign policy, speaking continually about how America was stretched too thin abroad but was also “weak” for not exerting power over countries like Iran.

There was at least one policy area where Trump was rhetorically consistent, however: He opposed long-standing Republican plans to privatize Social Security and Medicare or to reduce the benefits provided to recipients. His consistency as a candidate was born from a position he made clear back in 2013.

As president, Trump has kept that promise, despite the efforts of conservatives to get him to change. Last April, White House Budget Director Mick Mulvaney recounted in a CNBC interview how he had tried to get Trump to cut Social Security in a 2017 budget proposal, only to be overruled.

“I told people I wouldn’t change that when I ran and I’m not going to change that. Take that off the list,” Mulvaney quoted Trump as saying.

“On that dimension, Donald Trump waged an honest campaign,” said William Galston, a senior fellow at the Brookings Institution. “He just acknowledged that ordinary folks have no interest in cutting some of the few sources of security that they have.”

Aside from Social Security and Medicare, however, Trump has essentially allowed his Republican allies to run his policy agenda, which has largely hewed to a policy framework that outgoing House Speaker Paul Ryan put together in 2016 under the title “A Better Way.”

Though largely forgotten during the daily tumult of Trump, Ryan’s strategy document outlined the exact legislative agenda that the GOP sought to enact during Trump’s first year in office: Slashing Medicaid, cutting taxes on the wealthy and on businesses and using budget reconciliation to force Democrats to repeal the Affordable Care Act.

“It was as though Trump did not understand the logic of his own election,” Galston said, in an interview with Salon about his new book “Anti-Pluralism: The Populist Threat to Liberal Democracy.”

“If you see Trump as trying to address the interests of people who have been left behind and have been voiceless about the global economy, it didn’t require a lot of deep analysis [to see] that Obamacare put millions and millions of those people on the health insurance rolls for the first time ever,” Galston continued. “Trump wanted to join congressional Republicans in taking it away from them. He was proposing to screw the people who voted for him.”

It is not clear what sort of policy agenda Trump will pursue throughout 2018 and beyond. But almost the entirety of his first-year agenda was determined by Paul Ryan. With no budget blueprint in hand to give structure to a president who would rather spend all day watching television, it's no wonder the speaker decided to walk away from politics.

Given how little Trump talks about policy and how unfamiliar he is with the bills he putatively supports -- most famously, he called House Republicans’ Obamacare replacement bill “mean,” right after commending them for passing it -- his transformation into a more conventional Republican probably wasn't thought out in advance. But other members of his party have been explicit in their thinking that the GOP can return to its old ways. In a speech delivered last week to students at Georgetown University, Reince Priebus, Trump’s first chief of staff and a former chairman of the Republican National Committee, said that he believed the Trump presidency would not alter the GOP’s historical trajectory.

“I think post-Trump, the party returns to its traditional role and its traditional platform. It’s a Trump brand and he owns it and he has a way of protecting it,” Priebus said, according to the Georgetown student newspaper, The Hoya.

It remains to be seen how long Trump will allow himself to be dominated by the constellation of right-wing pressure groups and their Freedom Caucus allies in Congress. If he continues on his current path, however, Priebus’ prediction will prove true even before Trump’s presidency comes to an end (however and whenever that happens).

If Republicans suffer extensive losses in this fall’s elections, as is widely expected, conventional wisdom on the right will eventually coalesce around the notion that the reason it happened was because Trump did not adhere closely enough to traditional right-wing dogma. Instead of pivoting to the center, as Bill Clinton famously did after the Democrats’ 1994 midterm catastrophe, Trump is likely to cling even tighter to the Republican right.