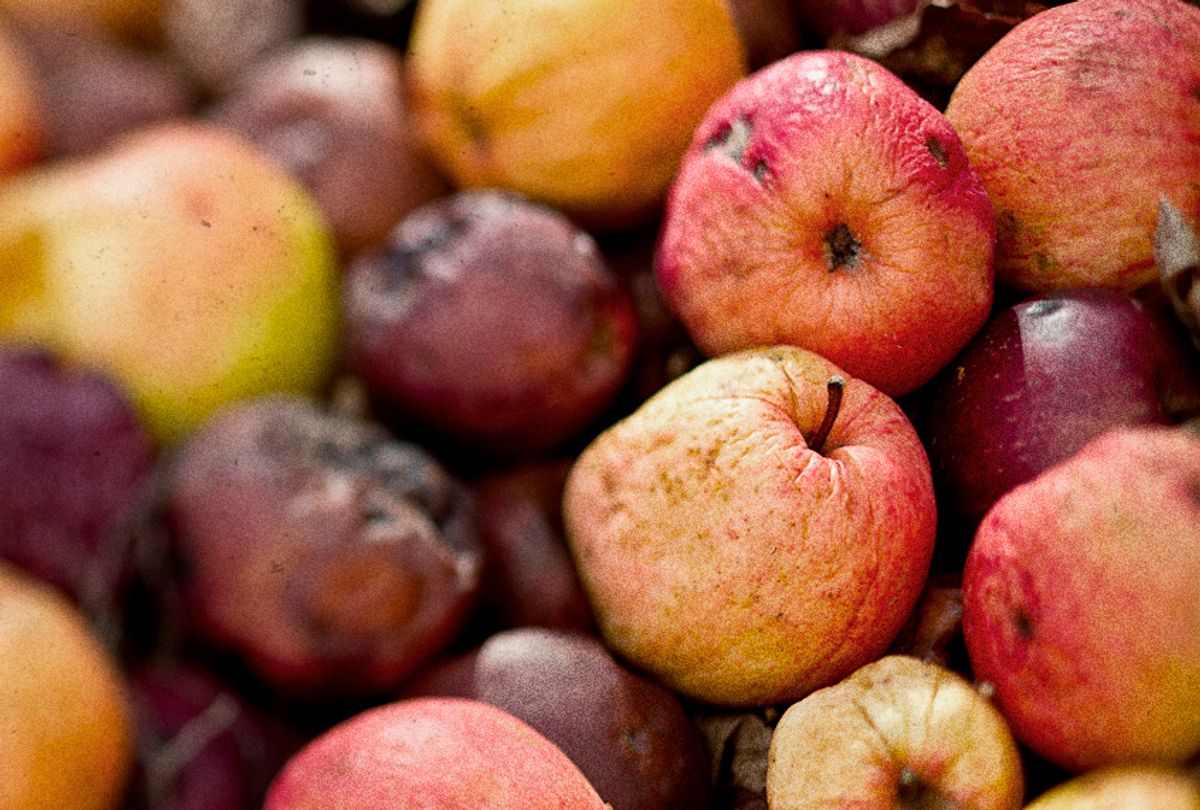 The words "farm bill" are unsexy on the best of days. That's especially true in an era when every time you turn on the news there's another political scandal involving Russians, sex workers or both. But the farm bill that Republicans passed out of the House Agriculture Committee on Wednesday, with no Democratic votes, is yet another sign that the GOP's moral corruption extends far beyond Donald Trump. To many observers, the bill trades the health of Americans and the safety of their food for the interests of wealthy corporate donors and lobbyists.

The provision that's getting the most media attention so far is the work requirements being added to the Supplemental Nutrition Assistance Program (SNAP) -- otherwise known as food stamps -- which are expected to cut one million people off of this important source of food over the next 10 years. But that's just one part of the bill's assault on the health of Americans, and not just poor people who need food assistance. Everyone who eats food, drinks water, or ventures outside their house, activists say, should be worried about this bill.

To be clear, the undermining of food assistance is, in itself, a major threat to health, especially for children.

“As a family physician, there’s nothing more important than food," Dr. Jenny Abrams, a Washington-based doctor and fellow with Physicians for Reproductive Health, told Salon. "No pill or drug that we have is going to override the effects of hunger and malnutrition."

While children are exempt from the work requirements — even Republicans haven't descended to that Dickensian level just yet — the fact of the matter is that most children live in families, and cutting their parents or guardians adults off means in practice that children will go hungry. To make matters worse, the bill also modifies a program providing food to low-income kids in school, replacing the requirement that fresh fruit and vegetables be provided with one that allows for canned, dried or frozen food instead.

“When I’m talking to kids about what they’re eating, often the only fresh foods and vegetables they get are at school," Abrams said, noting that parents often can't afford such foods themselves. "Taking away those fresh fruits and vegetables at school and substituting them with canned or dried foods is taking away those rich vitamins and minerals we all need on a daily basis, and especially kids when they’re growing and developing.”

What's has gotten less attention so far, but presents a major threat to the health of all Americans, is how the farm bill would drastically loosens current restrictions on the use of dangerous pesticides. That opens the door to an increase in toxic chemicals in food, water and the general environment.

“I’m not sure there’s anything the pesticide industry had on their wish list that didn’t make it into this Republican farm bill," said Colin O'Neil, the legislative director of the Environmental Working Group.

“The environmental and human health effects of pesticide exposure and pesticide use are extremely well-established," O'Neil continued, noting that those include "increased cancer risk, damage to children’s brains and the nervous system of children and growing fetuses, lower sperm counts and fertility issues, as well as acute effects like nausea, diarrhea and vomiting," particularly for farm workers and those who apply the pesticides.

The Natural Resources Defense Council (NRDC) has discovered at least six separate provisions in the farm bill meant to make it easier to use dangerous pesticides, even in cases where the neurological development of children could be under threat. The proposed legislation would lift restrictions on pesticides in drinking water and expedite the pesticide approval process, making it harder to ensure worker and community safety, for instance.

Erik Olson, director of the health program at NRDC explained that the bill loosens restrictions on the pesticide methyl bromide, which is so toxic that more than 1,000 injuries and deaths have been caused by its use. It would also ease limits on organophosphates, a class of chemicals derived from nerve gases used by the German army in World War II which are "extremely toxic to human nervous systems," particularly to the developing systems of fetuses and small children.

As is customary, the Republican bill also includes some dense legalese meant to create massive bureaucratic hurdles to any attempt to rein in the use of dangerous pesticides. For instance, before the Environmental Protection Agency is allowed to propose any new regulations on pesticide use, it would be required to contact regulatory agencies in all 50 states in advance, allowing those states to lobby the EPA in secret to shape the rules. Olson noted that many of these state agencies are in the pocket of the pesticide industry, so this rule would not only slow down EPA regulation but would effectively offer industry a chance to influence any changes well before any public comment.

The bill would also bar local governments from passing policies and laws that regulate pesticides more stringently than the federal government does.

"This is really a page out of the ALEC playbook," O'Neil added, referring to the American Legislative Exchange Council, a Koch brothers-funded organization that lobbies for environmental deregulation, among other things. The provision, he added, would keep cities and states from "restricting pesticides from being sprayed around hospitals and schools.”

The farm bill also "creates a huge carve-out for pesticides from the Endangered Species Act," said Rebecca Riley, an attorney for the NRDC. It would allow the EPA to sign off on the use of pesticides without researching the impact on endangered species.

"Species like the bald eagle and the black-footed ferret were driven to near-extinction by pesticides," Riley noted, adding that the Endangered Species Act protects farm communities' health as well, because the restrictions on pesticides that harm animals also prevent humans from exposure to their effects.

There is some good news: Like so many other bills written by House Republicans these days, this proposed law is incredibly unpopular and will be met with fierce resistance, particularly from Democrats. If the opposition in the House holds firm, there's a chance that Republicans will be unable to pass the bill, as members of the far-right Freedom Caucus are already floating the idea that they may withhold their support in search of God-only-knows-what concessions from GOP leadership. will,

But the critical issue right now, activists say, is public attention. Republicans want to slip this all-out assault on the public health under the radar while everyone is distracted by the Trump Show. Outcry from actual citizens could go a long way toward stopping them.