The second season of HBO's robot series gives the TV audience what it wants: action, power struggles and spectacle 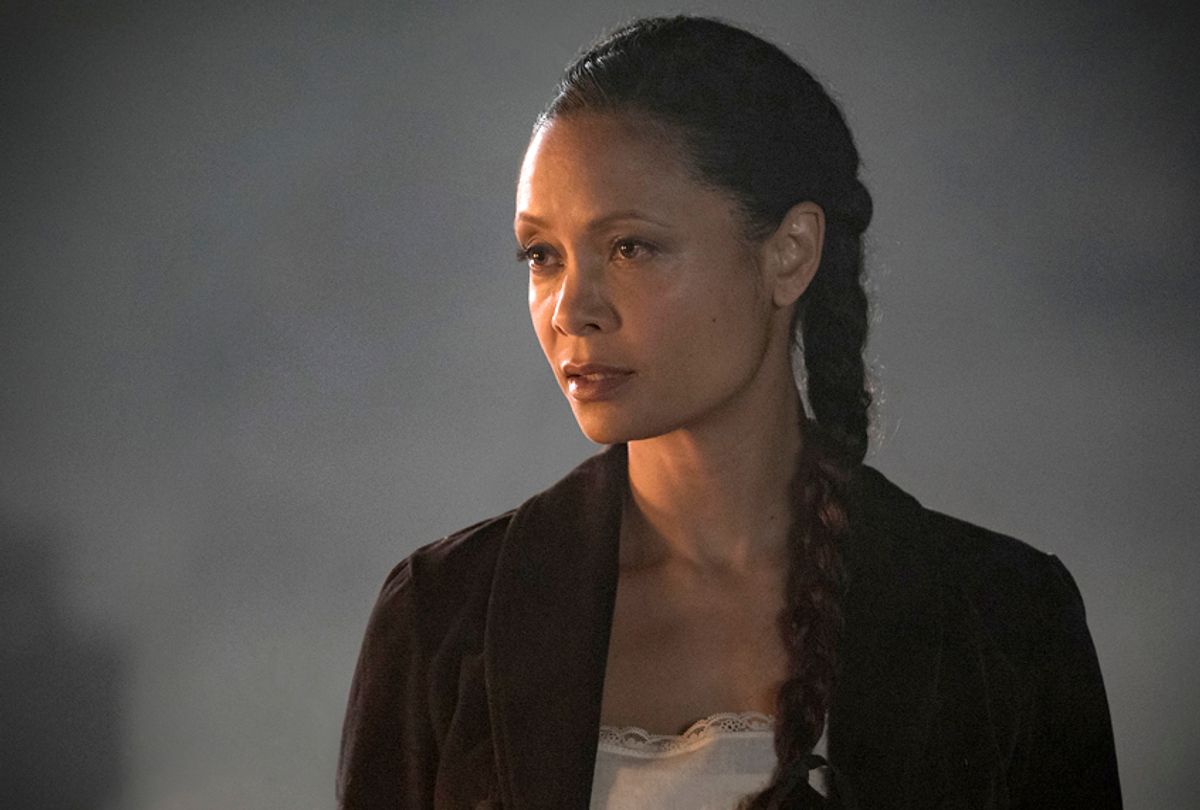 “Westworld,” the series and the theme park from which it derives it title, displays a consciousness of drive. Human drive, specifically. The second season comes to us in full awareness of why the vacation destinations of the world thrive on repeat business: People crave the comfort of familiarity.

Adventure and wonder hook the first-timers, but loyal customers return because they've already sampled pleasures and mapped the landscape of a chosen place. There's a whole wide world out there, more than an individual can see in one lifetime. But who really wants to work at vacationing?

This notion serves us well as we dive into season 2 of “Westworld” because we know what sort of narrative chicanery to expect. Time, place, perspective and reality cannot be taken at face value. Memory might as well be sand on a beach — shifting, unmanageable, easily washed away. Identity, too, may be a manufactured construct.

The first season laid bare all of those deceits, occasionally in legitimately shocking ways, as it galloped toward an inevitable robot uprising.

This new season of “Westworld,” debuting Sunday at 9 p.m. on HBO, promises another serving of violent delights while exhibiting an increased sense of awareness on the part of series creators Jonathan Nolan and Lisa Joy and its writers. Hated the way the show exploited the abuse of the park’s artificial women as a storytelling catalyst at the beginning of season 1? Joy, Nolan and their fellow producers craft their reply by making the second season's opening episodes feel like one long, bruising shout-out to "Time's Up" via Dolores Abernathy (Evan Rachel Wood) and Maeve Millay (Thandie Newton).

Out in the park's synthetic plains and meadows Dolores, the sweet rancher’s daughter who paints landscapes and marvels at the splendor of creation, snarls as she hunts the humans responsible for her torment. Inside the park's nerve center, Maeve struts the halls like the boss she was made to be, stepping over bodies and dodging bullets along the way.

The days of the hosts’ obligation to cater to the comfort and whims of the park’s natural-born visitors are over.

But this revolution does not deliver freedom in equal portion. Bernard (Jeffrey Wright), on top of reeling from the cruel joke of discovering who and what he truly is, is glitching, slipping between memory and time, much in the way Dolores does through the first season — before she wakes up from her dream.

“Westworld” is exploding into chaos, and its servants are wreaking their vengeance. Beyond that bloody exhibition, however, are other worlds to discover. New dangers. But they still cater to the same fantasies of dominance that the Western-themed park peddles, with an additional dash of colonialist exoticism. The viewer gets a glimpse at two of these spaces, although a lengthier sojourn into Shogun World (a place hinted at in the season 1 finale) immediately broadens the larger story's scope.

If nothing else, the feudal Japanese setting provides new eye-candy for the viewers and a chance for producers to channel the style and artistry of Akira Kurosawa. Fortunately the result is a reasonable homage, as one expects from a series about realistic simulations.

I can’t say that all bets are off now that the robots have seized control and gained some semblance of consciousness, some at higher levels than others. But there's a fresh uncertainty about where the plot is headed. Combining that with the outstanding performances of its main players, particularly Newton and Wood, makes this new season simpler but more watchable than the first.

At its start “Westworld” gazes at humanity’s propensity for casual cruelty with regard to artificial intelligence, evolving midway through its first 10 episodes into an existential examination of conscience and consciousness. The journey could be messy and aggravating, and at times it became so caught up in its own contrivances and misdirects that a viewer couldn’t help but notice the trickery at work.

The writers also dipped into the character-reset well a few too many times, nearly pushing a few subplots into a rut of redundancy. That's the peril of placing the audience’s perspective with the hosts as opposed to the humans they meet in the park. We may feel empathy for their falsified humanity for a time, only to be yanked back to the start screen each time one is killed off.

But now, assuming the audience expects a sizable dose of duplicity, this second season downplays the narrative gimmickry and retrains the show's focus on giving the audience what it wants. Now "Westworld" is an action-adventure sequel to the more contemplative and occasionally haunting first round, adrenalizing the fear and edge Michael Crichton’s original 1973 film sought to produce in its observer.

In doing so, the viewer’s concept of protagonist and antagonist disappears. Dolores has shed her gentle nature, replacing it with the conviction of her kind’s supremacy. Maybe that's understandable, given what she's endured. Perhaps not. Knowing that Bernard was complicit in creating a prison for his own kind, is there a reason to have compassion for his in-between status and broken state? Questions, questions.

Other elements are clearer. The Man-in-Black (Ed Harris) is a nihilist with no regrets; in the past William, what the Man-in-Black used to be (Jimmi Simpson), begins shifting his moral compass toward the man we know he will become. Luke Sizemore (Simon Quarterman) is still such a pompous prick that Maeve can’t resist cutting him down to size.

And one of this season's smarter strategies involves teaming Newton, playing a queen in love with the new crown she’s acquired, with Quarterman, the show’s version of an entitled male perpetually angling to get ahead. Wood and her dynamic with James Marsden’s perpetual White Hat Teddy works as well as it did last season, but if the word of the day is evolution it is Newton who defines season 2, in her full and fabulous brilliance.

So if you scoffed at the meandering progression of season 1’s first half, you’re bound to appreciate the firmed-up drive and sense of purpose in “Westworld” 2.0, in the way gamers clamor for expansion packs, and technophiles adore upgrades.

The danger is real for the humans, and a select number of hosts gain powers that make them more than human. Dolores foretold that a new god will walk on the bones of humankind at the close of season 1, and at least one of her number seems to be manifesting a mechanical version of divine powers. Why, it’s almost like something we’ve seen in any number of movies or played through in countless video games.

To which the writers answer, Of course. They intentionally cop to leaning on well-trodden tropes; in an upcoming episode a character even admits as much, defending himself when he’s caught in an act of self-plagiarism by complaining about how difficult it is to maintain any originality when dealing with tales that have so many moving parts. The tension in these new episodes is derived from the humans realizing that the hosts are off their loops; the pathos comes from the recognition that some of those same humans may be caught in loops of their own.

Humor in "Westworld," such as it is, springs from the recognition that the tale itself a predictable construct; that's why it works. By streamlining its mission parameters, these new episodes adopt a vision we’re familiar with — the escapist epic. Surely the greater story must be building toward a loftier moral, but presumably that’s far off into the distance. For now, having a notion of what to expect means returning visitors can relax, indulge in the place's diversions, and ponder the cost later on.