Oliver knows that Trump has surrounded himself with anti-Iran hardliners, so he thought of a new way to sway him 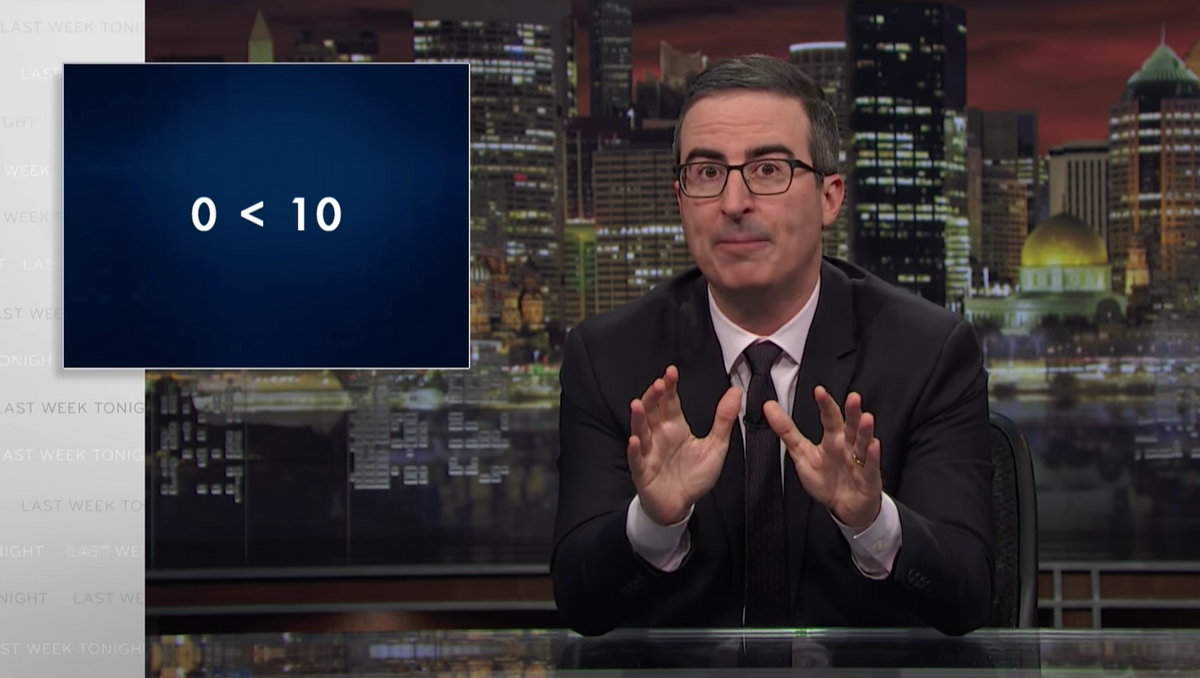 In a last-ditch effort to grab President Donald Trump's attention so he doesn't blow up the Iran nuclear deal, late-night host John Oliver will be running an advertisement during Sean Hannity's Fox News program, to attempt to persuade the president.

"Two of Trump’s top advisers are, like him, dead set against this deal, and they’re getting backup from Sean Hannity, whose show the president watches so much, advisers refer to him as the 'shadow chief of staff,'" Oliver explained, in reference to Secretary of State nominee Mike Pompeo and National Security Adviser John Bolton.

Oliver gave a "ludicrously brief recap" of the history of relations between the U.S. and Iran, in order to lay out the context for the nuclear deal.

"The damage of [pulling out of the deal] would be long-term and potentially irreversible. Set aside the fact that you would alienate a whole generation of younger Iranians who support this deal — just think about what this would do for America’s credibility," Oliver explained. "Why would North Korea consider signing a nuclear agreement with us if we just broke the agreement we signed only three years ago with Iran?"

He added, "And if this deal dies and Iran resumes its nuclear-weapons program, it could start a nuclear arms race in the Middle East."

But Trump has railed against the deal repeatedly and has surrounded himself with Iran hardliners that have also expressed their disdain for the nuclear agreement.

"One of Trump's other complaints is that some parts of this deal expire in 10 or 15 years, and as he sees it, that leads to an obvious problem," he said. Oliver rolled a clip of Trump, who once said, "they can still get the bomb by simply running out the clock."

"Again, that is simply not true; they can't keep the terms, and get the bomb. The terms expressly forbid them from doing that," Oliver said. "What Iran could do — in theory — is wait for parts of the deal to expire in 10 years, then it could ramp up its nuclear program, getting it closer to a bomb."

He added, "But here's the thing, if the deal blows up, Iran could start doing that right now, in zero years! And zero is less than 10."

The late-night comedian introduced the ad he has chosen to run during Hannity's program.

Oliver noted that, "Hannity hates this deal too, so there is not really a way for us to get a moderating voice into this conversation, short of buying time on Hannity’s show this week and running an ad like this."

The ad featured the character, Catheter Cowboy, who has been on Oliver's "Last Week Tonight" in several sketches. "I’m here to tell you, the Iran deal may not be perfect, but it helps restrict Iran’s ability to stop making a bomb for at least 10 years," the character said.