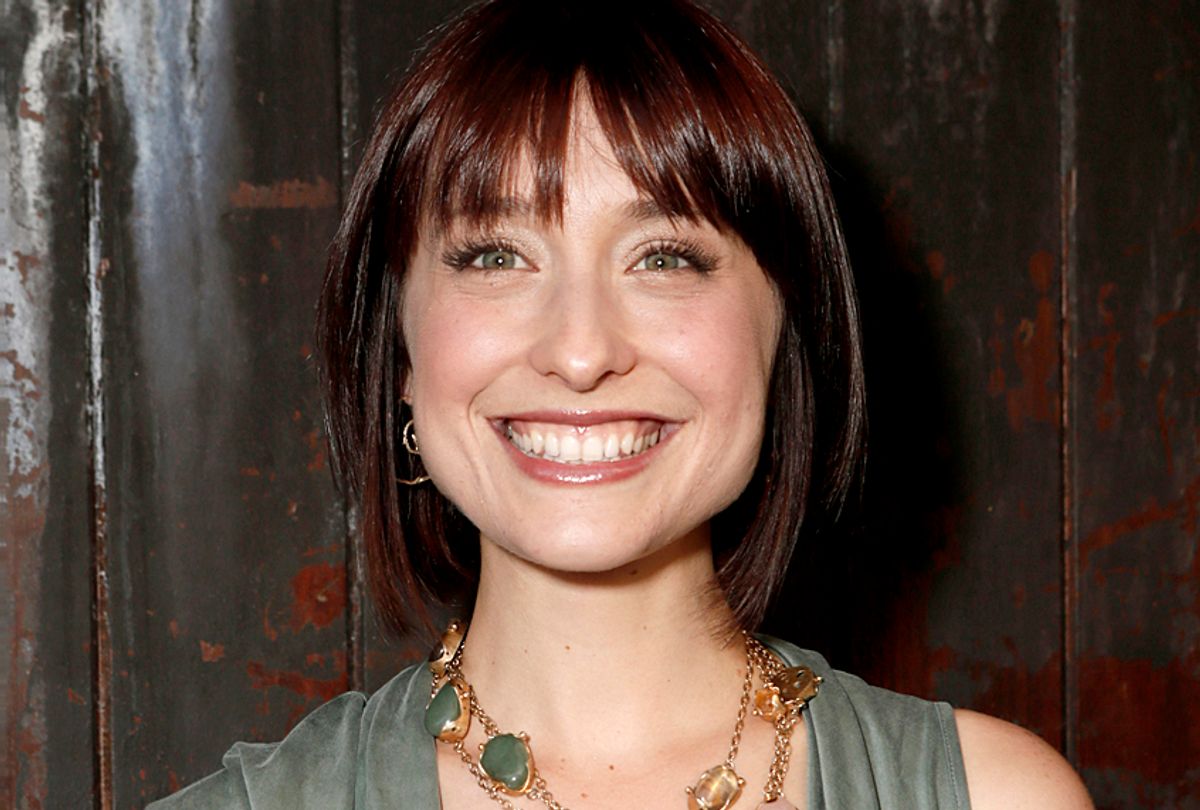 Allison Mack, a lead actress from the television series "Smallville," was charged Friday with sex trafficking and forced labor conspiracy. She was allegedly involved as a recruiter for a women's group that forced its members to have sex with the organization's leader, Keith Raniere, 57, who was arrested in March on sex trafficking charges.

"As alleged in the indictment, Allison Mack recruited women to join what was purported to be a female mentorship group that was, in fact, created and led by Keith Raniere," United States Attorney Richard P. Donoghue said in a statement. "The victims were then exploited, both sexually and for their labor, to the defendants’ benefit."

The self-proclaimed self-help group "NXIVM" (pronounced NEX-i-um) is based in Albany, New York but has operations in the rest of the U.S., Mexico, Canada and South America, authorities say. It has been described as a pyramid scheme, with its courses costing thousands of dollars. Participants rise in the ranks by recruiting others to pay the exorbitant class fees. According to public records, Mack, 35, co-created a NXIVM subsidiary called The Source, which enlisted actors. Officials allege Mack required women to have sex with Raniere, for which she received financial compensation.

Besides allegedly forcing sex acts, some members told The New York Times in Oct. 2017 that before joining the organization they were required to provide "collateral" such as naked photographs. Members said they were warned that the materials would be publicly released if they ever divulged the secret group's existence or defected.

This subset of NXIVM, called "DOS," stands for a Latin phrase meaning "Lord/Master of the Obedient Female Companions" or "The Vow," according to federal prosecutors. "DOS operated with levels of women 'slaves' headed by 'masters,'" the statement continued. "Slaves were expected to recruit slaves of their own (thus becoming masters themselves), who in turn owed service not only to their own masters but also to masters above them in the DOS pyramid." DOS members were all women, besides Raniere, who was known as "Vanguard" and operated at the top level of the pyramid, with Mack allegedly on the level below Raniere.

In the Times' exposé from 2017, women described being branded on their pelvic areas as part of the initiation to DOS. The authorities say these brands incorporated Raniere's initials. Sarah Edmondson, one of the participants, told the Times that she was told to undress during the ceremony and say, "Master, please brand me, it would be an honor," as other women held her down during the painful process.

The Times estimates that 16,000 people have enrolled in NXIVM courses over the past 20 years, with a smaller population joining the secret women's group. The organization and Raniere have long been embattled, but until recently, prosecutors have failed to indict him and other officials from the group.

In July, Ms. Edmondson filed a complaint with the New York State Department of Health against Danielle Roberts, a licensed osteopath and follower of Mr. Raniere, who performed the branding, according to Ms. Edmondson and another woman. In a letter, the agency said it would not look into Dr. Roberts because she was not acting as Ms. Edmondson’s doctor when the branding is said to have happened.

Separately, a state police investigator told Ms. Edmondson and two other women that officials would not pursue their criminal complaint against Nxivm because their actions had been consensual, a text message shows.

Mack pleaded not guilty Friday and is being held without bail.