Our president ignores an American hero: Trump's silence on the Waffle House murders is deafening

James Shaw Jr. disarmed a mass shooter single-handed. Everything about that is a problem for Donald Trump 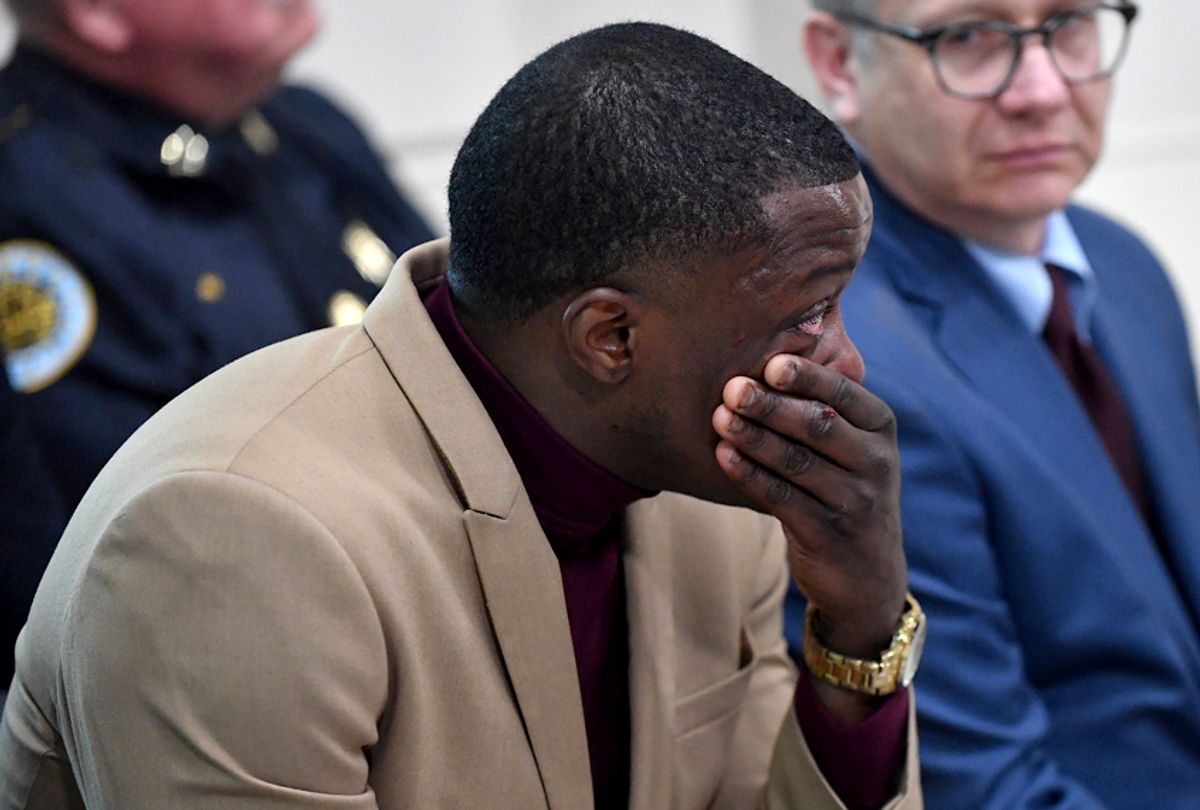 During the early morning hours last Sunday, a 29-year-old white man named Travis Reinking allegedly used an AR-15 rifle to kill four people and injure two others at a Waffle House restaurant in Nashville. Reinking is reportedly a member of the Sovereign Citizens, a right-wing extremist movement that is heavily influenced by white supremacist political ideology. It is likely not a coincidence that all of Reinking's victims were nonwhite.

A 29-year-old black man named James Shaw Jr. disarmed Reinking by grabbing the barrel of his AR-15. Shaw is the true definition of a hero. He acted selflessly, without training or compensation, and at great personal risk.

Like most real heroes, Shaw refused any special praise or honor. As Shaw explained at a press conference on Sunday, “I’m not a hero. ... I’m just a regular person. I think anybody could have did what I did if they’re pushed. You have to either react or fall. I chose to react because I didn’t see any other way to live.”

During those few minutes last Sunday morning in a Waffle House, a mini-drama of American life in the age of Trump took place.

A young black man protected the public from a white man hell-bent on committing mass murder. In America, black men are all too often subjected to harassment, state-sponsored violence and racial profiling. By comparison, white men -- even when they are mass murderers or domestic terrorists -- are described by default as "nice" and "normal" people who are "lone wolves" or suffer from mental illness. Their crimes come as a surprise and not indicative of a broader "cultural problem" among the "white community."

The patrons at the Nashville Waffle House were lucky that James Shaw Jr. was not arrested and kicked out for trespassing like the two black men in a Philadelphia Starbucks store last week. If the manager in Nashville had a case of "negrophobia" like his peer in Philadelphia, more people might have died.

On the same day that Shaw saved lives in a Nashville, a black woman was arrested, stripped almost naked, and brutalized by police at a different Waffle House, a few hundred miles away in Alabama. Her crime? She complained to the manager about why her party had been charged for plastic utensils, when on a previous visit they had not been.

America's police routinely claim that they were in fear for their lives and "had no choice" after they kill unarmed or otherwise vulnerable black and brown people. James Shaw Jr., who had neither weapons nor police training, disarmed a killer with his bare hands.

And once again a white man who commits mass murder is captured alive, while black and brown people who are unarmed, talking on telephones, sitting in their cars, sleeping or generally minding their own business are killed by America's police nearly as a matter of routine. Reinking, who is accused of four murders, was even offered bond by a judge -- although in the face of public outrage this has since been revoked. Do you believe that a black or brown person credibly accused of mass murder would be given the opportunity to go free while awaiting trial?

Then there is Donald Trump. A president who finds countless hours to watch Fox News, play golf, and rage via Twitter about such important matters as the cartoon character Mr. Magoo has not made any public statement about the massacre in Nashville. (During a press briefing on Monday, White House press secretary Sarah Huckabee Sanders offered a routine statement of condolences for the victims and praise for Shaw on the president's behalf.)

Speaking personally and directly about Shaw's heroism and the mass shooting in Nashville might seem like a political slam dunk. But Trump's White House has demonstrated a remarkable gift for causing controversy where none is necessary. Could the president's near-silence on the Nashville shooting be another example of his supposed political incompetence? Unlikely.

The National Rifle Association and the single-issue voters it commands have Trump and the entire Republican Party in a vise grip. The Trump administration, for instance, rescinded common-sense rules put in place under Barack Obama meant to prevent mentally ill people from buying firearms. If such rules were actually enforced, they could have potentially stopped Reinking from obtaining the guns he apparently used to kill four people last Sunday. Perhaps Donald Trump has chosen not to speak directly about the mass murder in Nashville because his political masters demand it?

Given Trump's level of narcissism one would also think he would celebrate Shaw for stopping Reinking, who was detained by the Secret Service last July after attempting to breach the grounds of the White House.

The explanation for Trump's relative silence is obvious. Trump, his advisers, his political party and their media allies have thrived on their contempt for the humanity, dignity, and freedom of black and brown people. Honoring a black man for stopping an armed white man during what may have been a racially motivated killing spree runs counter to Donald Trump's political worldview and personal morality.

Let's recall that Trump has slurred black athletes (and others) who have exercised their constitutional rights to protest police brutality and racism. He has repeatedly attacked black journalists and elected officials, especially women, as stupid and ignorant. Trump has suggested that the people of Puerto Rico, who are United States citizens, have been lazy about their recovery from one of the worst natural disasters in recent history. Trump has repeatedly demonized Latin American immigrants as rapists and murderers. He has consistently refused to apologize to the Central Park Five, the group of black and Latino teenagers who were unjustly imprisoned for raping a white woman in 1989, and whom Trump longed to see executed.

The American right has engaged in a coordinated effort, over many years, to deny black Americans and other nonwhites the right to vote through gerrymandering and voter suppression. Trump and his Republican allies long to change our immigration laws to ensure that white people remain a permanent majority and that nonwhites are deported or otherwise removed whenever possible.

Trump has stated that black people live in hellish conditions, and therefore (for unclear reasons) they should support his presidency. He infamously described some of the neo-Nazis and white supremacists who gathered last August in Charlottesville, Virginia, as "very fine people."

Instead of focusing on the threat to public safety posed by right-wing extremist groups such as the Sovereign Citizens movement (which law enforcement officials have consistently identified as more dangerous than Islamic terrorist groups) Donald Trump's administration has defunded the programs targeting them. It is no surprise that the Ku Klux Klan and other overtly racist organizations have claimed Donald Trump as their leader.

It takes no special insight or powers of political prestidigitation to know that if a Muslim, an "illegal alien," a "Dreamer" or a black person had committed mass murder in Nashville on Sunday, that Trump and his media followers would be howling about "extremism" and "terrorism."  But when right-wing Christian conservatives commit mass murder or other acts of terror, such events are shrugged off as unfortunate curiosities. They are never understood as evidence of a systemic cultural problem caused by toxic white masculinity and white male privilege.

In another reality, James Shaw Jr. would have already been flown to the White House and celebrated as a national hero. The president of the United States has many responsibilities. These include formal obligations such as being the commander of the military and chief legislator. There are informal obligations as well, including serving as the country's cheerleader and providing moral leadership both on a day-to-day basis and during times of crisis and tragedy. As shown once again by his near-total silence after the mass shooting in Nashville, Donald Trump has spectacularly failed in this regard.