Why does a president demand loyalty from people who work for him?

Why does loyalty matter so much to Trump? Presidency scholars have theories 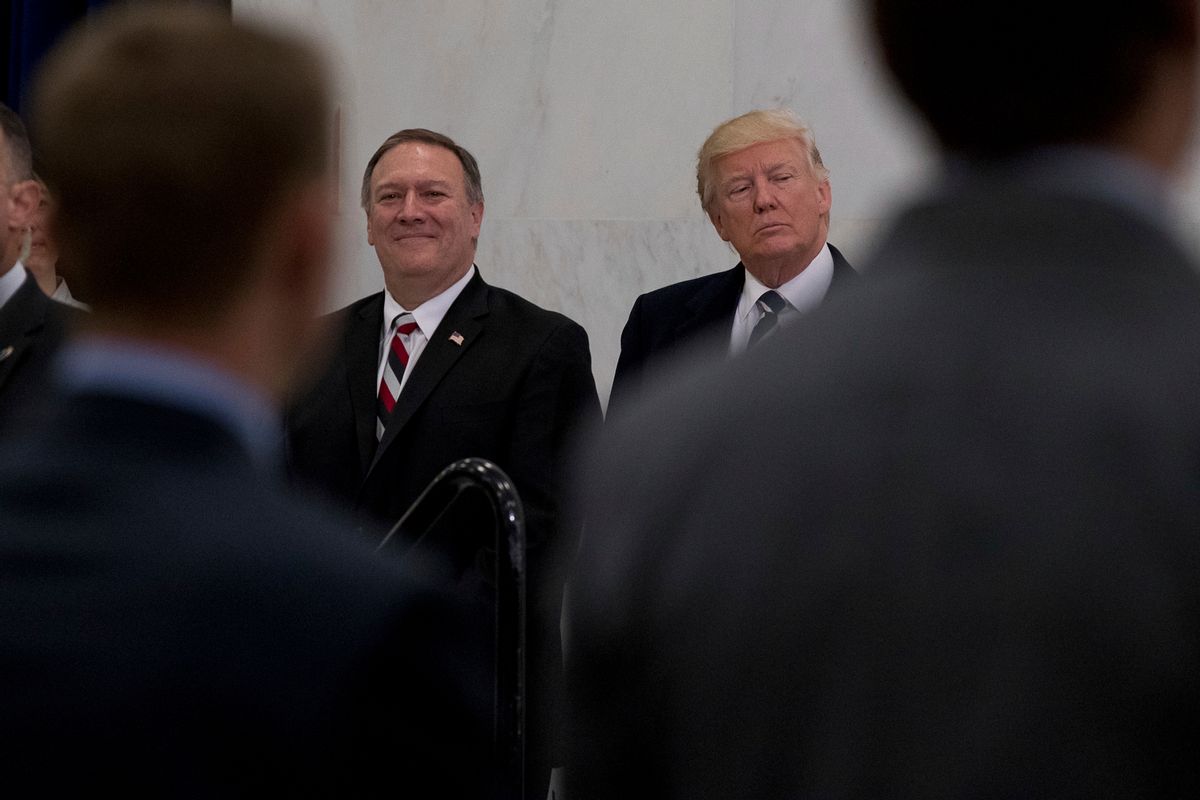 Former FBI Director James Comey's story has gradually been unveiled, culminating in the release of his memoir, "A Higher Loyalty: Truth, Lies, and Leadership."

What makes Comey's account of life in public service noteworthy is how he left his job. On May 9, 2017, Comey was fired by President Donald Trump for his alleged failures to properly lead the FBI during its investigation into Hillary Clinton's use of a private email server.

As someone who has researched loyalty in politics, I approach Comey's new book from a political science lens by answering several questions: What is loyalty, and how does Comey's vision of loyalty contrast with Trump's? Why does loyalty matter?

Scholars who study politics define someone who is a presidential "loyalist" as an appointee who is either "personally loyal to a president or to the president's ideology or policy agenda."

This type of loyalty comes in handy for presidents when they enter office and ask, "How do I select the people who will help carry out my agenda?"

For example, President George W. Bush announced in 2004 that he would nominate Alberto Gonzales, his White House counsel, to succeed John Ashcroft as the attorney general of the United States. Previously, Gonzales had been involved in the Bush administration's attempts to subvert its own Justice Department, including an effort on March 10, 2004, to go around Justice Department's recommendations on issues relating to NSA surveillance programs while Ashcroft was hospitalized for acute pancreatitis.

Comey notes in his book that the nomination was a slap in the face to everyone who worked at the Justice Department. He writes: "I was getting a new boss who had actively opposed … the department's responsibility to enforce the law as it was written, not as the administration wanted it to be. One who seemed to prefer satisfying his boss more than focusing on hard truths."

In other words, this was an appointment based on loyalty.

Trump's interest in having loyalists in his administration does not appear to be different. What might set Trump apart is his exceptional emphasis on loyalty.

Consider this passage from Trump's book "The Art of the Deal." It's about Roy Cohn, a longtime Trump lawyer who was known over decades for using ruthless legal tactics against his perceived enemies:

"He was a truly loyal guy. … Just compare that with all the hundreds of 'respectable' guys who makes careers out of boasting about their uncompromising integrity but have absolutely no loyalty."

Though Trump demands loyalty, he does not always reciprocate it. Jeff Sessions, whom Trump appointed Attorney General, quickly learned this after he recused himself from the Russia investigation, which ultimately led to the appointment of special prosecutor Robert Mueller. Sessions was criticized by Trump for the recusal and since then, there has been strong speculation about the fate of Sessions' job.

The central tension between what Trump and Comey see as the most important quality in leadership is what resulted in Comey's dismissal. In contrast to Trump's focus on personal loyalty, Comey has been explicit and consistent about what he sees as the utmost qualities that leaders should embody: integrity and honesty. Trump appears to define the most important quality as loyalty — specifically, fealty to himself. Comey's focus is on a commitment to universal values and ideals, not a person or particular political "tribe" or agenda.

In his book, he writes, "A commitment to integrity and a higher loyalty to truth are what separate the ethical leader from those who just happen to occupy leadership roles. We cannot ignore the difference."

The book paints a picture of a principled public servant who is uncompromising in his commitment to the core values of ethical leadership. That is what Comey defines as a "higher loyalty."

Why does loyalty matter?

As presidency scholar David Lewis writes, loyalist appointments matter because presidents can use them "to change public policy in government agencies and exert control over the bureaucracy." And yet, a large amount of research warns of the pitfalls of focusing exclusively on loyalty. There is a lot to be said for other qualities — say, competence.

The argument for competence is simple: For presidents to succeed in their policy goals, their appointees must be capable of carrying out their directives. Though one might imagine that there are people who can be equally loyal and competent, this is typically not the case. For instance, presidents may be limited by various institutional barriers in making appointments, or in other cases, an executive may actually prefer a less competent subordinate.

As scholar George Edwards notes, "The issue is not either-or but rather one of relative emphasis. Quality matters. The greater the administrative challenge, and thus the more sophisticated the design needed to exploit it, the greater the premium on analytical ability, managerial and political skills, and personality — on those skills that bring out the best in the bureaucracy."

Presidents who lose sight of this do so at the peril of undermining their own goals, a lesson the George W. Bush administration learned too late. Investigations following FEMA's catastrophic response to Hurricane Katrina in 2005 revealed that many of the president's appointments to that agency lacked even the most basic of emergency management experience.

The result was a federal agency that was unable to carry out its essential mandate of responding to natural disasters, with further negative impact on other aspects of Bush's agenda.

Overall, Comey writes, the "encounters with President Trump left me sad, not angry." Without President Trump displaying the kinds of qualities that Comey believes leaders should have, Comey asserts that "there is little chance President Trump can attract and keep the kind of people around him that every president needs to make wise decisions."

"That makes me sad for him, but it makes me worry for our country."

But Comey's lofty version of ethical leadership also has its limitations.

Decisions by leaders, including many which Comey himself struggled with, are rarely made under easy circumstances. Presidents, especially in the context of trying to manage a massive federal bureaucracy, must consider the degree to which their appointees will behave in ways they expect. As the Trump administration is finding out, this is a more difficult proposition than people may realize.