"My House" on Viceland: The House and Ball community is "one of the original safe spaces" 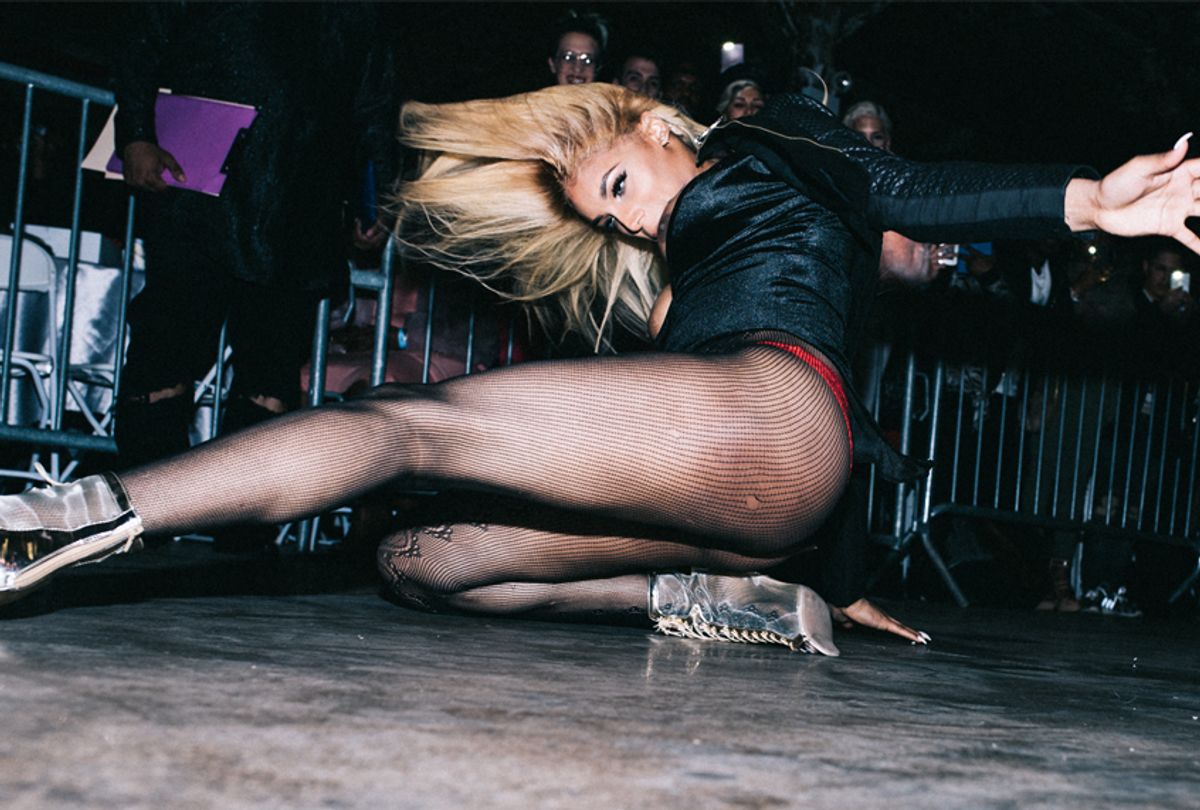 It has been almost 30 years since the release of the seminal film "Paris Is Burning," which documented New York's House and Ball community in the 1980s. Interconnected in the narrative were the triumphs and struggles of the performers who electrified the floor during balls. While they vogued with unparalleled precision and vitality, these mostly low-income LGBTQ people of color also had to reckon with oppression. They were largely marginalized, if not shunned completely, from mainstream society.

But the underground balls were an outlet of reclamation, voguing a medium of communication and agency. "You can have a whole conversation with voguing without even saying a word," prominent ballroom commentator Precious Ebony tells Salon. "It’s a form of storytelling."

The powerful story of this subculture created by and for LGBTQ people of color lives on in the new series "My House," which premieres Wednesday night on Viceland. "My House" follows a new generation of dancers who provide an "insider's guide" to New York's current, hyper-competitive scene. Houses, which form the organizational backbone of the House and Ball community, serve as surrogate families to those who may have been shunned by their own.

Ebony emphasizes the values of acceptance, family and love, which she argues are the pillars of queer ballroom – and equally as central as the iconic dance form voguing. She added that it might get intense during competitions – but only after the performers leave the stage. "We hug each other," she said, "because at the end of the day, we know we’re all we got."

What initially drew you to the scene, and what keeps you inspired to stay connected to it?

What attracted me to the scene was the culture. I’ve never seen a place that you can be so open and be yourself and no one gives a f**k about it. What I mean [by] no one gives a f**k? I mean, like, BABY YOU CAN BE WHO YOU WANT TO BE! Your style can be crazy, unique and they’re going to accept it. Because they know how it feels to be different.

I remember going to high school and feeling like I wasn’t seen. And, in ballroom, I definitely feel like I finally was seen, and I finally was heard. And that’s an amazing experience.

As a commentator, what does your role consist of?

I definitely feel like I’m the ringleader, the ringmaster, like the conductor. I have to keep everything in order, because I feel like without me, the show’s not going to go on . . . I get on that mic, and I make people happy. I make people clap. I make people excited. I make people have a good time. And that’s a time where people get to release, and forget about all the struggles and the harsh things they’re dealing with.

The opening line of Episode 1 describes the House and Ball community as "one of the original safe spaces." What do you make of that?

What I mean by the safe space is we have people from all different walks of life. We have different ethnicities; we have different colors; we have different shapes, sizes; people with no hair, long hair . . . We accept each other, because at the end of the day, we already know how it feels to be unaccepted. So we’re going to accept each other, because sometimes that’s the only thing we have to fall back on. Some of us can’t wake up in the morning to a parent or breakfast cooked by mom or to a house that you can call a home. Some of us wait for that ballroom moment to be able to see their brother, sister, their gay parents.

People come for acceptance. People come to release, to relate. And, also sometimes ballroom is a place for people who don’t have a home. Some people are homeless. Some people are lost. People who feel like they don’t have a place in the regular world, they come to ballroom. Besides the culture of voguing, ballroom is a place that is actually a family. Balls happen, people come just to get a hot meal, to get tested for free, to know that there are other people out there going through the same ordeals that they’re going through — that they’re not alone.

What are you most excited about for the show?

There’s nothing fake in "My House." Everything is 100 percent authentic. Everything’s real. Everything’s raw; the emotions, the feelings right before we’re about to walk up there; the adrenaline, the feeling of being scared. Because we don’t know what’s going to happen.

A central storyline in "My House" is performer Tati no longer being part of a house. What does it mean to not have a house?

Normally when I walk out, you’ll hear my whole house. Everyone’s screaming at the top of their lungs, because I’m a product of that house. So being a 007, it’s like you don’t have anyone.

Just having that push when you come out, it makes a big difference. It was a big deal that she wasn’t a part of a house. But I think Tati definitely carried herself great. And I think she let us know that, even if you’re in a house or not in a house, a lot of it comes from within. If you want to win that category, you have to push yourself.

New Orleans rapper and icon Big Freedia, who is queer and black, is fresh from being featured on Drake's "Nice For What," although she is absent from the video. Myles E. Johnson wrote in Noisey about how mainstream artists are fine with using the culture and art of queer black people, but not through the bodies that created it. Do you have thoughts on this?

I get so hurt that people are so OK using the culture, but don’t want to support the culture. I keep saying it’s disappointing. How the f**k are you going to have Big Freedia’s voice on the song, but not show her in the video? I feel like Drake feels like that’s going to hurt his image, because she’s a person of LGBTQ experience.

I definitely feel like I’m tired of celebrities using the culture and not knowing of the culture . . . That’s why I’m definitely tip-toeing my way to success. For instance, I did a performance for Rick Owens, and Rick was like, 'Oh, I want to record a song with you, and play this song at my party.' And I was like, 'No, that’s not fair. If you want my music at your event, have me at your event.' And guess what? I flew to Italy for men’s fashion week, and performed at Rick Owens’ legendary, iconic after party.

And I had the time of my life. You know why? Because I didn’t close my mouth, I didn’t accept bullsh*t and I knew exactly what change I wanted to see.