Democrats may actually win the Senate in 2018, poll suggests

A recent poll suggests that the Senate could be in play, while a recent race throws the House into question 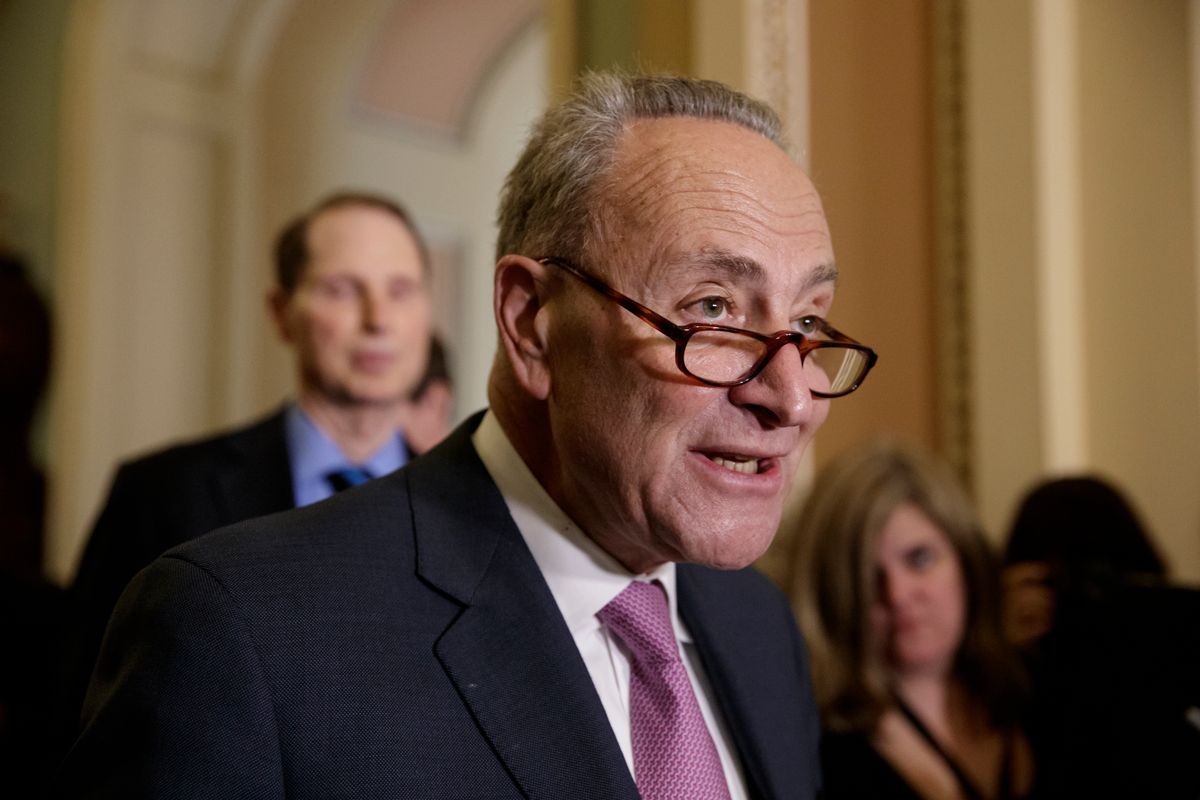 A new poll has bad news for Republicans hoping to retain their party's control over the Senate in the 2018 midterm elections.

In order for the Democrats to flip the Senate away from Republican control, they'll need to convert no fewer than two seats from one party to the other, according to Axios. While the Democrats have long been believed to be at a disadvantage because they are defending more Senate seats in 2018 than their Republican counterparts, a new survey by Axios and SurveyMonkey suggests that at least three Senate seats currently held by Republicans may be competitive.

This includes the race in Arizona, where Democratic frontrunner Kyrsten Sinema has a major lead over all three of her most likely Republican opponents — Rep. Martha McSally, former state Sen. Kelli Ward and former Maricopa County Sheriff Joe Arpaio. Sinema is ahead of McSally by nine points (51 percent to 42 percent), ahead of Ward by eight points (51 percent to 43 percent) and ahead of Arpaio by 29 points (61 percent to 32 percent). The seat in question is currently held by Republican Sen. Jeff Flake, who is retiring in January.

These survey results are consistent with those taken from other recent polls on the competitive Senate races. A Mason-Dixon poll conducted in Tennessee and released on Wednesday showed Bredesen ahead of Blackburn by three points (46 percent to 43 percent), while a series of polls on the Arizona Senate race taken by ABC 15/OH Predictive Insights all found Sinema with leads over her various possible Republican opponents that ranged from six percentage points to 26 percentage points. The only major point of divergence was in the polling results for the Nevada Senate race, where a Nevada Independent/Mellman poll released on Wednesday had Heller ahead of Rosen by 1 percentage point (a statistical tie).

Despite these projections, Axios did include a warning for Democrats who may be inclined to prematurely celebrate the results as foreshadowing a definite sweep for their party.

The overall Senate map in this election still favors the GOP, and an earlier Axios/SurveyMonkey poll showed five Senate Democrats could lose their seats to Republicans. Democrats need to keep the Senate seats they have and gain two more to take control of the Senate.

When it comes to the races for the House of Representatives, Republicans have similar reasons to be worried. A special election for an Arizona congressional seat being vacated by disgraced former Republican Rep. Trent Franks saw the Republican candidate, Debbie Lesko, beating her Democratic opponent Dr. Hiral Tipirneni by a much smaller margin than anticipated. As statistical guru Nate Silver wrote on Wednesday:

Lesko’s margin of victory was only 5 percentage points in a district that typically votes Republican by much, much more than that. The outcome represented a 20-point swing toward Democrats relative to the district’s FiveThirtyEight partisan lean, which is derived from how it voted for president in 2016 and 2012 relative to the country.

The silver lining for Republicans isn’t that Lesko won. If Republicans are winning by only 5 points in this sort of extremely red district in November, dozens of more competitive seats will [flip] to Democrats — more than enough for them to take the House. Rather, the “good” news is that Republicans have endured lots of this sort of bad news already. Before Tuesday night, Democrats had outperformed their partisan baseline by an average of 17 points in congressional special elections so far this cycle. So the Arizona result was only slightly worse for Republicans than previous ones.

Harry Enten, a polling expert for CNN, had a similar observation about the implications of Arizona's special House election on Wednesday.

Including Arizona 8, the average improvement for the Democrats has been 17 percentage points versus the partisan baseline. That's better than any party out of power has done in the lead-up to a midterm cycle since at least 1994.

You'll note that there is a clear correlation between the average overperformance of Democrats in special elections and the midterm outcome. The only cycle that looks like this one so far is 2006, when Democrats had a net gain of 30 seats and took back the House.

Meanwhile John Feehery, a former spokesman to Speaker of the House Dennis Hastert, R-Ill., and communications director to former Rep. Tom DeLay, R-Texas, wrote an editorial in The Hill on Monday that explained why he believed the predictions of a possible Democratic takeover of the House were overstated.

Republicans have a distinct national advantage going into this election. As Mother Jones reported in March, “A new report from the Brennan Center for Justice calculates just how much of a landslide Democrats will need in order to win in districts that were drawn specifically to withstand Democratic waves and elect Republicans. The result, report co-author Michael Li says, should be a ‘reality check’ for Democrats.” To win the House, the Democrats would have to win the popular vote by 11 points, according to this left-leaning organization.

Is that possible? Yes. Probably? No.

The Republican Party has been in control of the House of Representatives since the midterm elections in 2010, when President Barack Obama was struggling with a sagging economy and the disadvantages of first term incumbency. Four years later, during the 2014 midterm elections, the Republican Party managed to capture the Senate as Obama struggled with the disadvantages of being a second-term incumbent.

While the Republican Party would thus face an automatic disadvantage by virtue of the fact that they control the White House, that factor is exacerbated by the president's low approval ratings. A statistical tracker by FiveThirtyEight that monitors Trump's approval rating based on a number of polls found that he had a 53.7 percent disapproval rating and only a 40.5 percent approval rating, which significantly exacerbates the GOP's pre-existing disadvantage going into the 2018 midterms.