An earlier trial in 2017 resulted in a deadlocked jury. This time, the guilty verdict came on the heels of #MeToo 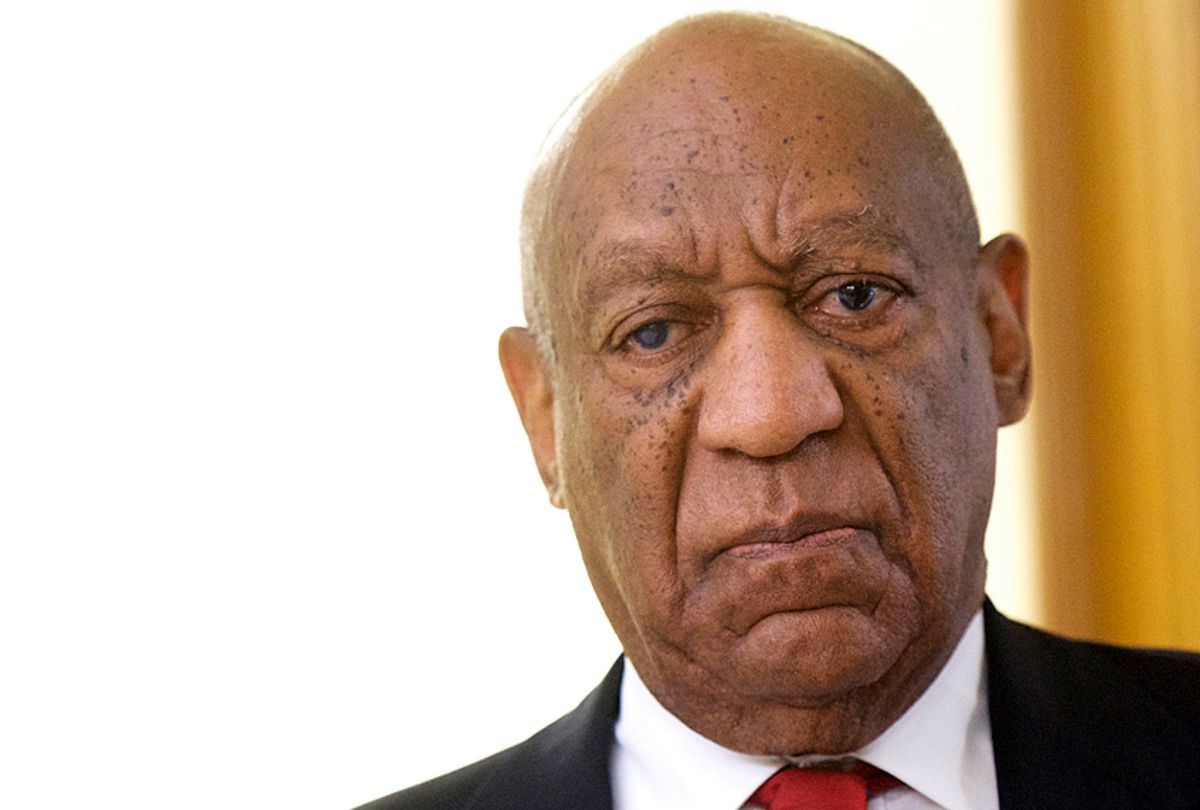 Bill Cosby walks after his verdict was announced at the Montgomery County Courthouse. (Getty/Mark Makela)
--

A Pennsylvania jury found Bill Cosby guilty of all three charges of sexual assault facing the embattled comedian on Thursday. An earlier trial in 2017 had resulted in a deadlocked jury. This time, a guilty verdict came on the heels of the #MeToo movement.

Cosby faced allegations of sexually assaulting and drugging Andrea Constand in his suburban Philadelphia home in 2004. Constand’s case was the exception in a wave of women who came forward with sexual assault allegations against Cosby — for many, the statute of limitations had expired.

According to the New York Times, the three counts Cosby faced — penetration with lack of consent, penetration while unconscious and penetration after administering an intoxicant — are felonies that are punishable by up to ten years in state prison. Cosby is 80 years old.

Cosby reportedly, via the New York Times, quietly stared down once the verdict was announced. Several women who have accused him of sexual abuse who attended the trial “briefly cheered.”

In his 2017 testimony, Cosby admitted to having sexual relations with Constand, calling the encounter consensual. O’Neill allowed only one other accuser to testify, and a mistrial was declared.

During the retrial last week, Constand testified and recalled the events from 2004. According to The Guardian, she testified that Cosby invited her to his home after the two had become friends. She was a manager of the women’s basketball team at Temple University. He reportedly offered her three blue pills, which he allegedly told her were her “friends.”

“I trusted him. So I took them,” she said during the testimony.

"Were you able to verbalize and tell him to stop?" state prosecutor Kristen Feden asked Constand, according to CNN.

"No," Constand said. "I wanted it to stop. I couldn't say anything. I was trying to get my hands to move, my legs to move and the message just wasn't getting there. I was weak, I was limp and I couldn't fight him off."

Cosby joins a long roster of men in the entertainment industry who have seemingly abused their power over women. The accusations preceded the #MeToo movement, which became a cultural boiling point in the wake of the sexual harassment and assault allegations levied against Harvey Weinstein.

As Salon's Rachel Leah explained, the Cosby retrial was indeed “inflected with new meaning” following the #MeToo movement. The prosecution and the defense were aware of the significance the retrial held.

"With the current atmosphere, it’s going to be hard enough to get the jury to focus on the trial at hand," defense lawyer Becky James said Tuesday, warning of a hemorrhage from #MeToo into the courtroom. "But bringing in additional accusers — especially 19 of them — in that environment would be highly prejudicial."

Prosecutors countered that narrative. "The truly unique nature of [Cosby’s] sadistic sexual script is manifest in the similarities between the acts he enacted with Ms. Constand and the 19 other women," Assistant District Attorney Adrienne D. Jappe said.

Cosby’s verdict is indeed monumental — one that likely could set a new precedent for future trials.

"Justice was served today," NOW President Toni Van Pelt said in a statement. "Thanks to the brave women who came forward to tell their stories, Bill Cosby, a violent assaulter has been convicted. This is a notice to sexual predators everywhere. No matter your position in life, our society will not tolerate such violent behavior anymore. Enough is enough."

Other sexual abuse prevention groups, such as The Rape, Abuse & Incest National Network (RAINN) have noted that they hope this verdict will empower survivors to come forward knowing that justice can be served.

“RAINN is pleased with the jury’s decision in this case," Scott Berkowitz, the founder and president of RAINN, said in a statement. "There are many forces that discourage victims from reporting these crimes. Let’s hope the legacy of this case is that victims feel empowered to come forward, knowing that it can truly make a difference in bringing perpetrators to justice.”