Trump is convincing Republicans to distrust former FBI Director James Comey and the media, according to a new poll 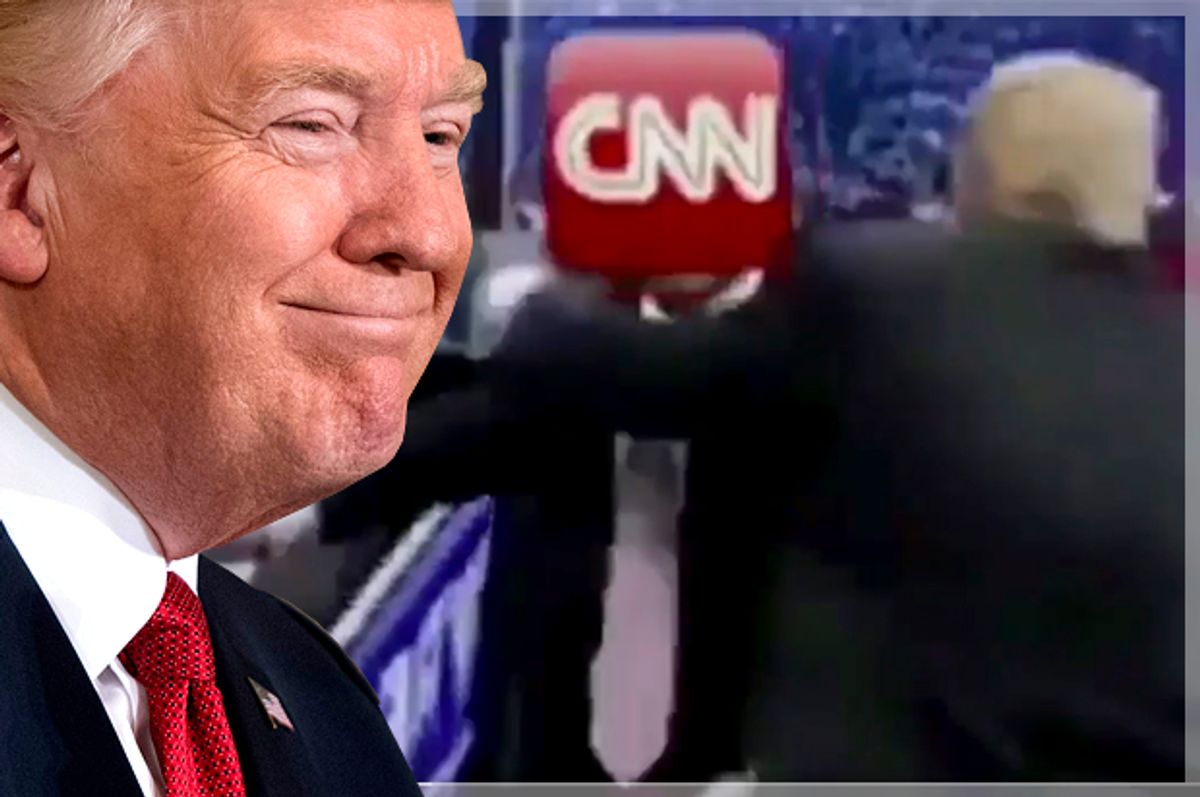 President Donald Trump may not be convincing most Americans that they should trust him over former FBI Director James Comey and the media, but he has definitely persuaded one group — his fellow Republicans.

Not all of the news in the poll is good for Trump when it comes to his standing among Republicans. Fifty-nine percent of Republicans believe that Trump should not fire Robert Mueller, the special counsel who was appointed to investigate potential collusion between the Trump campaign and Russian government after the president fired Comey. Only 25 percent of Republicans said they would support such a move by Trump, reinforcing the conventional wisdom that any attempt by Trump to fire Mueller would trigger a political crisis for the president as well as a constitutional one.

It is worth noting that Comey himself is not popular in this poll, with 41 percent of respondents having an unfavorable opinion of the former FBI director and only 30 percent having a favorable one. Overall, the poll's results were consistent with those in surveys stretching as far back as June, where neither Trump nor Comey was well-liked but Comey was trusted more than Trump.

As Peter A. Brown, assistant director of the Quinnipiac University Poll, explained:

American voters aren't enamored of former FBI Director James Comey, but they trust, by 19 points, his version of events more than President Donald Trump's version. Americans also seem to be on Independent Counsel Robert Mueller's side in his ongoing look at the president and his people.

Trump has also managed to shape the average Republican's perception of another one of his favorite targets: The media. Fifty-one percent of Republicans believe that the media are the enemy of the people — harkening back to an insult Trump used toward the press last year — with only 37 percent acknowledging the media's important role in democracy. That said, among overall voters, the media is still more trusted than Trump by a margin of 53 percent to 37 percent.

This finding is particularly troubling in part because it hinges on the false notion that liberal media outlets which criticize Trump are "fake news." As media experts told Salon earlier this month, there is a difference between reporting that you dislike — or even reporting that is biased — and reporting that actually spreads falsehoods.

"In general what I would consider 'fake news' is information that purports, that presents itself as conveying factual information about the world, about reality, that is in fact not factual, is not real," Susan McGregor, an assistant professor at Columbia Journalism School, told Salon. "And I think that obviously what we've seen in the last year or so is the politicization of that term used as a label to mean anything that a person doesn't like or disagrees with. And so, you know, obviously, those are two different things: I can dislike something that is factually true, but that doesn't mean that it's fake."

"If you have a society that's completely or very divided between Democrats and Republicans, between right-wing and left-wing, in fact even if  the New York Times tomorrow would come out with a story that was factually not fake news, but actually very factual about some sort of Trump complicity in Russia and Russian affairs or whatever — most of the people, half of the people, the ideologues, would simply say, Well, that's just fake news from, what? From the liberal media!" Dr. Stephen J. A. Ward told Salon.