Yes, I do Kanye is faking his #MAGA obsession for attention. He's a master of this kind of stunt 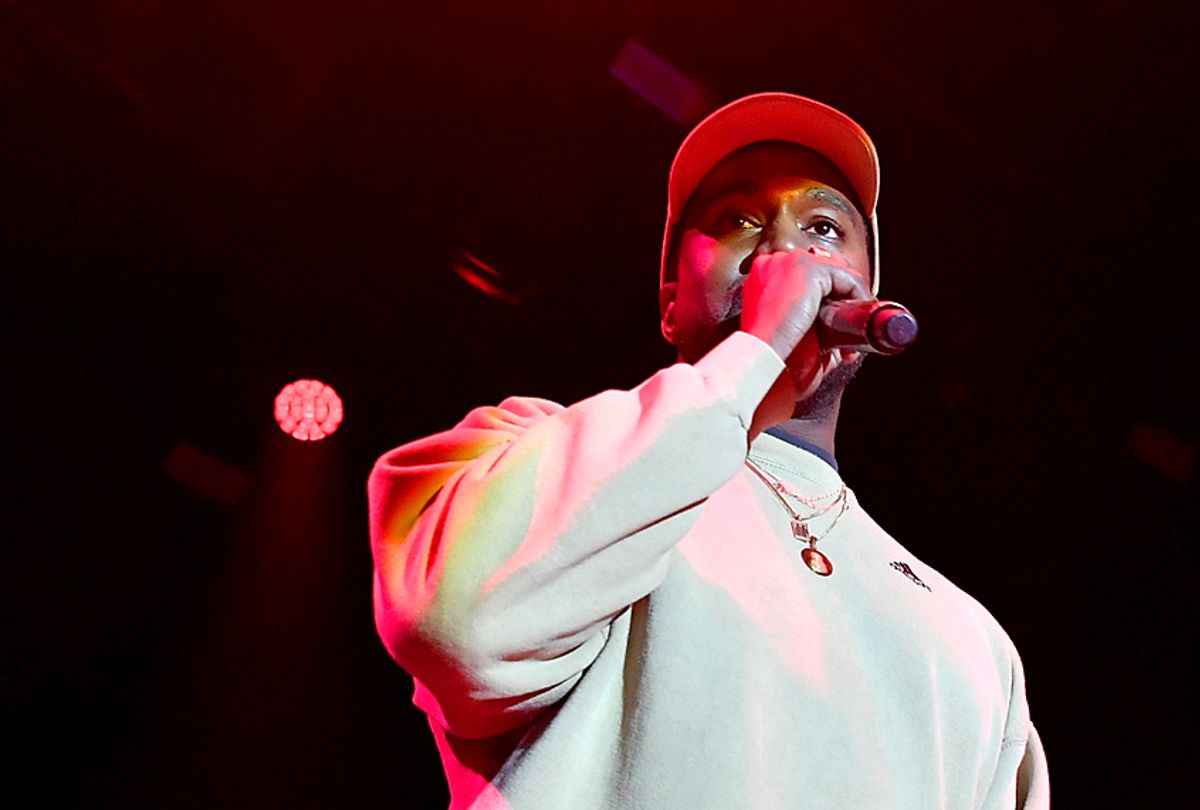 “D, why you gotta be so tough all of the time?” a friend asked me with big pleading eyes. “That’s the problem with the black community now. We don’t pay enough attention to mental health.”

I sipped my juice as she talked.

Kanye needs my help like I need a higher tax bill, is what I told her. I don’t ignore mental health issues. I’ve  seen the harm that has done to my community, from the homeless to the murderers, and all types of victims, including children who are forced to endure all of the trauma in a neighborhood where mental illness is rarely acknowledged. I work with kids — trust me, I get it, so I won’t take that “D ignores mental illness" charge.

“Look, check this out,” I told her. “I’m not making excuses for Kanye, because he has Kardashian money — meaning, his family can hire the Michael Jordan/LeBron James of therapists. And since when does being bipolar cause a person to align themselves with a racist movement led by a guy who’s 24/7 offensive, a hyper-liar, and openly sexually assaults women? This is all about attention for Kanye.”

She got quiet. I sipped my juice and looked down at my sneakers.

“I supported Kanye for too long. Look at my shoes! They are Yeezys!” I said. "I bought all of his albums and a of bunch of his sneakers. He’s not sick! He has an album dropping, and this just the normal Ye pre-album hype.”

We agreed to disagree and both laughed. Like every other Gen Z, millennial or Gen Xer, we love — or loved — Kanye. He was the best at telling his story, super-conscious, the best at making beats and the best at being, well, an asshole — especially when it came defending his art.

The first time the world heard Kanye spit was on the track “Champions” off Damn Dash’s "Paid in Full" soundtrack back in 2002. His flow was crazy, Midwest-country with some East Coast sauce. We were hooked and amped for his debut "College Dropout" that was slated to be released in 2004. That's when the Ye pre-album hype began.

Unlike most rappers, Kanye works extra hard at bringing attention to his work. Before "College Dropout," he developed a fake mascot for a pretend school and tied the skits to the illusion of college and how degrees don’t always guarantee success. Genius. Then the Ye pre-album hype just took it over the top. He got into a really bad car accident in Los Angeles, so bad that he had to have his mouth wired shut. Ye recorded “Through The Wire,” a song about the accident and used visuals of his real-life, swollen, busted, stitched and stapled jaw from the incident in the video. The fans loved it.

"Well, the only thing this accident is saying is, 'I am about to hand you the world, just know at any given time I can take it away from you,'" Ye said in a statement.

"To nearly lose your life, to nearly lose your mouth, your voice, your whole face, as a rapper . . . and I had to be on TV! My face looks crazy to me now. . . .But I have to just thank God for the situation that I am in. . . . 'Through the Wire' is the worst thing that could've possibly happen to me, and now it's obviously the best thing. Look how it exploded!"

The near-death experience worked out in the rapper's favor, so during the next wave, Kanye created a fake beef with another rapper who had a near death experience, 50 cent. The two traded jabs on TV and in magazines, and later admitted that it was all in fun — which isn’t a bad thing, because it was competitive, based on album sales, and no one got hurt. The goal was attention and both rappers benefitted.

Kanye is at his best when the creativity speaks. Before "My Beautiful Dark Twisted Fantasy" dropped, Kanye created Good Fridays, where he and his team at Good Music dropped a new song every Friday. Those songs were amazing because they were raw while being soulful, and they got us all excited waiting for the new track every week. It’s important to mention that in between all of these ploys to bring attention to himself, Ye was making some amazing music.

Other instances of Ye pre-album hype includes him going off on radio shows, like when he yelled, “You ain’t got the answers Sway!,” running on stage to interrupt Taylor Swift at MTV's VMAs, going on "Ellen" and comparing himself to Walt Disney, wearing Confederate flags when "Yeezus" dropped. And now, he's faking being pro-Trump.

Yes, I think he is faking.

Kanye West is not a real Trump supporter­­, he’s an attention whore — just like Trump, he will do any and everything to be talked about, especially when he has an album coming out soon. His old antics were cool, but now he's treading dangerous territory. You can't represent the hip hop community while aligning yourself with a person who proudly oppresses and demonizes poor people. That is totally unacceptable.

Does Kanye have a mental illness? Yes — it’s called Capitalism: Addiction to Money, and many other Americans suffer from the same ailment. The only difference is that we aren't all selling our souls because of it.

I’m sure Kanye will publicly reject Trump and go back to being the same old Kanye after the buzz for his new album dies down. And many will forgive him, like they always do, especially if the music is good. But me? I'm over it.