She studied brains. Then she almost lost hers

An interview with Barbara Lipska, author of "The Neuroscientist Who Lost Her Mind: My Tale of Madness and Recovery" 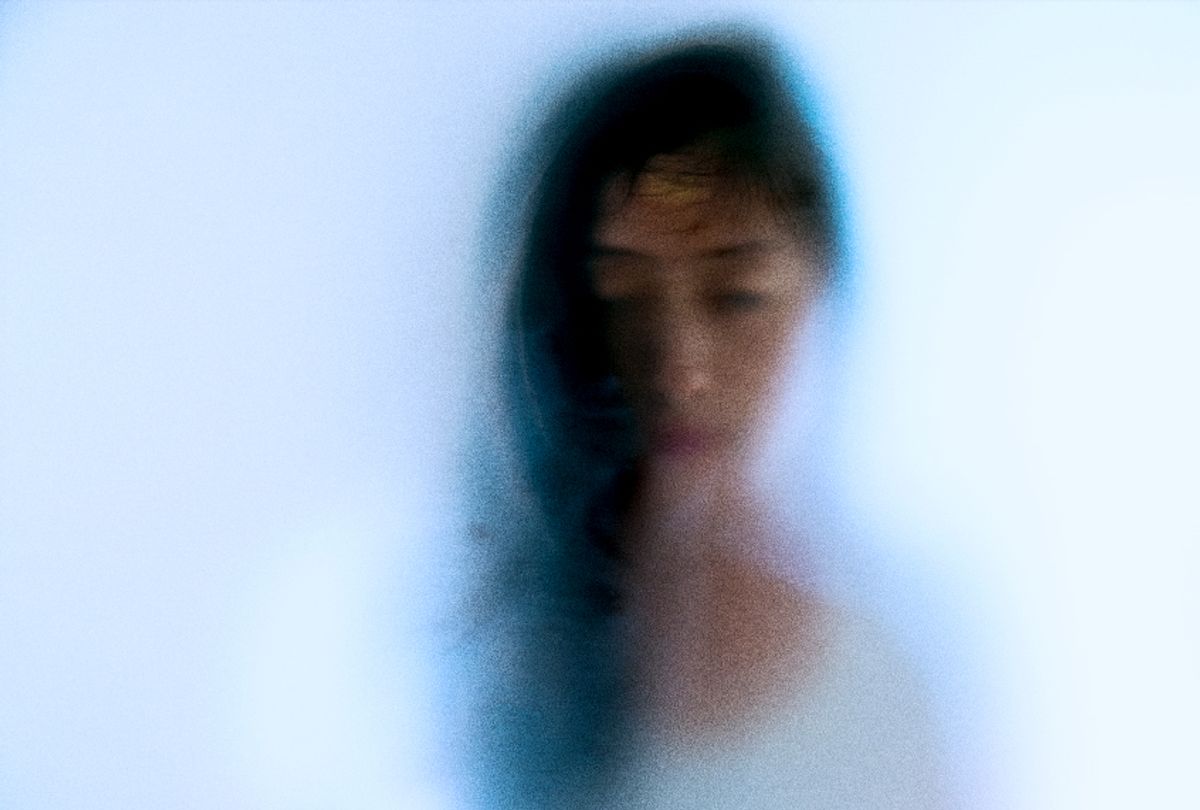 In January 2015, Barbara Lipska was working at her computer when suddenly her right hand disappeared. Having spent nearly 40 years studying the human brain as a neuroscientist, she knew such a Houdini move could herald something serious, perhaps a brain tumor. After ordering an emergency MRI, she learned that she had three. One of them was bleeding, which meant it could be metastatic melanoma. At the time, Lipska had already survived breast cancer and melanoma.

Fortunately, Lipska, the director of the Human Brain Collection Core, can add the metastasized melanoma to her list of cancers she has outlived — thanks to an an immunotherapy clinical trial. However, her journey to hold on to life included a “brush with madness,” as she calls it, which she outlines in her book, “The Neuroscientist Who Lost Her Mind: My Tale of Madness and Recovery.” Due to swelling in the brain, Lipska slowly began to lose her grip on reality, exhibiting behavioral changes similar to what someone with schizophrenia or dementia might experience — including a lack of awareness (as to how close she was to death), and a lack of judgement, empathy, tolerance and more.

Salon spoke with Lipska about her work as a neuroscientist and how her spell of mental illness changed her perspective in her work and on life.

This interview has been condensed and edited for clarity.

What surprised you the most about your experience with mental illness?

What surprised me? I could tell you right away that I had no understanding what was happening to me. I get these questions pretty often, and people say “okay, you’re a neuroscientist, you’ve studied these diseases for your lifetime and didn’t you expect that if you have tumors in the brain that you will lose it in such a way,” and I didn’t know. I didn’t.

I lost insight. I lost awareness that I am not behaving normally, which is the most frightening thing now and it will be probably until I die because when it happens again, if it happens again, I will not be able to recognize it.

You’re still working at what you refer to as the “brain bank.” For those who aren’t familiar with it, who haven’t read the book, can you share with them what you do there?

Human brains are very important to be able to do molecular studies. We bring the brain to our lab and then we dissect it into slices. Almost all the brains that we get we freeze, and then when we have an investigator or we, ourselves, want to investigate a particular brain region for particular project, we cut out a small brain region which is anatomically corresponding to our interest. We slice it into very, very thin slices or pulverize it. They look like flour after we do, and we might to do sequencing, [such as] RNA [ribonucleic acid] sequencing and DNA [deoxyribonucleic acid] sequencing.

Why are you studying these brains?

We want to take groups of people with a particular diagnosis of mental illness and compare them to [the] control, so we’re also interested in collecting brains from people who don’t have mental illness.

Has your perspective changed at your job now, since you’ve experienced a mental illness firsthand?

My perspective changed in the sense that I feel more urgency toward understanding the mechanism underlying mental illness — because we don’t yet. Many people are studying it, not only us, but we still are far away from understanding what changes in the brain are associated with schizophrenia and depression, bipolar disorder, and even dementia.

What makes it so difficult for a neuroscientist to study mental illness and get a better understanding of it?

One of my most important messages that I want to send to people [is] that I got first-hand evidence that mental illness is a disease of the brain. Mine was caused by tumors in my brain. [Some] people, of course, don’t have tumors or don’t have even anything that can be observable with the microscope. For many decades, people tried to find these differences and they found some, but they were not replicated. They were disputed. The difference [could be] at the level of gene expression, or the type of proteins that these brains of people with schizophrenia or other mental illnesses make, but we don’t know yet.

So, we will learn more about mental illness when we understand more about our genes?

Absolutely, yes. We have to keep in mind that a human genome was sequenced in 2003 and it was not really sequenced completely. We learned with years passing that there is very little junk in the genome and that everything serves some purpose, and we’re trying to decipher what this purpose is. We’re just learning in the recent years that there are so many transcripts, RNAs that are expressed by every gene. It is very rare that a gene expresses just one RNA.

There are all kinds of RNA depending on the age of a person or the circumstances or maybe on different factors, maybe not one million but a lot. When we know more about the genome, about molecules, we’ll understand better what happens in our brains, normal brains, through development or aging. There’s [a] huge question for aging also: “What happens in the brain that we lose it?” It is said that people lose their cognitive abilities with aging and at a relatively young age [such as] 50s and 60s.

In your opinion, how would you describe the difference between a human’s brain and mind?

Well, as we know, there can be a brain, but without the mind, like in my case, I didn’t know that I had lost my mind. For myself, I thought a lot about it and what that means. The brain can be something that is not functional, right? An extreme example is that it can be a brain of a dead person, but anywhere from dead to completely normal. That’s a brain. That’s infrastructure, and there is a mind which is, of course, in the brain. It is the product of the brain. It’s all this functionality.

I call it [the mind] function of the brain. But there’s been so many philosophical discussions about it and what it means to be conscious and where consciousness is. We don’t know answers to these questions. But I am a scientist in the lab; I am not that much of a philosopher.

You’ve mentioned the stigma that still remains in America regarding mental illness. In your opinion, how can that stigma be erased?

Again, if we understand, we are more tolerant. I understand it a lot more now, although I have spent my life studying it, but I’ve been there. I’ve experienced it. Of course, I am not proposing that everybody experience it before understanding because that would be cruel and impossible. But at least if people read about it like on the web, or in my book, they may get a better understanding. I think that cancer carries less stigma because there is much stronger advocacy for cancer.

What you think society generally misunderstands about mental illness?

As I said, random people, if you ask them, they think that it has to do with the so-called mind or something a little more metaphysical or mystical, depending on culture or the person you’re talking about. It doesn’t. It has to do with the brain. If I held this piece of flesh in my hand and I said, “It does everything that we are. It dreams. It allows us to dream, to run, to plan, to have inhibition, to love, and to be angry. Everything. And to remember.” It does everything.

According to my beliefs and my scientific mind, will we be able to break that code and know what it means to love someone on a molecular level. I hope we will, but I don’t know.

I’m curious from your perspective what would be the most significant discovery that could be made about the human brain to give us a better understanding of who we are and how we operate as human beings?

I think it has to start with understanding what genes do — at different periods of the human lifespan — and then maybe try to understand what happens if this normal, what I call normal, cycle is broken.

We need some technology -- I don’t know what that would be -- that would allow us to look at these billions of neurons in the human brain and understand what they do when we move, when we love, when we dream. It will be incredible to see it on a kind of plane scan, or how a particular cell in a particular brain region reacts if we do this or that, but the resolution of that is not appropriate yet.

You’ve experienced so much through surviving cancer multiple times, and mental illness. Has your perspective on life changed at all?

I’ve always been a very strong-willed and energetic person. I’ve been an athlete most of my adult life and I particularly like endurance sports, so I’ve actually been trained to survive this, what was thrown my way, because it is not that different from a marathon or a super-long triathlon. You just go on and go on and hope that pain will someday be over.

I’m very busy and I’ve always been like this and it didn’t stop. It actually increased tremendously with this book. It gave me perspective on life such that every day counts. Every single day I just squeeze as much in as possible. Don’t moan and complain about being tired or being not in a good mood — if you can.

Barbara Lipska Mental Health Neuroscience Science “the Neuroscientist Who Lost Her Mind: My Tale Of Madness And Recovery.”