Are Republicans serious about getting people to work? If so, there are real options

Republicans say they want to get back people to work. So why do they ignore policies that would actually help? 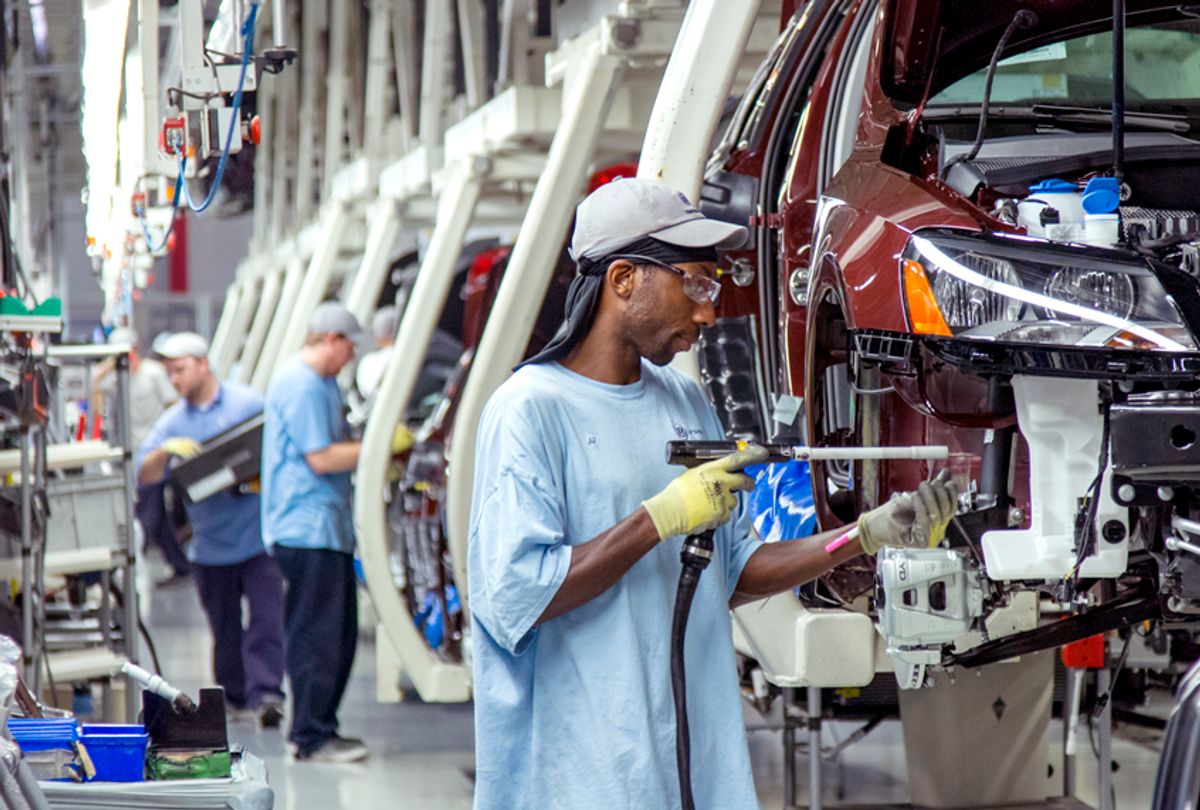 Now that Donald Trump is in office to rubber-stamp all manner of inhumane legislation, Republicans have started pushing the idea of attaching "work requirements" to all sorts of social safety-net programs. In April, President Trump signed an executive order meant to force recipients of low-income housing assistance, Medicaid or food assistance to get a job in order to retain benefits, claiming that assistance "delayed economic independence, perpetuated poverty, and weakened family bonds." Now Housing and Urban Development Secretary Ben Carson is proposing similar "work requirements" for housing assistance, and the House Republican farm bill suggests adding even more onerous requirements to those that already exist.

I put "work requirements" in scare quotes, because the grim truth is that despite all the rhetoric, such restrictions aren't really meant to get people to work who might not otherwise do so. The requirements are better understood as a pretext for depriving needy Americans of help. Ironically, they can make it harder for people to get work by making them hungry, homeless or sick — and in no condition to get hired.

Noting that the first program to try "work requirements" was Temporary Assistance for Needy Families, Bryce Covert at Rewire writes that "these requirements utterly fail to help people secure jobs and financial independence" and that much "of the decline in people who are enrolled in TANF since it was reformed has been because they were kicked off, not because they found better jobs."

It's a myth that people use assistance because they are too lazy to work. Most people want good job opportunities but may wind up turning to government aid when they simply can't find them. If Republicans sincerely want people to get off "welfare" and go to work, here are five policy ideas that would go a lot further to make that happen than any "work requirements" ever could.

1) Federal jobs guarantee. Potential 2020 Democratic candidates like Sens. Kirsten Gillibrand, Cory Booker and Bernie Sanders have signed onto this one, but if Republicans really want people to work, this is the best way to make that happen. As labor historian Erik Loomis wrote in The New York Times recently, a well-designed program would not only get good jobs to people who need them, but holds great potential "for helping revive depressed communities." Loomis envisions unemployed or underemployed workers repairing infrastructure in West Virginia, fixing water systems in Flint, Michigan and building houses for the homeless in New York.

While universal basic income has become a hip talking point, it would be a lot easier to implement if it was attached to a job guarantee program. The reality is that most Americans value work, for themselves as well as others. There are social benefits to work, which gives people structure to their day, gets them in contact with other people and can lessen isolation and boredom. A job guarantee allows people to build up work experience and skills they can use to get better jobs — which is the most effective and, to most people, most appealing road out of poverty.

2) Childcare. A lot of parents want to work full-time, or at least more hours, but simply can't do it because childcare is too expensive. People often end up relying on relatives or neighbors and find themselves having to quit good jobs suddenly when those arrangements dry up. This is a major reason that women are twice as likely as men to have used food assistance, for instance.

Federal day care centers staffed with trained, quality care providers is the clear answer here. Not only would this help parents get to work, but it would also create work in itself, as the government would have to hire and train the day care employees. That could be a great way to create jobs for the jobs program, for instance. The French do it, and so can we.

3) Living wages. Raising the minimum wage so it becomes a living wage isn't just the right thing to do, it's a good way to make sure people get to work and stay working. When people have to juggle two or three jobs to keep afloat, they're at serious risk of losing those jobs due to schedule conflicts or sheer exhaustion. People who don't make enough to pay the bills often have chaos in their lives that makes it hard to keep their jobs. If people make a living wage, they are more likely to stick to a job and start building the experience and skills that lead to more stable employment down the road.

4) Paid leave. When workers don't have paid leave, a single family emergency or child's birth often forces them out of their job. In contrast, women who get paid leave are likelier to return to work and are far less likely to use public assistance.

The good news is there's already a bill written, called the FAMILY Act, that would create a Social Security-style program to fund paid leave for everyone, including entrepreneurs and freelance workers. It would cost workers an average $2 a week, a pittance for such job insurance. If Republicans sincerely want people to work, they should immediately pass the FAMILY Act. Failure to do so suggests that GOP claims in support of people having dignified, consistent work are offered in bad faith.

5) Job training. To be clear, job training in and of itself is not a cure-all. If the jobs don't exist, training for them won't help. But the fact of the matter is that our nation's current job training needs are not being met, in part because stingy, overly indulged corporate employers won't invest in it. But with the changing economy, anyone who wants people to work, of any ideological stripe, should seek to change that. If corporations won't invest in workers on their own initiative, the government has the power to make them do so by passing corporate taxes and redirecting that money to job training programs.

But instead of investing in job training, Republicans have been busy trying to slash such programs. Trump's proposed budget decreases funding for existing job training programs, and that's on top of what is nearly a 40 percent decline in such funding since 2001 — cuts that are a direct result of Republican control of most levers of government.

The reality is that Republicans don't want to put people to work. They simply want to cut social-welfare benefits to the bone and leave people in extreme poverty they can likely never escape. Republican politicians posture about "putting people to work" because they know it sells well, even if the arguments are disingenuous. The good news is that Democrats have a real opportunity to embrace a series of programs that actually put people to work, in ways that actually help people make money, build new skills and shape a better future.