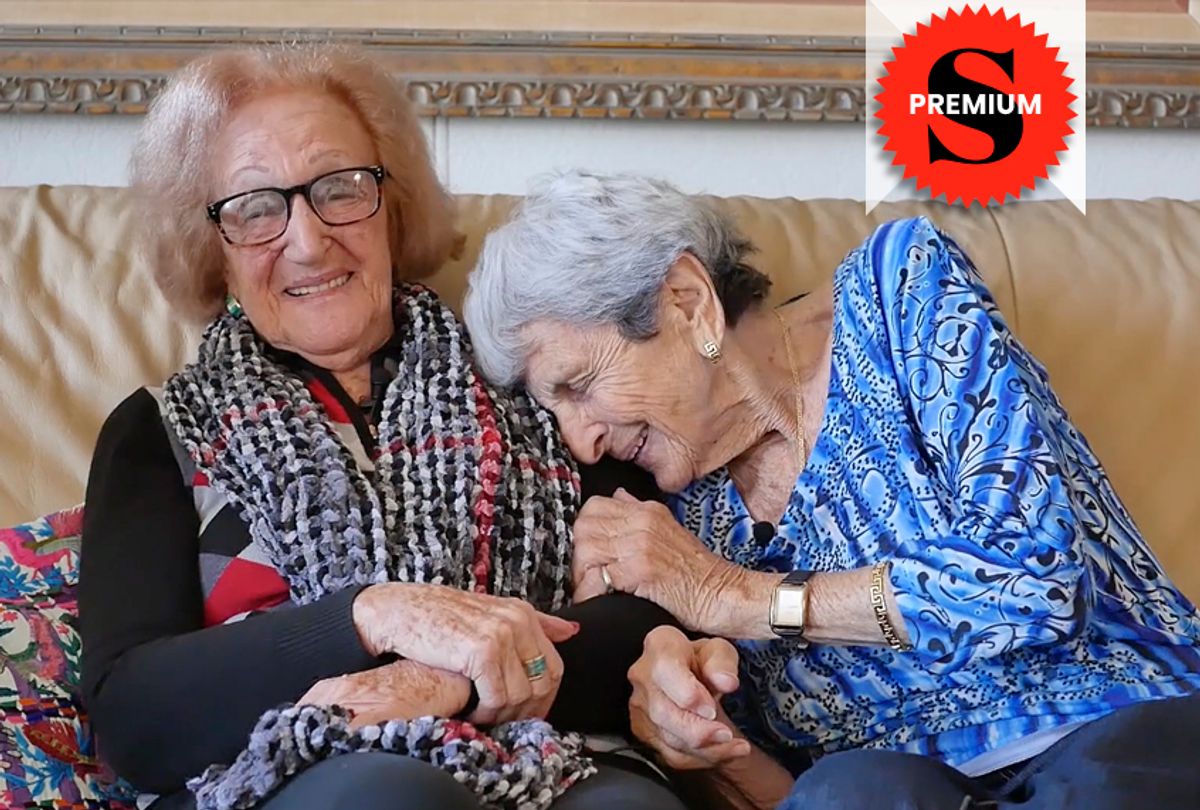 A still from "Kitty and Ellen" (Leah Galant)
--

The history that connects life-long friends, Kitty and Ellen, two nonagenarian survivors of the Holocaust, is unspeakably sad, but the present-day life that sparkles between them makes Leah Galant’s film “Kitty and Ellen” a joyful celebration.

You can watch the charming, full documentary "Kitty and Ellen" on Salon Premium, our new ad-free, content-rich app. Here's how.

Salon spoke to Galant about how she came upon her inspiring subjects and the importance of filming Holocaust-themed documentaries.

How did you get to know Kitty and Ellen?

A friend of my mother told her that she attends annual trips for healing around the world run by two incredible Holocaust survivors named Kitty and Ellen. When my mom shared this information with me, I immediately reached out to them.

The Holocaust has been a subject of so many documentaries. Can you talk a bit about how you think "Kitty and Ellen" fits with this films?

I’m so happy that the Holocaust is as widely covered as it is because there are so many facets to understanding this period of time and especially the emotional impact. As the election of Trump became a clear arc in my film, it contextualized the friendship of these two women with a foreboding quality. Even though the Holocaust is a major part of the film, at the end of the day, I feel that the story boils down to the friendship of two incredible women.

At some point in the not too-far future there will be no more Holocaust survivors left alive; did that notion influence the film at all?

Unfortunately, a recent study was released that said two thirds of Millennials do not know what Auschwitz was. This is alarming but not surprising to me.

Since I am Jewish, the experiences of my ancestors feel close to home. What motivated me to make this film was the fact that my grandparents died before I could really talk to them about their experiences. Kitty and Ellen are both alive, with so much history, that telling their stories amidst this uncertain political climate became imperative.

Can you describe the animation production process?

I had a whole team for the animation.  First, I would storyboard based on what Kitty and Ellen had said.  Next, my own mother, Maria Pia Marrella, who is a talented artist and illustrator, drew up all of the visual elements. Then I prepared the elements in photoshop so that my animator, Mandy Wong, would use puppet rigging and After Effects to bring my mother’s drawings to life. I was inspired by the film “Bacon & God’s Wrath” for this animation technique.

Can you give us an update on Kitty and Ellen since the film was completed?

Kitty and Ellen are both alive and their friendship is as strong as ever. It is unclear if Ellen will be able to make the next trip but since filming Kitty has already gone on two more!

I just finished a film called “Death Metal Grandma” about another incredible Holocaust survivor named Inge Ginsberg who at the age of 97 is attempting to break out as a death metal singer. The film had its world premiere at SXSW and will play at Hot Docs. Just as I did with "Kitty and Ellen," I created this film with the support of my incredible mentor Sean Weiner at the Jacob Burns Film Center’s Creative Culture program.

Here is the trailer and for more information on screenings for both these films, and for future projects you can visit leahgalant.com.