Robert Mueller's questions for Donald Trump: Who wrote them? Who leaked them? What do they tell us?

Those questions were probably written by Trump's lawyers, not by Mueller — and sparked a tweet-storm weeks ago 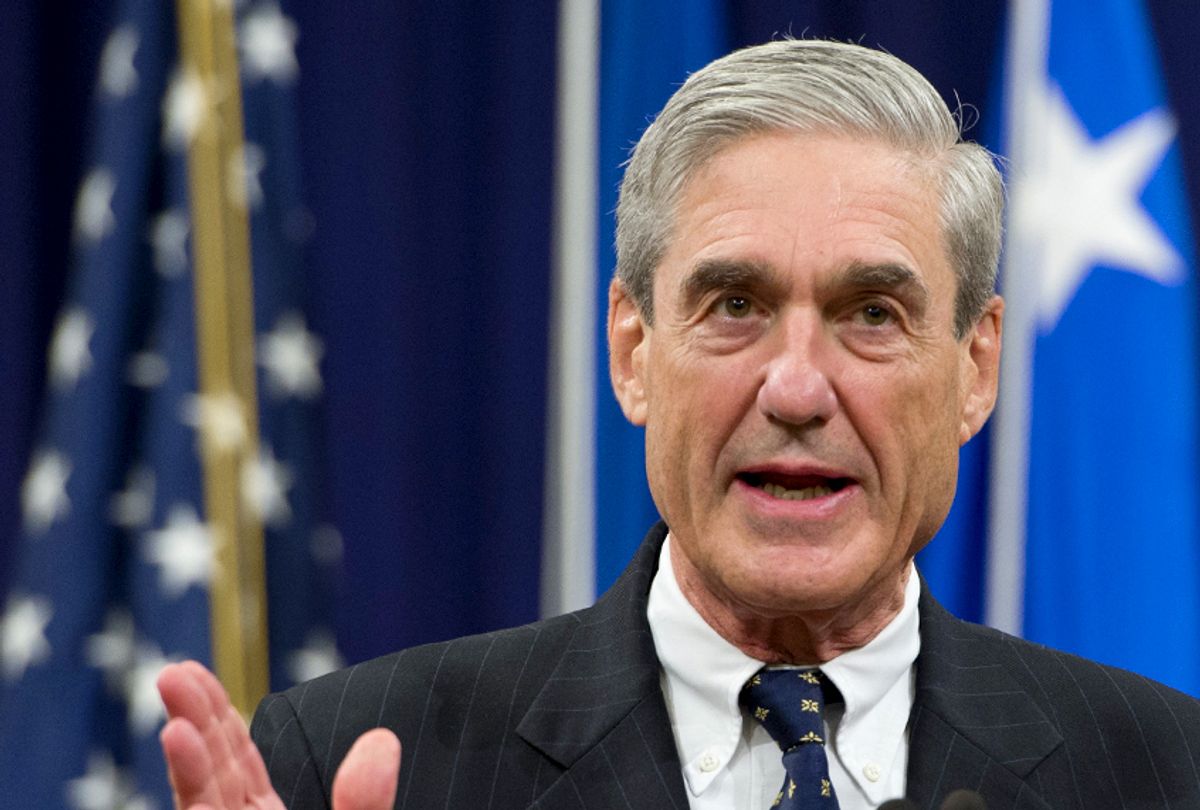 It's rare, during this tumultuous era, that a single political story stays relevant for more than a few hours before something else even more important or scandalous drops. But 24 hours after it broke, The New York Times' list of 49 questions Robert Mueller reportedly has for President Trump is still being discussed and analyzed. And that's in spite of a very juicy story about Trump's former doctor's office supposedly being raided by Trump's bodyguards, who demanded all his medical records -- and the doctor's admission that Trump had dictated his own suspiciously glowing medical report during the campaign.

It's interesting that this particular Mueller story has such legs, because when you look at the questions, they almost all derive from public records and media reports. The legal beagles on cable news insist that prosecutors never ask a question to which they don't know the answer, which strikes me as completely improbable unless they are questioning someone on the witness stand. But Mueller's team probably does have the answers to these particular questions, because Trump has either tweeted out plenty of clues or blurted out some revelation during one of his blabby "press avails." Perhaps the special counsel thinks that since most of these questions are already in the public domain and do not touch Trump's personal finances, the president would feel confident enough to present himself.

It doesn't seem to have worked out that way. These questions enraged Trump — and we know this not by his hysterical tweets on Tuesday morning but by his tweets after those questions were first presented to him back in March. That was the weekend after Andrew McCabe was fired, when Trump's attorney John Dowd screwed the pooch by giving this statement:

I pray that acting Attorney General Rosenstein will follow the brilliant and courageous example of the FBI Office of Professional Responsibility and Attorney General Jeff Sessions and bring an end to alleged Russia Collusion investigation manufactured by McCabe's boss James Comey based upon a fraudulent and corrupt Dossier.

That was originally provided as an official statement on the president's behalf and then rapidly walked back, with Dowd claiming he was just speaking for himself. (Everything about it, from the bombastic tone to the strange word choices to the erratic capitalization, sounds dictated from on high.) In any case, it was a sign temperatures were rising at the White House that weekend. As you may remember, Trump tweeted madly about McCabe and Comey:

This went on with more tweeting about McCabe and Comey through the weekend. Then he mentioned Mueller's name for the first time:

At the time, the combination of Dowd's bizarre statement and Trump's unprecedented attacks on the Mueller team were interpreted as a new, more aggressive posture by Team Trump. But at this point, it seems obvious now that this epic meltdown was Trump's response to this long list of questions.

It's not clear exactly how this list was compiled, and that's an important part of the story. Was it given, as is, by Mueller's office, as the New York Times indicated?

[I]nvestigators for Mr. Mueller agreed days later to share during a meeting with Mr. Dowd the questions they wanted to ask Mr. Trump.

When Mr. Mueller’s team relayed the questions, their tone and detailed nature cemented Mr. Dowd’s view that the president should not sit for an interview. Despite Mr. Dowd’s misgivings, Mr. Trump remained firm in his insistence that he meet with Mr. Mueller. About a week and a half after receiving the questions, Mr. Dowd resigned, concluding that his client was ignoring his advice.

That report doesn't specifically say that the questions were written by the special prosecutor's office, but numerous commentators have been frantically parsing them for what the wording may suggest about the direction of the case and what evidence Mueller already has. Not so fast. According to the Washington Post, the questions weren't presented in those words at all:

Mueller’s team agreed to provide the president’s lawyers with more specific information about the subjects that prosecutors wished to discuss with the president. With those details in hand, Trump lawyer Jay Sekulow compiled a list of 49 questions that the team believed the president would be asked, according to three of the four people, who spoke on the condition of anonymity because they were not authorized to talk publicly . . .

After investigators laid out 16 specific subjects they wanted to review with the president and added a few topics within each one, Sekulow broke the queries down into 49 separate questions, according to people familiar with the process.

If this is true, then these questions really reflect the defense team preparing its client for what he's likely to face. It's a customary legal strategy that may provide very little specific information about the state of Mueller's investigation.

Nonetheless, parsing the wording of these questions is a useful exercise. If they were put together by Trump's legal team in hopes of dissuading him from an interview, their choice of language could easily point to the areas in which Sekulow and others believed Trump was vulnerable.

You also have to have to consider that Trump's lawyers were probably also trying to keep him from getting so angry that he fired Rosenstein and/or Jeff Sessions and triggered a constitutional crisis. Mueller had threatened them with a subpoena. They were walking a fine line.

Dowd resigned or was fired just a few days after that wild weekend. It has been assumed that was over his inability to persuade Trump not to consent to an interview. But maybe it was just that Trump felt the need to punish someone for showing him those questions and letting him know what kind of trouble he was in. So as despots and tyrants are wont to do, he killed the messenger.

As for the big parlor-game question of who leaked the list of questions to the Times: Who knows? Dowd swears he didn't, the White House says it didn't and even if Mueller's office ever leaked things to the media, which it doesn't seem to, these questions weren't written by his team so that leaves him out. On Tuesday, Fox News correspondent Ed Henry reported that sources "in the Trump orbit" speculated that the president had leaked the list himself so all the possible witnesses would be on the same page and Trump's supporters would see evidence that (in their view) Mueller is overreaching. That sounds as reasonable as anything else I've heard. Donald Trump is simply incapable of stopping himself from obstructing justice.