Where do rural LGBT farmers go for advice, or a friendly ear? They call the "Landline"

Watch this lyrical recreation of the conversations farmers in the UK have with a chaplain, now streaming on Salon 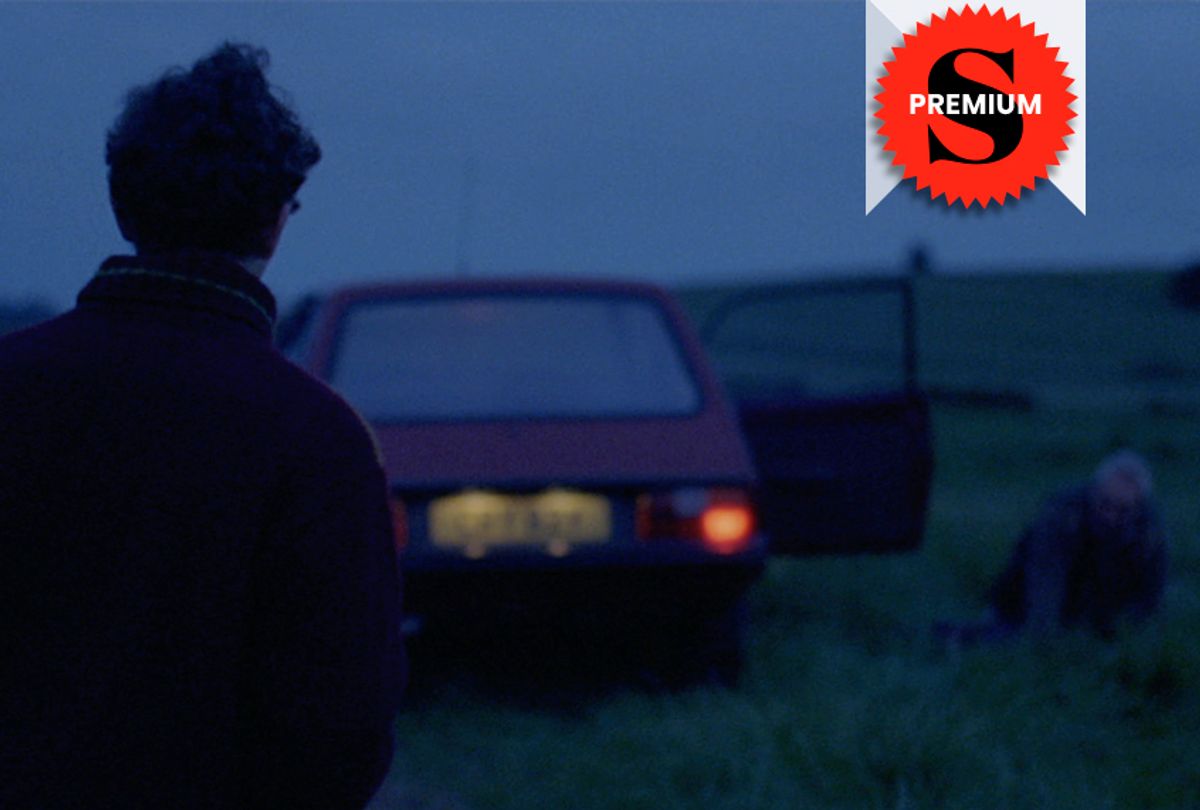 A still from "Landline" (Matt Houghton)
--

There’s a quiet, gripping drama to listening in on the UK helpline set up by a chaplain for gay farmers that is featured in “Landline.” But don’t worry about the voyeuristic ethics; the conversations and visual are recreations, with the collaboration of the callers themselves, by director Matt Houghton.

Houghton spoke with Salon about his signature, lyrical approach that blends fiction and nonfiction in his depiction of a rarely heard community: LGBTQ farmers who live in small, often intolerant, communities.

How'd you get the idea to make this film?

I have always been drawn to ideas surrounding shared experience. Speaking to a good friend Rupert Williams one evening, we got talking about what it was like for him growing up in a farming family as a gay man and the unique sense of isolation that he felt. As we researched further, we began to understand the extent to which being an LGBTQ farmer was so heavily wrapped up in ideas of identity. Keith Ineson’s helpline seemed a unique lens through which to explore these ideas. Over the course of about a year, we collected stories and experiences from LGBTQ farmers who have at one time or another called the helpline. A series of recorded telephone conversations emerged as the emotional center of the film.

I'm not sure I've seen anything else quite like it; can you think of other documentaries that use phone calls and reconstructed visuals in at least a similar way?

Thanks! I’ll definitely take that as a compliment! I wouldn’t say there were any specific films that I had in mind when I was establishing the style and framing device of “Landline” but I am very interested in documentaries that push the form. I work in both documentary and scripted film and in recent years I have become increasingly interested in making films that experiment with story structure and that blur the boundaries between fact and fiction. A lot like my previous short, “Dear Araucaria,” the idea with “Landline” was that the structure of the film itself is influenced by the subject matter. I loved the idea of making a film that in some ways felt like being on the end of a phone, listening to these stories. We wanted to create an active conversation where the stories of a group of individuals compound and react with each other to paint a broader picture. To me, it’s defined by its intimacy but in depicting the very personal, my hope is that it poses questions about much broader ideas surrounding community, family and masculinity. It’s an experiential take on the documentary form with the helpline at its center.

Were those the actual recorded conversations from the helpline?

No, for obvious reasons the helpline conversations aren’t recorded. The testimony in the film is from a series of telephone conversations that I did with people who had called the helpline in the past. They were fairly long (often well over an hour) and quite free-flowing. From these, we found the stories and moments that we felt resonated most poignantly. The film hangs totally on the honesty and openness of our contributors. Without their generosity, it wouldn’t have been possible.

Can you tell me a bit about the chaplain who set up the helpline?

In 2010, Keith Ineson, a chaplain from the north of England, set up the helpline. After seeing many from this world struggling with their sexuality, often finding it hard to come out and suffering feelings of loneliness and isolation, the helpline was there to offer a friendly ear. In the years since, Keith has provided support to hundreds of LGBTQ+ farmers who often had nowhere else to turn, as well as establishing a support network of social groups.

How have local communities responded to the helpline and to the film?

We’ve had an incredible response from not only local communities in the UK but also in rural areas all over the world. The film ran as part of the British Council and BFI Flair’s #FiveFilms4Freedom campaign which made it available to watch in every country in the world, including those where LGBTQ+ rights are extremely restricted or where it’s illegal. It was seen almost half a million times in twelve days and we had some amazing responses from people in places that we never would have dreamed would get to see the film.

The helpline has been running for the best part of a decade and it’s made a huge difference to countless people and communities. Alongside the helpline, Keith has set up a number of social groups, Facebooks groups — both public and anonymous — and continues to foster a safe environment for those struggling. As part of the project, we’re also raising funds to help Keith continue to run the helpline. In the longer term, Keith hopes that the helpline is not needed but until then, he wants to raise awareness and support the community through the work that he does.

In a couple of months, my experimental short "Hands Up, Chin Down" is premiering at a great film festival that I’m really excited about. As well as that, I’m currently in the edit on an observational documentary being made with “The Guardian” that’s due for release next month. In the longer term, I’m also in the research phase on two shorts and a feature project but unfortunately I can’t say too much about them right now. What I can say is that, to varying degrees, they all take some of the experimental approach applied in “Landline.”

Listen in on the unusual "Landline," which has become a lifeline for many LGBTQ farmers, streaming on Salon Premium, our new ad-free, content-rich app.