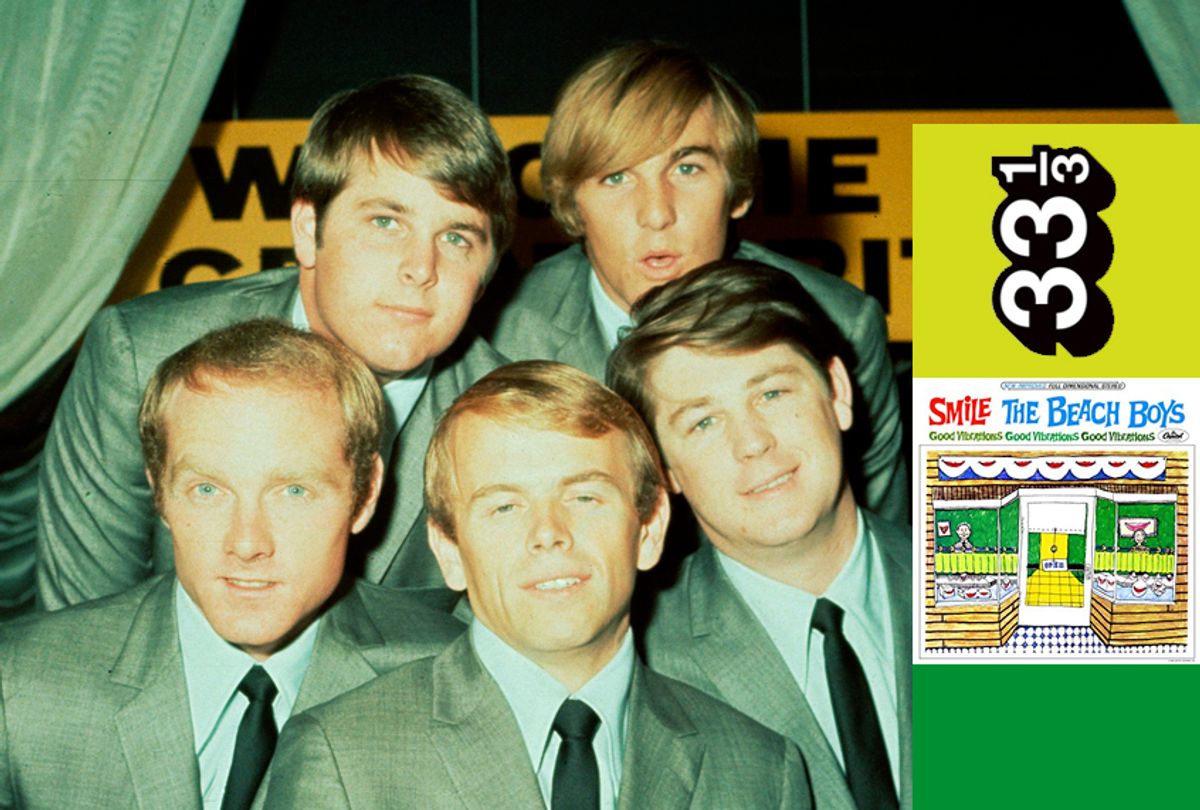 Excerpted from "The Beach Boys' Smile" by Luis Sanchez (Bloomsbury, 2014). Reprinted with permission from Bloomsbury Publishing.

The drift of influence between Brian Wilson and Phil Spector was fraught with one-sided expectation and imbalance of respect. It played out to mortifying effect when Brian offered one of his own songs, “Don’t Hurt My Little Sister,” for the wall of sound treatment, pitching it as an arrangement for Darlene Love in the summer of 1964. Spector took the gesture as an opportunity to embarrass his eager admirer. At first he humored Brian by taking the time to record an instrumental backing track for the song, even coolly inviting him to participate in a recording session for it. Brian was somewhat taken aback by Spector’s acknowledgment, but he agreed to play piano for a number of takes, nervously, expectantly, before Spector cut him off abruptly and sent him on his way, thanks very much. Later, he told Brian that his piano playing just maybe wasn’t up to snuff and he had no plans to ever finish the record, so don’t ask. An official American Federation of Musicians paycheck was drawn and sent to Brian for the exact time he put into the session. If such a slight even fazed Brian, he didn’t acknowledge it publicly, and “Don’t Hurt My Little Sister” eventually wound up on The Beach Boys’ "Today!" album, sung from the perspective of a protective older brother.

Spector and Wilson each shared a strong sense of how to make good pop music, but their creative dispositions were like the inverse images of each other. Where one had a natural talent for singing, songwriting, arranging, the other was neither a natural performer nor a consistently strong enough composer to write autonomously. Where one shied away from the assertiveness of business proprietorship, the other embodied it with style.

The force of Spector’s studio craft can be heard in the way it subsumes the materials of its process. For all of its magnificent impact, the music he envisioned, committed to tape and put out into the world, is possessed of self-aggrandizement, where a density of sound is dominated by the force of personality. A record like the 1963’s “Be My Baby” is practically impenetrable. The double boom, boom-boom, thwack! drum pattern that bursts the song open sounds like thick slabs of concrete stacking together, setting up a chamber with an opening just big enough for The Ronettes to sing from. Veronica Bennett pleads with such conviction and it seems like it has enough power to devastate Spector’s wall. But the architecture the song erects is too constrictive. As hard as Bennett’s wail pushes, it always echoes back on to itself; and when the music was no longer enough to keep it contained, Spector eventually made the song a grim fact, turning his marriage to Bennett into her real-life prison well into the 1970s.

Of all of Spector’s work, “Be My Baby” etched itself the deepest into Brian’s mind. In its own way, this recording is a gaping enigma in the story of Brian’s journey as an artist. Throughout the years, it comes up again and again in interviews and biographies, variably calling up themes of deep admiration, a source of consolation, and a baleful haunting of the spirit. Author David Dalton tells a particularly evocative story about spending time at Brian and then-wife Marilyn’s Bel Air home in the late ’60s aftermath of "Smile." While the couple is away, he discovers a box of tapes inside their bedroom one day. “I assumed they were studio demos or reference tracks and threw one on the tape machine. It was the strangest thing,” he wrote. “All the tapes were of Brian talking into a tape recorder. Hour after hour of stoned ramblings on the meaning of life, color vibrations, fate, death, vegetarianism and Phil Spector.” Dalton sketches Brian’s preoccupation with “Be My Baby” in terms of a spiritual seeker assiduously attempting to penetrate the mysteries of an occulted object. Brian kept copies of the song available everywhere inside his home, in his car, at the studio, for constant immersive listening. The final result of the story and the variations of it that accumulate from an array of biographies and documentaries is an image of wretchedness: Brian locked in the bedroom of his Bel Air house in the early ’70s, alone, curtains drawn shut, catatonic, listening to “Be My Baby” over and over at aggressive volumes, for hours, as the rest of The Beach Boys record something in the home studio downstairs.

The woeful irony here is that years before Brian retreated impetuously to the safety of a real or manufactured catatonia, he not only mastered the keyed-up instrument combinations and high-stakes Wagnerian sensation of Spector’s sensibility, but he also worked out a way to breach its ferocity. While putting together material for The Beach Boys’ spring 1964 album, the stupidly titled "Shut Down Vol. 2," Brian wrote “Don’t Worry Baby,” a song that he hoped would convince Spector after “Don’t Hurt My Little Sister” failed to. For Brian, the allure and power of creative proprietorship never compelled him the way it compelled Spector; the satisfaction of having one of Spector’s girl groups be the voice of one his songs was in itself more than enough of a reason to pursue collaboration. Fortunately or not, Spector never expressed an interest and Brian recorded “Don’t Worry Baby” with The Beach Boys and released it as the B-side on the single for “I Get Around.” Despite the title’s obvious reference to “By My Baby,” the overall effect of The Beach Boys record is radically different from anything Spector could have achieved with it.

On the surface, “Don’t Worry Baby” is a reiteration of the hot rod idea, but in tone and atmosphere it works against its lyrical narrative. It tells a thin story about a guy so convinced by his own braggadocio that it leads him and his car crew to an inevitable face-off with their own potential death. It’s not the particulars of the drag strip that matter here, but that the guy confesses his fear to his girlfriend, who quiets his mind with a simple phrase. Sung by Brian in an aching falsetto, the refrain “don’t worry baby” ripples so supremely that it easily capsizes the monolithic record that inspired it, defusing Spector’s claustrophobia, and resolving the problem of how to achieve dimension within the anatomy of the monaural single. “The word pictures for ‘Don’t Worry Baby’ never quite jelled beyond the force of their prayerfulness, but Brian sang them with celestial zeal,” wrote rock biographer Timothy White. I like this description, but I’m not sure the qualification White makes is necessary. The song was co-written by Brian’s then-hot rod collaborator/lyricist Roger Christian, and it’s a prime example of the way the best Beach Boys records use simple words and phrases to sensational vocal effect. The brilliance of “Don’t Worry Baby” isn’t that it advances a narrative about hot rod racing but that it transforms it into a revelatory set piece about the emotional volatility of the teenage male. It also represents the moment when Brian publicly matched Spector for commitment of feeling within the framework of the teen pop single and raised the stakes for what both of them would achieve with one of pop’s most persistent clichés.