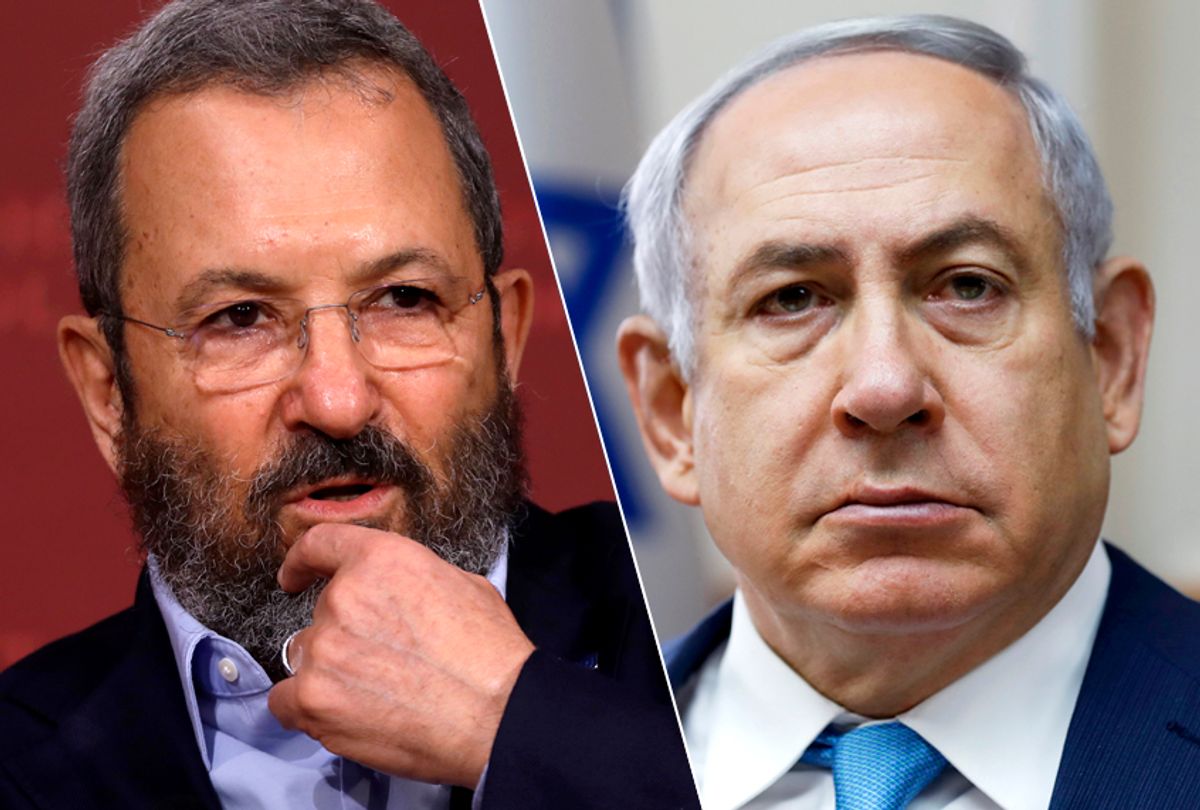 As Israel prepares to celebrate its 70th anniversary later this month, the country continues to face a number of existential crises  — and internal threats stemming from the tenure of its current prime minister, Benjamin Netanyahu. In his aptly timed new memoir, "My Country, My Life," former Israeli prime minister Ehud Barak describes Netanyahu's administration as "the most right-wing, deliberately divisive, narrow-minded, and messianic... we have seen in our seven-decade history."

Barack's  "My Country, My Life" (St. Martin's Press, May 8) is more than just a pointed critique of Netanyahu's administration; it is also a story of Israel's history, as told by a man who lived there before it was a nation and served in both military and political capacities during crucial moments in its development.

"I happened to have an interesting life because I was born a few years before the creation of the State of Israel and was 6 years, a kid, during the crucial moment of its coming to life," Barak told Salon. While a tremendous sense of pride beamed through his voice, it is clear both in his book and from our interview that Barak is a man deeply concerned about the future of his country.

"Where are we heading?" he asked rhetorically. "Is our vision one state between the Mediterranean and the River Jordan, which will mean either non-Jewish or non-democratic? Because there are millions of Palestinians there with their own national vision. And in any way, no matter how you look at it, if they can't vote for the Knesset [Israel's parliament] it's non-democratic, and if they can it's not a Jewish state!"

Barak, it is worth noting, was one of the last Israeli prime ministers to engage in a meaningful effort at a lasting peace agreement between Israel and the Palestinians. The Camp David summit in 2000 between himself, Yasser Arafat and President Bill Clinton failed for a number of reasons (such as Arafat wanting complete control over the Old City in Jerusalem), but at least a good-faith effort was made by Barak to bring about lasting peace between the two peoples. The failure of the accords contributed to the end of his tenure as prime minister, although he did later serve as a defense minister for Netanyahu.

Yet considering how Israel's standing in the global community has deteriorated during the subsequent hard-line administrations of Ariel Sharon, Ehud Olmert and Netanyahu himself, Barak's peace efforts may redound more to his credit than not in retrospect.

"The real test is always in action, morality," Barak told Salon when asked about American Jews who support Israel's right to exist but oppose its treatment of Palestinians (last year 55 percent supported the formation of a Palestinian state). "So we can at least minimize the damage from this impression by taking a different policy. I will not justify turning our policies just in order to make American Jews more satisfied, but I think there is a much more profound reason: It's better for Israel. I describe an attitude that includes no hatred but a sober understanding of our interests."

Later in the interview, Barak returned to how Israel improving its treatment of the Palestinians could help disarm the negative image being spread about the country by its enemies.

"It could be a strategic counterweight, a counterbalance, to the sheer propaganda that's spread from Tehran to Baghdad to Damascus to Beirut," Barak told Salon. "And it's sensible even for the strategic interests of the United States. But it won't fly unless Israel will contemplate changing our attitude to the Palestinians without risking our security."

Barak also mused about the ethical scandals facing Prime Minister Benjamin Netanyahu, who has been accused of bribery, fraud and breach of trust. Despite his policy disagreements with Netanyahu, Barak seemed mournful as he reflected on what the ongoing legal crises mean for the current prime minister.

"It's a real challenge. Bibi's a person who has his own set of achievements in life and in government, but being there for too long probably," Barak told Salon. "Probably the boundaries of what could be done and what isn't done get somewhat blurred."

He added, "I think that it's bad for Israel. It's bad for him. I'm not happy to see this."

Barak went on to recall one of his own encounters with a prime minister corruption scandal.

When I asked Barak if he thought Netanyahu should resign, he answered unequivocally in the affirmative.

"He should announce that, as long as he's dealing with his private issues and investigations, that he cannot run a country where he will make decisions that will pertain to the lives of other people," Barak told Salon.

Even if Netanyahu resigns, there is no guaranteeing that a comparative moderate like Yair Lapid, head of the centrist Yesh Atid party, would take over in his stead, according to Reuters. There are a number of right-wing figures who support Netanyahu's hawkish policies and could be expected to continue them if they sought to replace him and succeeded, such as Education Minister Naftali Bennett, Public Security Minister Gilad Erdan, Intelligence Minister Israel Katz, Defense Minister Avigdor Lieberman and former Education Minister Gideon Saar.

That is why Barak's approach — which is to prioritize finding a humane peace with the Palestinians so that Israel can be strong not only militarily, but morally as well — is so welcome at this juncture in the nation's history. Netanyahu may be a bad prime minister, but like Donald Trump in the United States, he is only a symptom of a deeper problem. For Israel to correct it, it needs to find leaders who will make concessions and compromises in the name of peace just as much as they will assiduously defend Israel's national security interests.