Rage, then hope, over Eric Schneiderman: #MeToo is working — at least on the left

It's frustrating that a "feminist" man is accused of abuse, but progressives are getting better at handling this 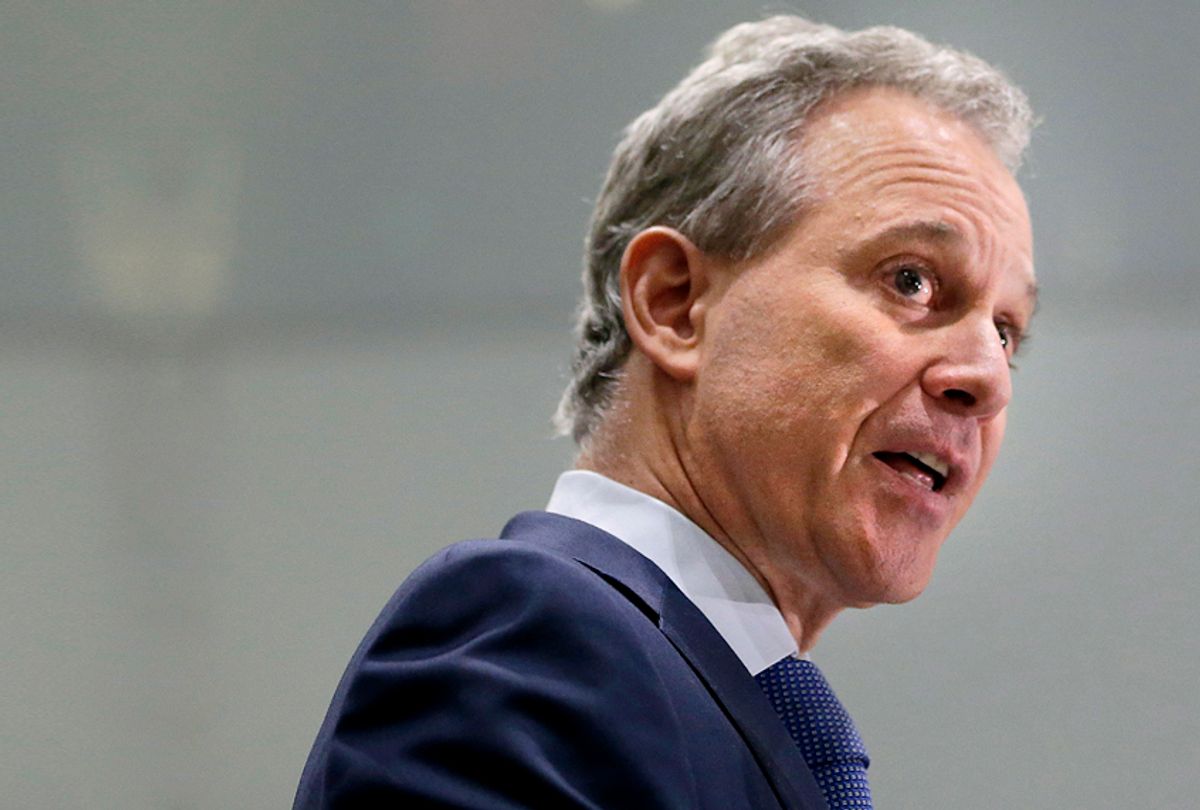 It's been seven months since a New York Times story about movie mogul Harvey Weinstein's long history of sexual abuse kicked off the movement that pushed Tarana Burke's #MeToo campaign to prominence, but the outing of powerful men for sexual harassment and abuse shows no real signs of slowing down. Despite claims from some, such as writer Jonathan Chait, that seeing stories of such treatment reported is a "big win" for women because of the attention it brings them, the reality is that for most women, supporting #MeToo brings a large amount of stress. This is especially true when one of the men who is reported on is one you've long considered "one of the good ones."

It was a gut punch reading The New Yorker story by Jane Mayer and Ronan Farrow, published late Monday, about New York attorney general Eric Schneiderman being accused of extremely serious abuse by four women. The details are sickening; the reporting includes claims that he slapped women, choked women and was so emotionally abusive that one of his girlfriends starved herself sick in a futile effort to please him.

Even more upsetting was the distance between Schneiderman's public persona, backed up by quite a bit of action, as one of a stalwart feminist and progressive advocate, and the reports of his alleged behavior. Just last week, as The New Yorker story indicates, he was commended with a "Champions of Choice" award at a luncheon for the National Institute of Reproductive Health. I personally attended that luncheon and can attest that he received a warm welcome from the mostly female audience, who applauded his fierce rhetoric defending a woman's right to bodily autonomy.

I find myself angry on behalf of those women, who of course had no idea at the time that journalists were already working on a story that would expose Schneiderman in this way. And I'm angry for all the women, many I know socially or through work, who have had to speak out about the abusive treatment they've received at the hands of progressive men who proudly touted their feminist credentials in public while harassing or abusing women in private.

It's demoralizing. I saw the news about Schneiderman after coming home from seeing a movie and stomped around my Brooklyn apartment, ranting about how frustrating it is that so many so-called "feminist" men are scum. I worried about the mental health of other women who, like me, are struggling to deal with all these stories. I thought about all my own unpleasant, even traumatic memories of "feminist" men who have a very different face in private.

But amidst all this sadness and rage, there's reason to actually feel pangs of hope. It's important to remember that there's a reason for all these stories coming out, a reason so many women are sucking up their terror and desire to forget and speaking their truths: Because in doing so, there's a real possibility of change.

The Schneiderman story is a good example. Within hours of The New Yorker piece coming out, Schneiderman himself was out, a resignation that happened so quickly, I learned of it before I had even read the story that caused it. This follows the larger pattern, at least among progressives and Democrats, of these incidents being taken seriously and real consequences following for the men who are accused. Sen. Al Franken, Rep. John Conyers, publisher Don Hazen, Rep. Ruben Kihuen, publisher Hamilton Fish, and other men on the left have been outed and faced the loss of their jobs.

In contrast, conservative and Republican circles have not been as good at policing their own, which is unsurprising given that the GOP is hostile to women's equality generally and women's right to bodily autonomy in particular. The most prominent example right now, of course, is the ongoing presidency of Donald Trump, a man who was caught on tape bragging about how he likes to "grab them by the p**sy" and "when you’re a star, they let you do it." This apparent confession of sexual assault has been backed up by 16 women making accusations that he behaves just this way, but congressional Republicans haven't even had a hearing about the issue.

And while many lower-level Republicans have just bowed out after sexual harassment or abuse accusations, plenty of Republican men find that simply hanging in defiantly means not losing conservative support. After Alabama judge Roy Moore was credibly accused of preying on teenage girls, the Republican National Committee backed his candidacy in a special Senate election and Trump campaigned for him. And after Republican Gov. Eric Greitens of Missouri was accused of blackmail and sexual assault, state Republicans publicly contemplated impeaching him, but then failed to actually do so.

All of which makes it more annoying to see Republican figures like Donald Trump Jr. and  White House spokesperson Kellyanne Conway, as well as NRA spokesperson Dana Loesch, publicly gloating about Schneiderman and implying that some kind of liberal hypocrisy is going on here. Not to say that the left doesn't have its problems — there are plenty of stories about men on the left getting away with this kind of behavior for far too long — but this story simply doesn't illustrate that.

In fact, the opposite is true. The swiftness with which Schneiderman got the boot suggests a consistency and strength in liberal values. This is a story about liberals opposing abuse and backing that belief up with action. It's actually a story about what should be happening, but often is not.

Meanwhile, of course, Loesch, Conway and Trump Jr. all support President Trump, who admitted on tape to doing what women say he does.

I'd call them hypocrites, but that implies they have values to violate. It's clear, however, that Trump and his goons don't care one single bit about women being abused or harassed. They only see it in terms of trolling liberals and scoring political points. They have no regard whatsoever for the real people who suffer at the hands of abusive men, whether those men are Republicans like Trump or Democrats like Schneiderman. And that inability to see women as people worthy of care, instead of as cards to play in a cheap political game, is a far greater moral transgression than garden variety hypocrisy.

"The fact that 2017 started with the Women’s March and ended with the #MeToo movement is not an accident."