"You guys don't have another plan," Whoopi Goldberg said to McCain. "You don't have a way to get Iran to comply." 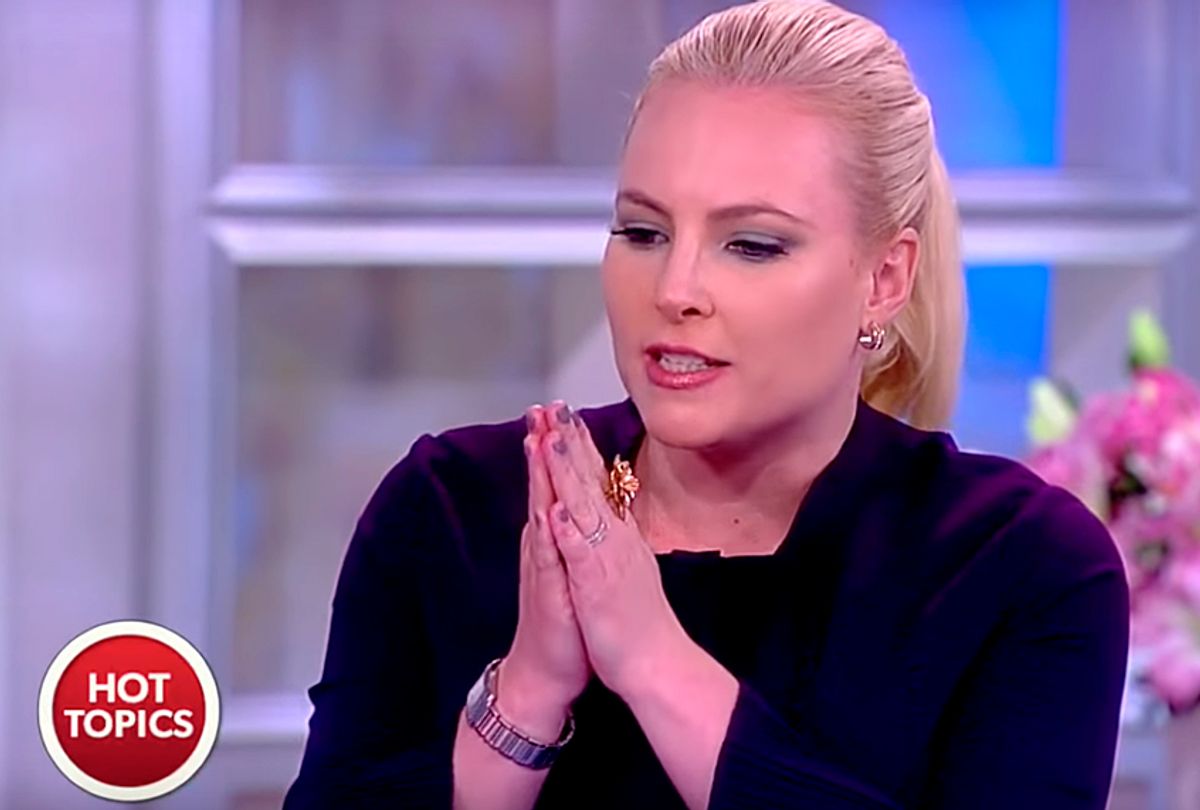 It seems like there was nothing that could have stopped the inevitability that President Donald Trump would nullify the Iran nuclear deal, one of the hallmark foreign policy achievements of his predecessor Barack Obama. Ultimately, Trump decided to fulfill one of his most vocal campaign promises, despite the urgings of his national security advisers and international peers.

In case you did not notice, Trump has a larger pattern of pulling out of Obama's deals, which he consistently insists are "bad."

So, what is Trump's deal?

"It's almost like I can't believe anything he does, because it seems to me based on a personal antagonism to Obama – and a jealousy," Behar said – and she was not joking.

Behar's brutal truth telling, which did not take into account the consistent racial tensions that Trump has stroked throughout his presidency, was too much for the show's lone conservative panel member, Meghan McCain, to handle.

"We sent $400 million in unmarked bills to the largest state sponsor of terror," McCain said. "And I don't care who you are, but we shouldn't be giving money to a country where people go out in the streets and yell, 'Death to Israel, death to America.'"

Invoking Russia, McCain, who is the daughter of John McCain, one of the Senate's chief foreign policy hawks, then doubled-down on her militaristic views.

"So now you're telling me that we should do what Russia does, as well?" McCain asked.

"I am sorry," she continued. "It is difficult for me to sit here and accept that we should be funding terror. I cannot get behind it."

What McCain never offered was a solution to the problem – a frequent criticism of many congressional lawmakers in the Republican Party. That is why Whoopi Goldberg, who is the moderator of "The View," interjected to point out that "everybody b*tches" without going the extra mile.

"Here's what's hard for me to accept: You guys don't have another plan," Goldberg said. "You don't have a way to get Iran to comply."

In case the GOP's shortcomings were not crystal clear to McCain in this case, Goldberg reiterated, "You didn't have jack. That's why it happened."

But, does Trump's decision to pull out of the Iran nuclear deal stretch beyond what co-host Sunny Hostin labeled as "campaign policy politics"? As my colleague Heather Digby Parton asked in her column for Salon on Wednesday, is a war in fact brewing with the Middle Eastern country? Now that the deal has been ripped into shreds, it is possible that Trump could push for regime change:

Trump is often understood as an old-time isolationist who just wants the U.S. to withdraw from the world so he can concentrate on mass deportations and graft. But that does not describe Bolton or Giuliani or anti-Muslim zealot Mike Pompeo, now the secretary of state, or any of the other hawks Trump has surrounded himself with. They are looking for a war. They are always looking for a war.

Really, Trump is too. He's a bully. It's his nature.

You can watch the full exchange between the co-hosts of "The View" below.